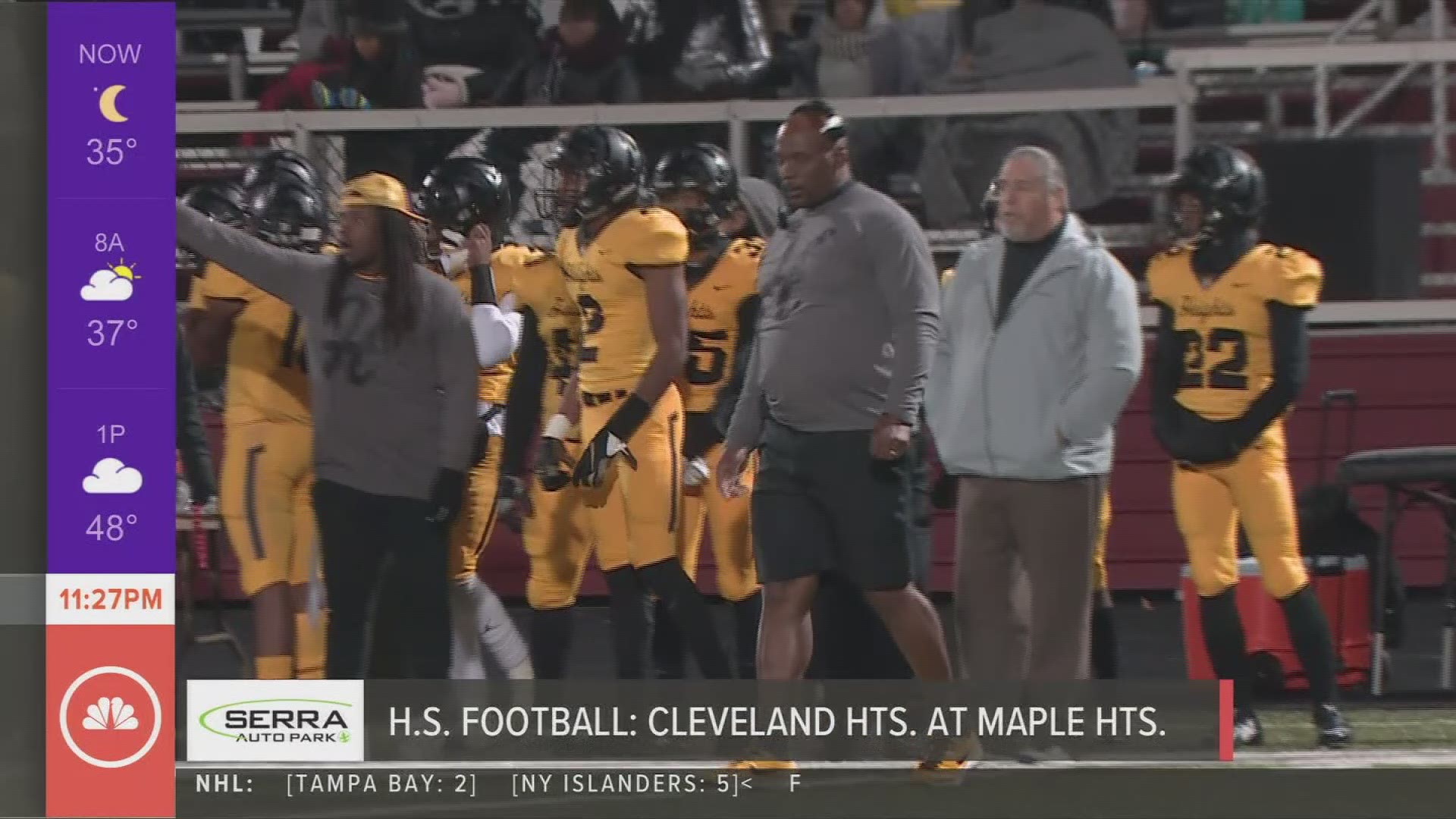 And Mac Stephens' Tigers delivered: Cleveland Heights held a 14-0 halftime edge over the Mustangs and held on for a 21-12 victory.

Cleveland Heights finishes the regular season 9-1 and is playoff-bound for the first time since 2015. The Tigers will meet unbeaten and top-ranked Mentor in the regional quarterfinals next Friday, according to joeeitel.com.

Maple Heights finishes the regular season 7-3 and is heading to the postseason for the second straight year. The Mustangs will take on second-seeded Avon Lake in the Division II, Region 6 quarterfinals next Friday, according to joeeitel.com.