The altercation at a previous home game ended with pepper spray and a gun discharged in the parking lot. 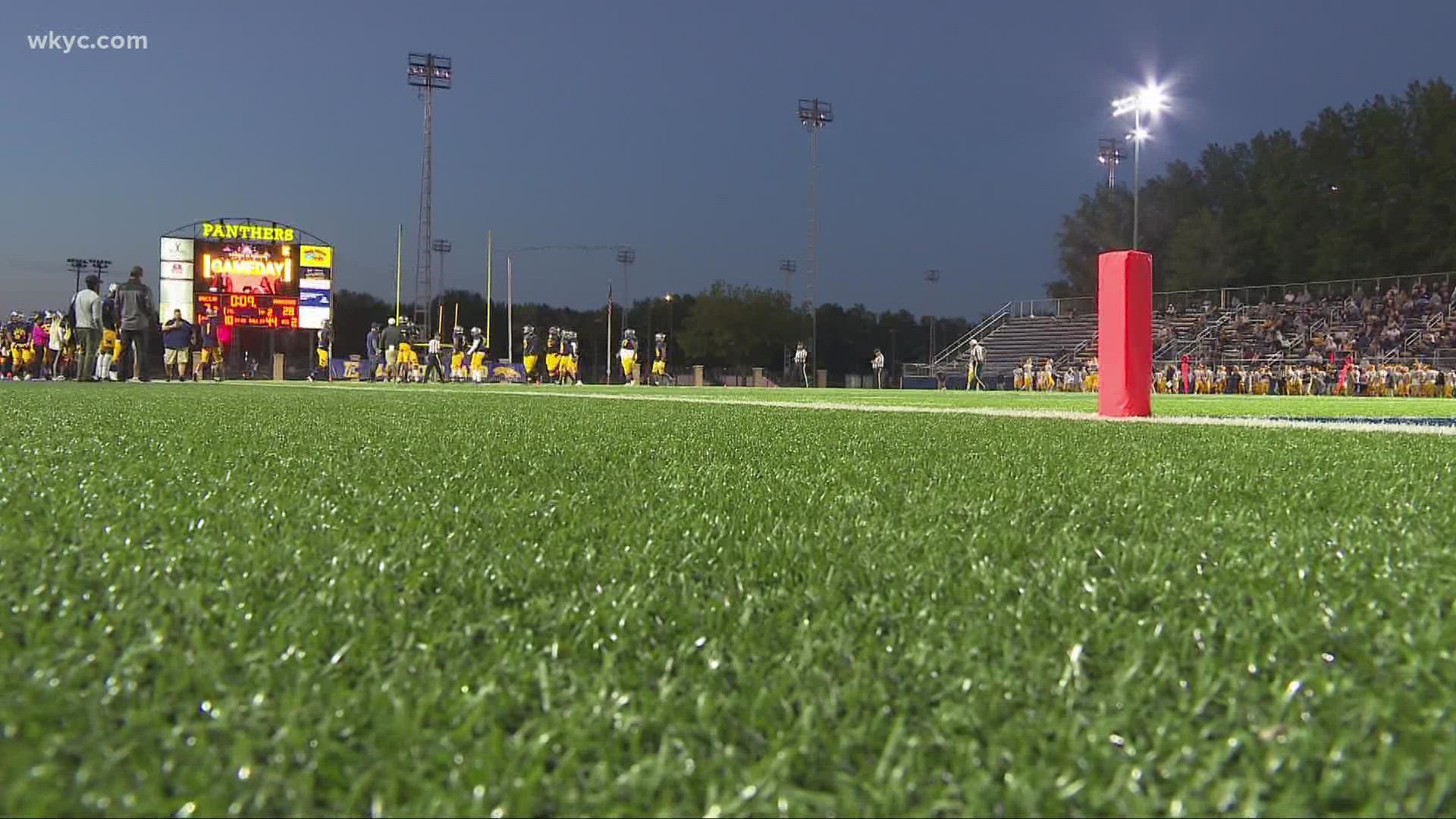 "Right here, what you see right now is what it's supposed to be like every week," Taymon Hurt, who was sitting in the stands supporting his nephew, told 3News.

The lights shined, the whistles echoed, and cleats shuffled quickly. It was a welcome change from just one week ago.

Last Friday, a fight amongst students was caught on 3News' cameras at the team's previous home game. The altercation ended with pepper spray and later a gun discharged in the parking lot.

"It was overwhelming," one parent said.

The stands are a little bit emptier this week, partially because of new protocols that were put into place. Last week, the stadium was packed for the Panthers' matchup against Cleveland Heights.

"We had a large walk up crowd and a lot of students came from all over the area," Euclid Schools Superintendent Chris Papouras said. "[Now,] we decided to go with pre-paid tickets only, students from the two high schools have to bring their IDs, any other student has to come with a parent. We're not going to allow what happened last week to define what Euclid schools are about."

Family, friends, and students say football games are for fun, and that what happened last week is not only beyond them but below them too.

"All our children are just out here trying to play a game," one parent noted.

"What was going on last week is in the past," Hurt declared.