Euclid hangs on to beat Medina 43-35 in WKYC.com High School Football Game of the Week

Dion Valentine threw for three touchdowns and ran for another in the win. 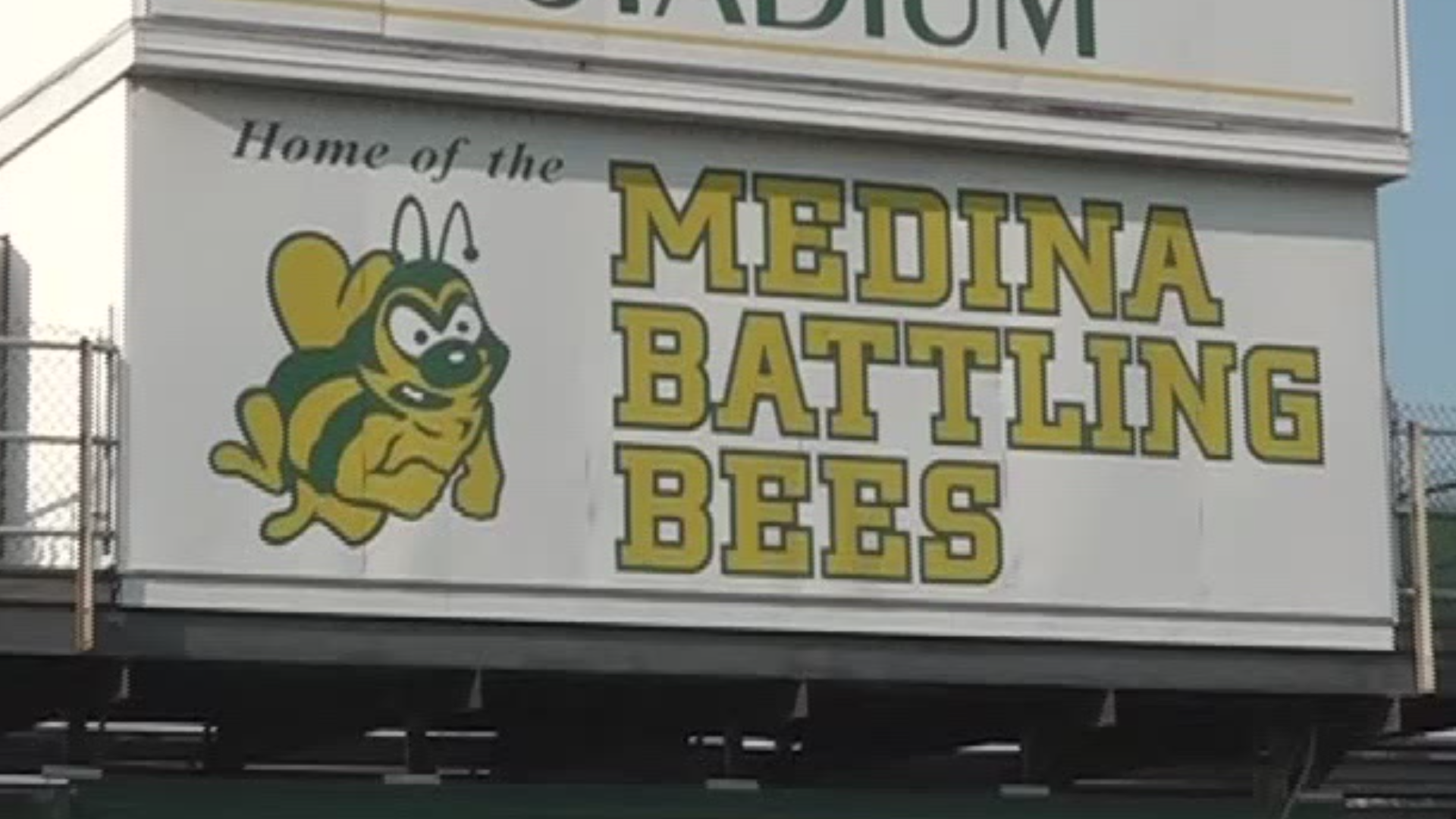 MEDINA, Ohio — It wasn't easy, but the Euclid Panthers are off to their best start in 13 years.

Jeff Rotsky's bunch earned a hard-fought victory in their Greater Cleveland Conference opener Friday night, beating the Medina Battling Bees on the road 43-35 in WKYC.com's High School Football Game of the Week. The Panthers improved to 4-0, something they have not done since 2006.

Quarterback Dion Valentine led the way for Euclid, tossing three touchdowns and running for another. Two of those passes were to Claishon Ivory, including a 31-yarder that made it 43-27 in the fourth quarter.

After leading 14-13 late in the first half, Medina (3-1) fell behind 37-14 but staged a furious comeback to close the gap to only a single score with just 2:42 left. A fourth down stop gave the Bees a chance to send it to overtime, but Ryan Gillespie's fourth down pass near midfield fell incomplete. Gillespie had two TD passes on the night.

The Panthers will head home to face 1-3 Elyria next week, while the Bees will travel to unbeaten and nationally-ranked Mentor. The Cardinals thrashed the Pioneers 73-0 Friday night to earn Steve Trivisonno his 200th career win.

You can re-listen to the full game below, as called by Dave "Dino" DeNatale: