The Eagles are Southwestern Conference champions yet again. 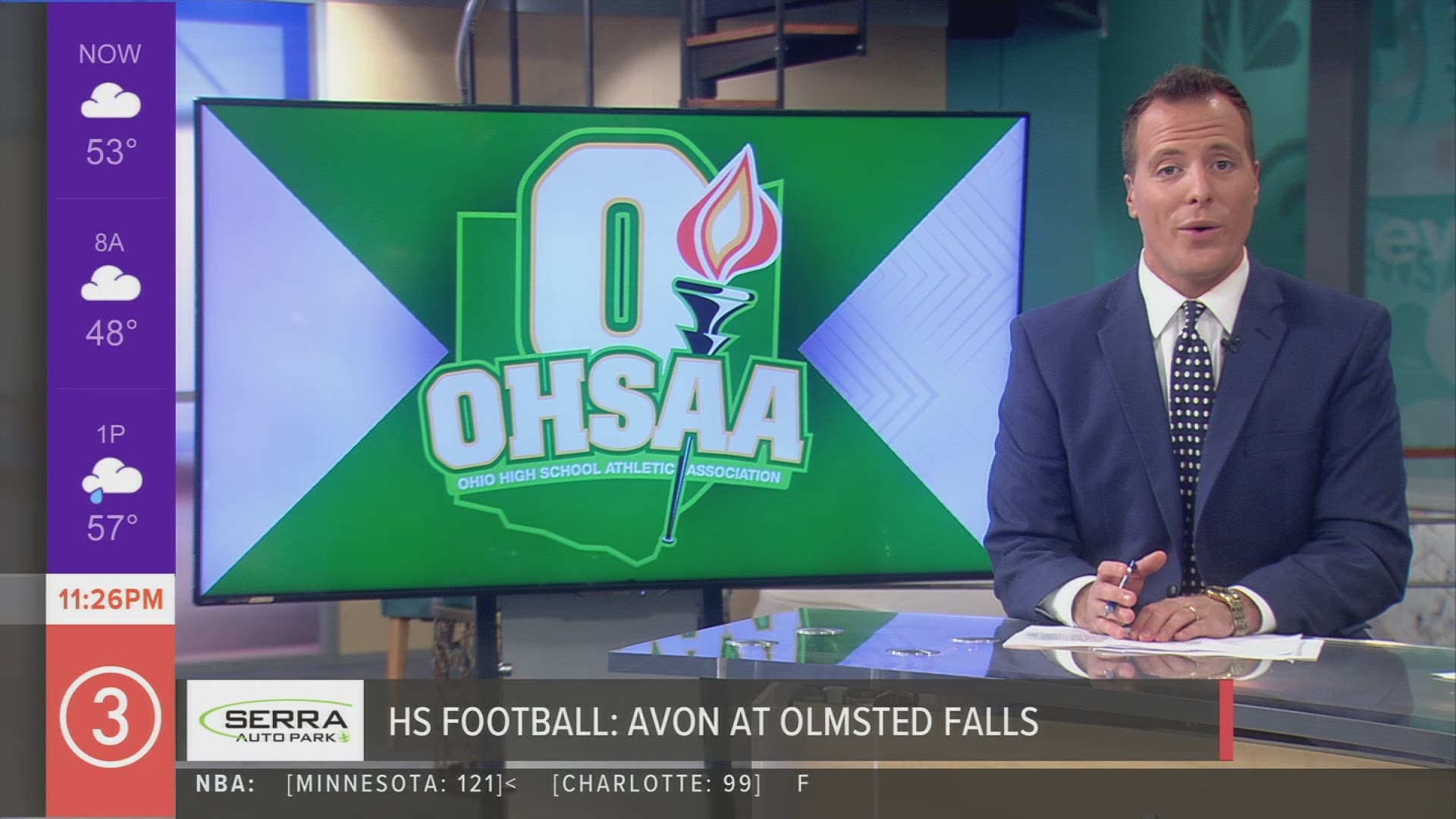 OLMSTED FALLS, Ohio — In a battle of the top teams in Division II, Region 6, the Avon Eagles topped Olmsted Falls 24-14 to remain unbeaten and capture at least a share of their fourth consecutive Southwestern Conference title.

Avon erased an early deficit with a pair of Devon Hunter rushing touchdowns to hold a 14-7 lead at halftime. Hunter scored his third touchdown of the night on the first play of the fourth quarter to help put the game away.

The Eagles improve to 9-0 while Olmsted Falls drops to 7-2. The Bulldogs still control their own destiny for a trip to the D-II playoffs, however.

Elsewhere in the Southwestern, Avon Lake routed North Olmsted on the road 35-0 for its sixth shutout in seven games. The Shoremen improve to 8-1 while leapfrogging Olmsted Falls for the second spot in Region 6. They will play the Bulldogs next week.

North Olmsted falls to 4-5, and has officially been eliminated from the postseason.