The Tigers and Eagles will meet next Friday 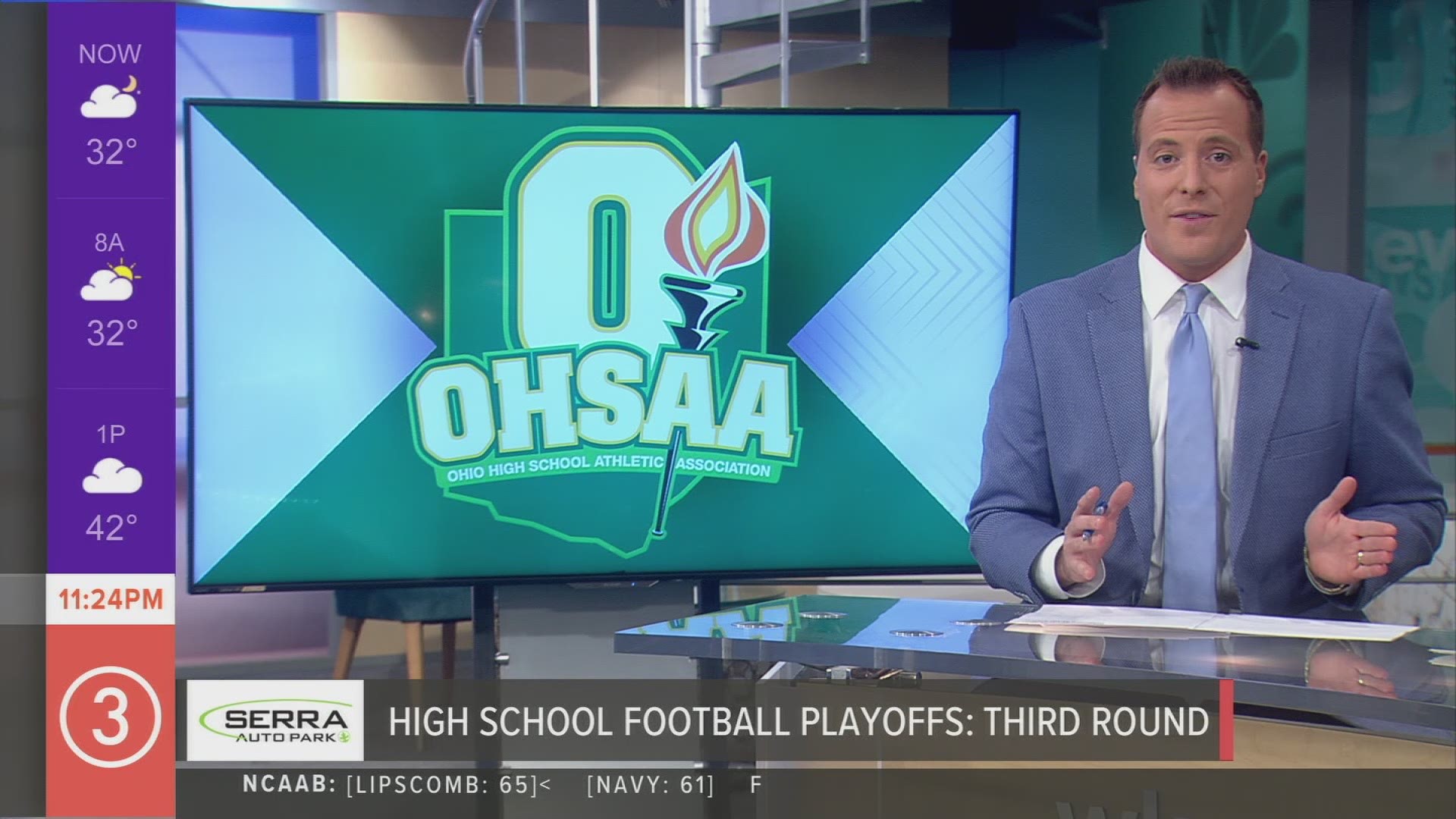 CLEVELAND — The Massillon Tigers and Avon Eagles are both one win away from Canton.

Massillon built a 17-14 lead over the four-time defending state champions from Archbishop Hoban and hung on to win by that same score at InfoCision Stadium in Akron. The Tigers exacted revenge on the Knights for a 42-28 loss in the Division II state title game last year behind two Aidan Longwell touchdown passes and a 30-yard field goal by Alex Bauer.

Avon used a strong defensive effort and a long touchdown by Joey Lance to best archrival Avon Lake, 20-3, in North Ridgeville. The Eagles completed a season sweep of the Shoremen after edging Avon Lake back in August, 13-12.

The neutral site for the Massillon-Avon battle next Friday will be announced on Sunday. The Eagles also lost to Hoban in last year's playoffs, 42-7 in the state semifinals.