The Eagles have unleashed a secret weapon on offense this year 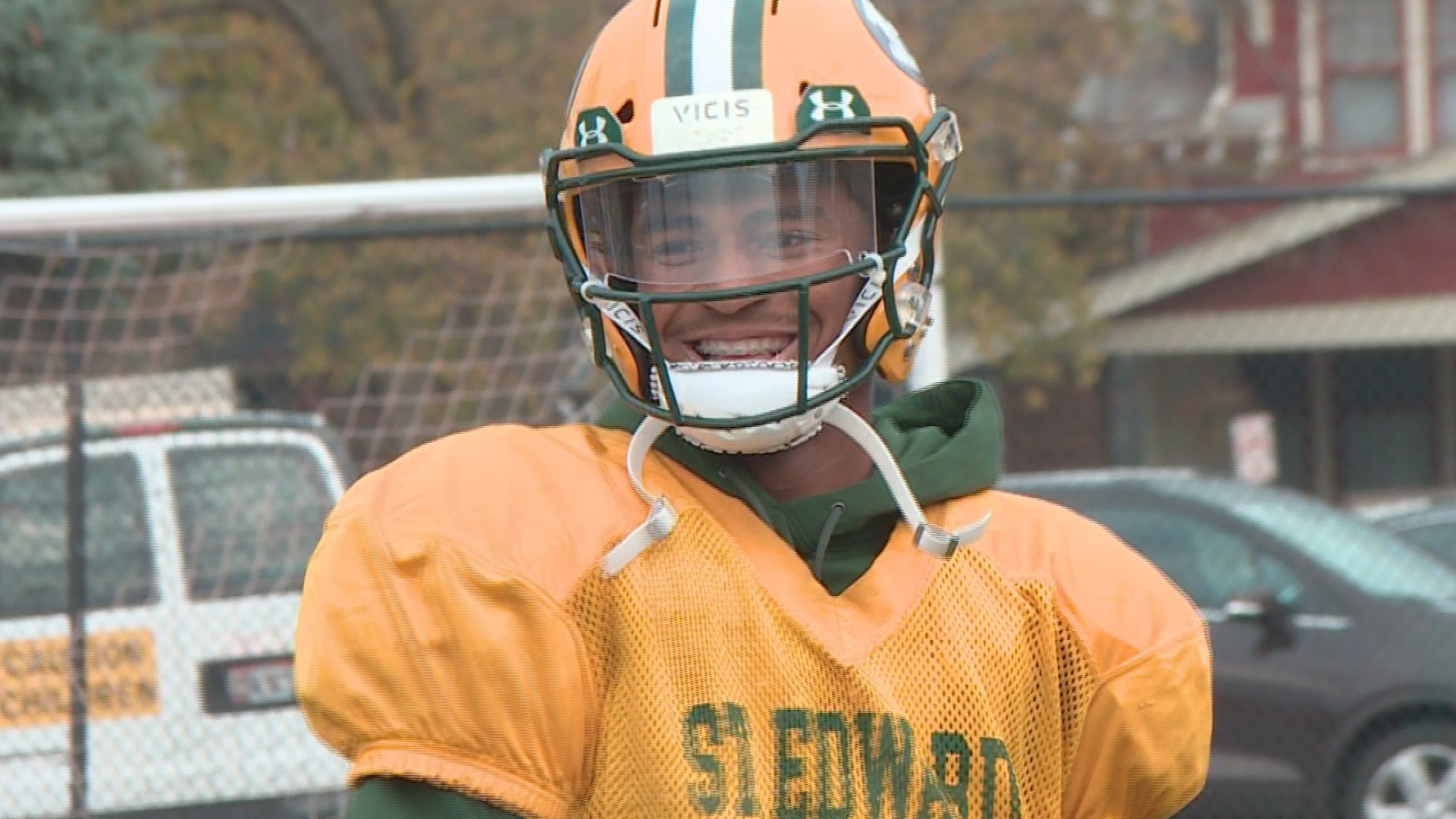 The Eagles are hunting their second state title in a row and fifth of the decade.

"They know last year was last year and they want to make their mark this year," head coach Tom Lombardo said.

But this year, Lombardo has unleashed a secret weapon on offense.

As a high-flying guard, Montorie Foster helped lead the St. Ed's hoops team to a pair of final fours in three seasons.

"He's a kid that's very coachable and he's got all the intangibles; he checks off all the boxes," Eagles basketball coach Eric Flannery said.

Foster gave up football in seventh grade to focus on basketball.

The speedy receiver scored twice and racked up more than 100 receiving yards in his first varsity start against Cass Tech on Sept. 7.

"I called my friends in the MAC (after the Cass Tech game) and said 'Look, we may have a guy that no one knows about, and you may want to be first,'" Lombardo said.

"I was just really blessed and I just got to thank God for having that opportunity," Foster said.

"When you consider how much he's improved from August to now in only playing three months of football, what that extrapolates out to in four or five months... you may have one of the top guys," Lombardo said.

"He is an X-factor, no question about it," Lombardo said.

The point guard will be back in the gym this winter. But until then, Foster will look to add to his reputation as one of the hottest names in Ohio high school football.