The Hilltoppers led just 7-0 late in the first quarter before several Bomber blunders led to 35 more points before halftime. 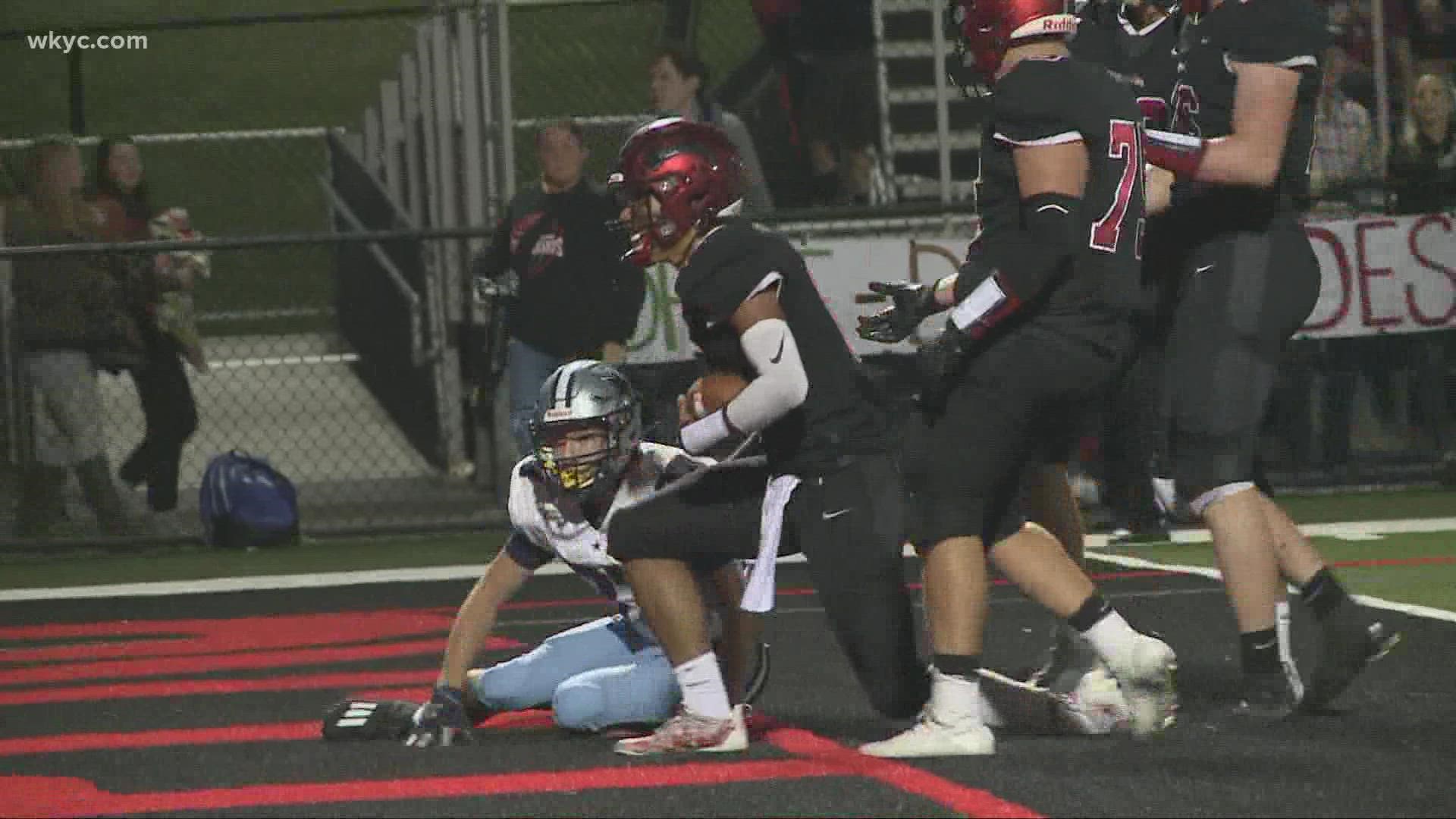 CHARDON, Ohio — We thought we would be getting an instant classic on this Friday night. Boy, did we miss the mark.

The Chardon absolutely obliterated Kenston 49-0 in the latest edition of the WKYC.com High School Football Game of the Week. It was a stark contrast to what the matchup looked like on paper, with both teams coming in undefeated and atop the Division III Region 9 standings.

The Hilltoppers went up 7-0 early after Alex Henry found Younstown State commit Nathanael Sulka on a 49-yard touchdown pass. The score remained that way with five seconds left in the first quarter, but Heath Fetchick took a punt back 65 yards to extend the advantage to 14-0.

From there, the rout was on: After Sean Carr scored from three yards out, Brody Dotson picked up a Sean Patrick fumble and ran it back 17 yards to paydirt. Moments later, backup quarterback J.P. Germano (starting for the injured Nikko Georgiou) coughed up the football near his own goal line, setting up another Carr TD.

Down 35-0, the Bombers had a chance to get back in it with a fumble recovery of their own, but Alex Kisley managed to pick off a Germano pass and Henry ended up scoring on the ground from 15 yards away. Germano would later through another interception to make it four turnovers before halftime, all the white giving Chardon a 42-0 lead and forcing a running clock once the third quarter began.

Time to wrap up tonight's @wkyc Game of the Week with final thoughts as @toppernation shut out @KHSBomberSports 49-0 at Chardon Memorial Stadium.

Chardon has now won 18 consecutive games dating back to last season, and the defending state champions seem to be a shoe-in to take over the No. 1 ranking in Region 9. Kenston remains a solid 5-1, but has now lost four straight to their Western Reserve Conference rivals.

The Hilltoppers will head to New Philadelphia next week, while the Bombers will travel to Lake County to face Madison. You can re-listen to Dave "Dino" DeNatale's call of tonight's game in the player below, or scroll down for more scores from around Northeast Ohio: