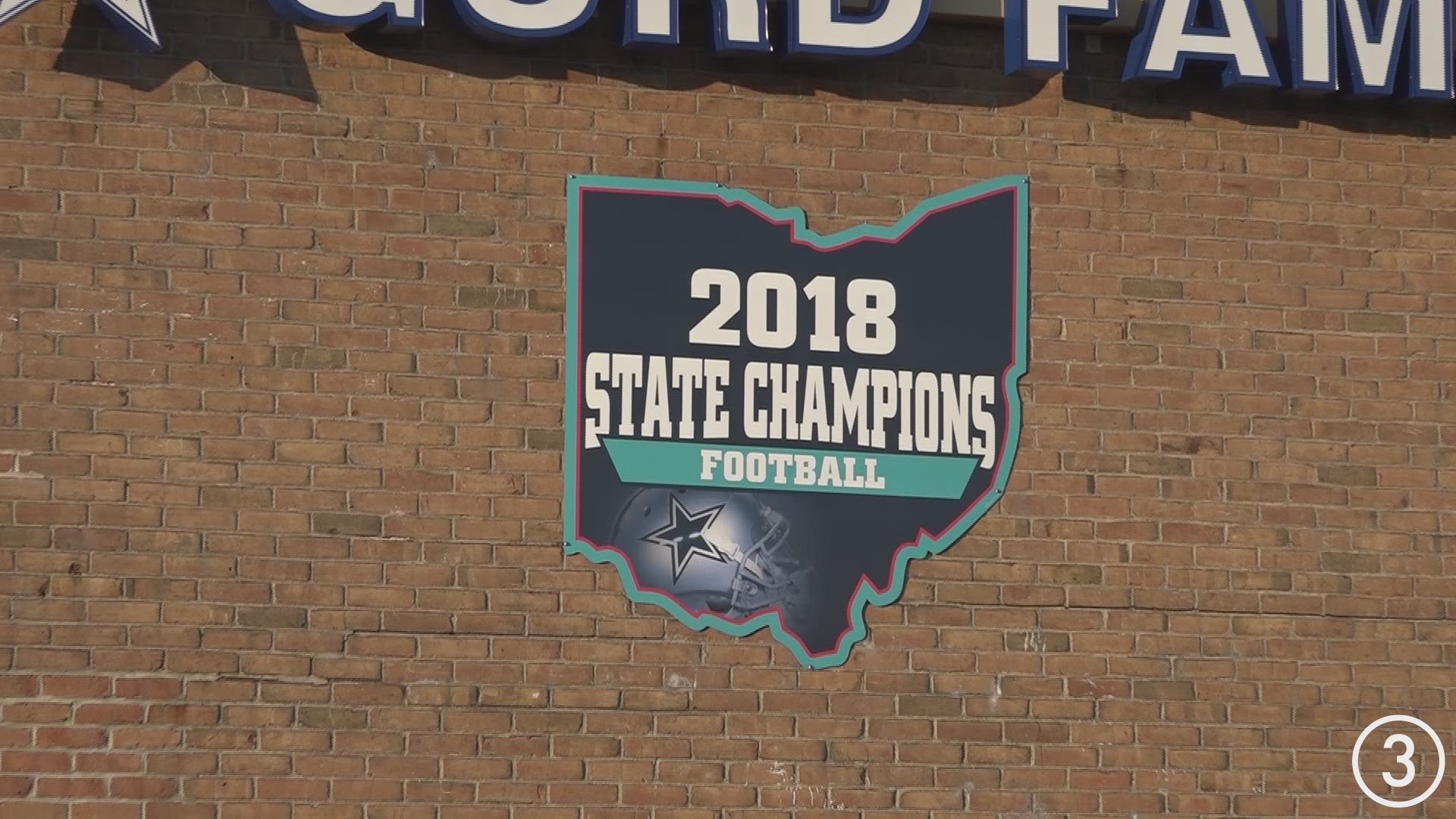 Mayfield never trailed in the game, but the contest was still back and forth throughout. In the end, Henry Pensteiner kicked an 18-yard field goal with just 32 seconds left for the winning score.

After a scoreless first quarter, Joey Suchy gave the Wildcats a 7-0 halftime lead with a 1-yard touchdown run. However, the fun would really get started in the second half: Jack Porter tied things up for Kenston before Joey Isabella (brother of Arizona Cardinals receiver Andy Isabella) put Mayfield back up with a 27-yard catch. The Bombers would score again early in the fourth, but a botched extra point kept the margin at 14-13.

Isabella extended the lead to 21-13 with a great catch in traffic, but Kenston's Tyler Mintz immediately got his team back in it by going 92 yards to the house. A keeper by Tomcufcik on the two-point conversion then knotted things up at 21 with only minutes remaining.

Mayfield then went on a methodical drive all the way down to the Bomber goal line, and while it looked as if Ross Bandiera might try to punch it into the end zone, he instead sent out his kicking unit, and the senior Pensteiner delivered. Kenston was able to make it into Wildcat territory hoping to at least send it into overtime, but Steffens' third pick of the year put an end to that.

With the victory, the perfect Wildcats have clinched the second seed for Region 5 in the D-II playoffs, and now wait to see who their opponent will be. The Bombers, meanwhile, fall to 8-2 and all the way to the eighth seed in D-III's Region 9. However, they still made the postseason despite Ravenna's 34-3 win over Woodridge.