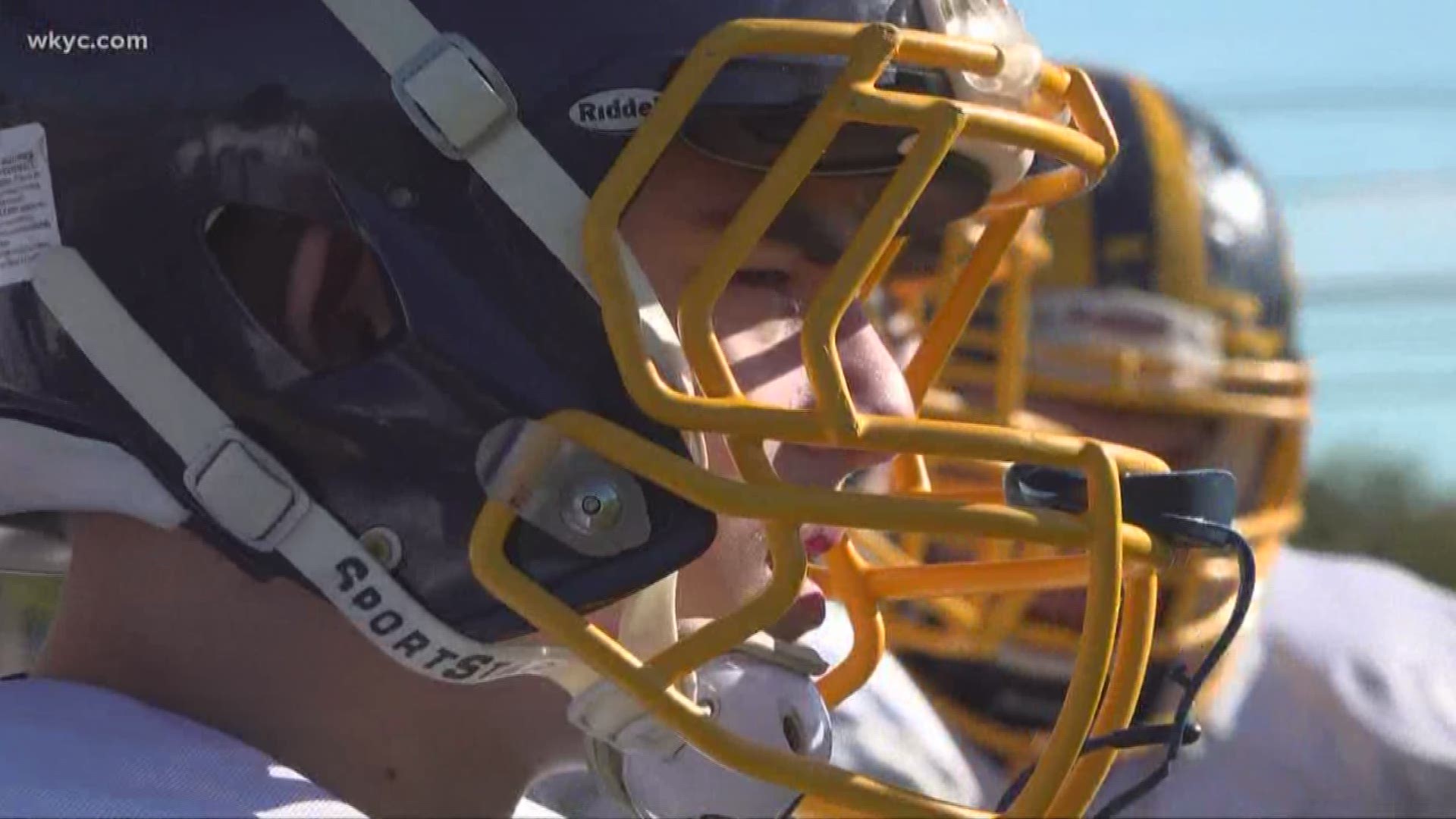 KIRTLAND, Ohio — There's a football player in Kirtland making big strides both on and off the field.

He struggles with a disability, but is teaching so many lessons.

You can usually find 17-year-old Nate Fellinger on the football field on Saturday mornings, behind a crowd filled with Hornet pride. He's always loved the game.

"Running, tackling, getting other people, getting in the game, the usual. That’s what I like about football," Nate said.

But getting to the field hasn't been an easy road for Nate. He was born with fetal alcohol syndrome, and more than two months early. His future was anything but certain.

"We really didn’t know if he was going to come home from the hospital at all," Nate's mom, Kathy Fellinger said. "The nurses warned us not to expect too much for him."

They were wrong: The Fellingers adopted him anyway, and Nate started plowing through expectations by playing several different sports. He's become incredibly popular around town.

A team, Nate's coach says, wouldn't be the same without him.

"It’s not just that he’s on the team, but he’s contributing, he’s working hard, he’s making us better. I just want him to give his best every day," Hornets Junior Varsity Head Coach Jeff Eckles said. "They know he loves the game. He’s got a passion for the game, and it makes them just want to work that much harder."

His parents are forever touched by his ability to uplift his teammates and always bring positive vibes to practice.

"He’s one that never looks at the negative side of anything," Kathy said.

For his brother Alex, the role reversal is truly humbling.

"When we were younger, he would always ask to put on my pads on after a game," Alex told us. "Now, just seeing him go out there, it’s kind of unbelievable."

Backed by his family, with an entire community behind him, there are no limits—no obstacles standing in the way of this young, Friday night hero.