Jonathan Bradley and Eddie Lewis each scored two touchdowns for the Longhorns. 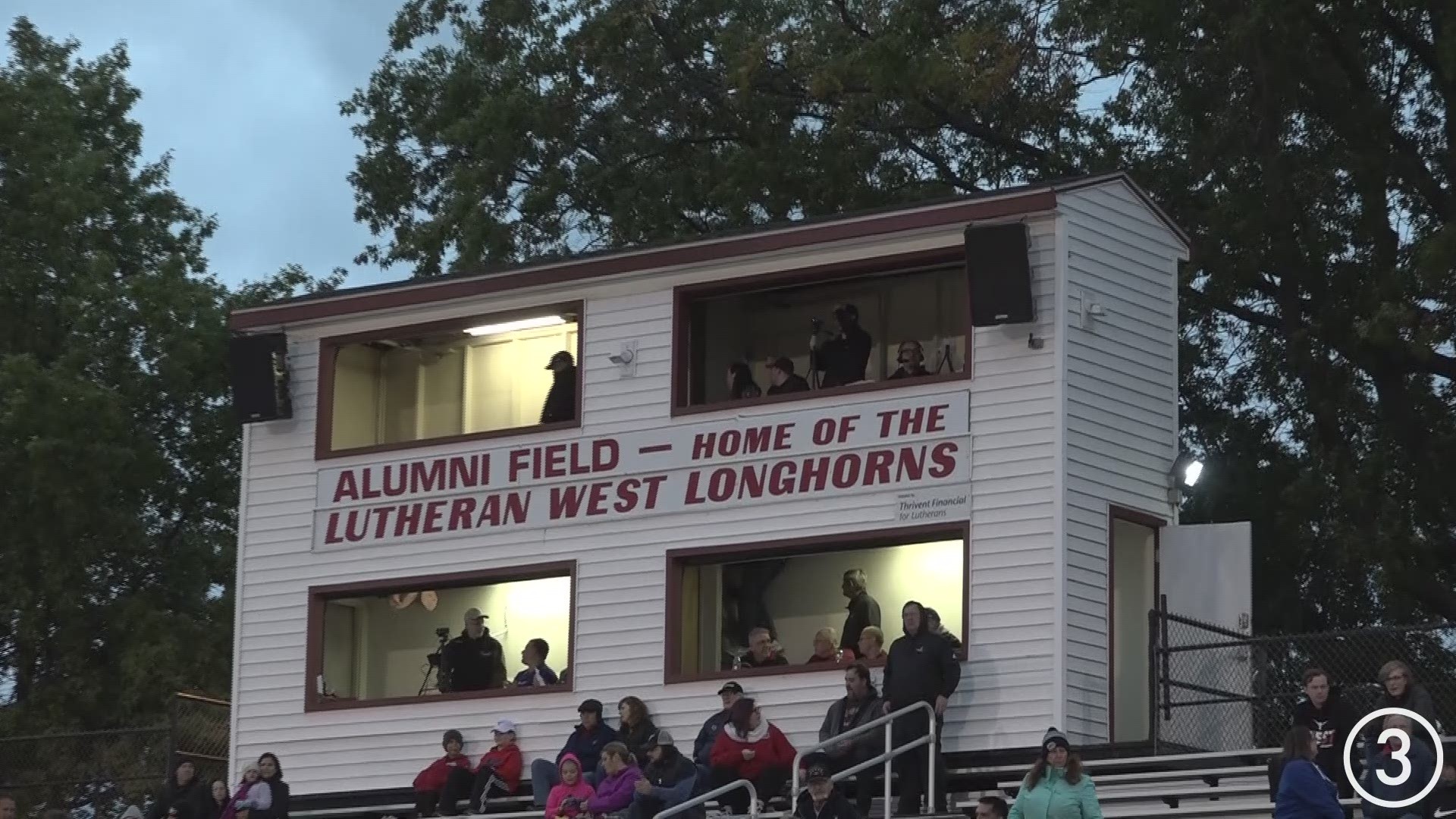 ROCKY RIVER, Ohio — Even with the wide margin of the score, it wasn’t even that close.

The Lutheran West Longhorns easily dispatched the Berkshire Badgers 30-7 Friday night in WKYC.com’s High School Football Game of the Week. It was a cross-division battle in the Chagrin Valley Conference that could have big playoff implications down the road.

Offensively, Lutheran West (5-1) was led by the running back tandem of Jonathan Bradley and Eddie Lewis. Each had two touchdowns on the night, including one each in the second half to put the game on ice.

Other than a long interception return by Blake Jenkins to cut the deficit to 10 just before halftime, Berkshire (4-2) could not get anything going all night. Quarterback Jacob Brown was constantly pressured by a defensive front featuring Nolan Rangland and Tyler Seagro (among others), and two Badger fumbles led directly to points for the Longhorns.

Lutheran West will travel to Independence next week as it hope to continue improving its standing in the Division IV postseason picture (they are now sixth in Region 14), while Berkshire will head to Wickliffe desperately needing a win to stay alive in D-V.

You can re-listen to tonight's game with Dave "Dino" DeNatale and Mark "Munch" Bishop: