The Longhorns outscored the Blue Devils 21-0 in the fourth quarter to pull away. 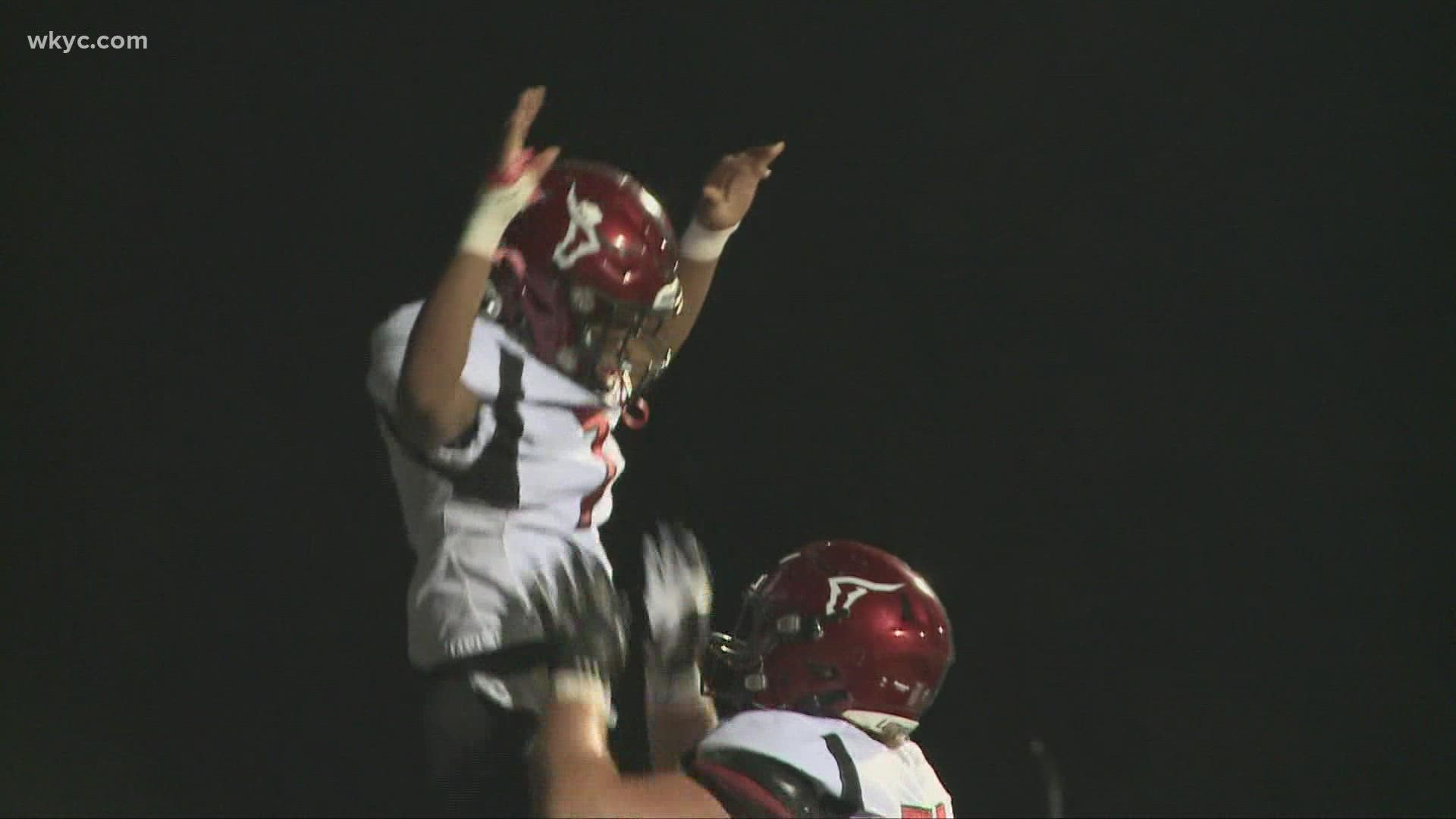 The Longhorns pulled away from Independence 37-14 Friday night in the WKYC.com High School Football Game of the Week to win the league title outright. Eddie Lewis and Ja'marrion Banks each ran for two touchdowns.

The Blue Devils actually led for most of the first half and beyond, clinging to a 7-6 lead on the strength of a Kyle Zygmunt scoring run. A little more than halfway through the third quarter, Bryce Groppe kicked a field goal to put Lutheran West (8-1, 5-0 CVC Metro) ahead before Manny Diaz picked off Michael Tommer to set up a 26-yard TD by Banks.

Zygmunt would pull Independence (7-2, 3-1) back to within two with a 40-yard catch-and-run from Tommer, but the fourth quarter would be all Longhorns, as Jack LaPointe, Banks, and Lewis all found the end zone. Tommer tried to lead the Devils on one last drive as the skies opened up, but was sacked on his final play.

Let's roll with some final thoughts after watching @LW_Football capture the Chagrin Valley Conference Metro title with a 37-14 over @Go_IHSFootball. And by the by, don't be fooled by the score...this was a tight game most of the night.

Lutheran West will host Painesville Harvey next week as it attempt to tie its best regular season in program history, while Independence will welcome Brooklyn in preparation for the Division VII playoffs. You can re-listen to Dave "Dino" DeNatale and Dennis Manoloff's call of tonight's game in the player below, or scroll down for more scores and updates from around Northeast Ohio.