The Elyria City School District, where Bogard worked as an assistant coach, confirmed his death to 3News. 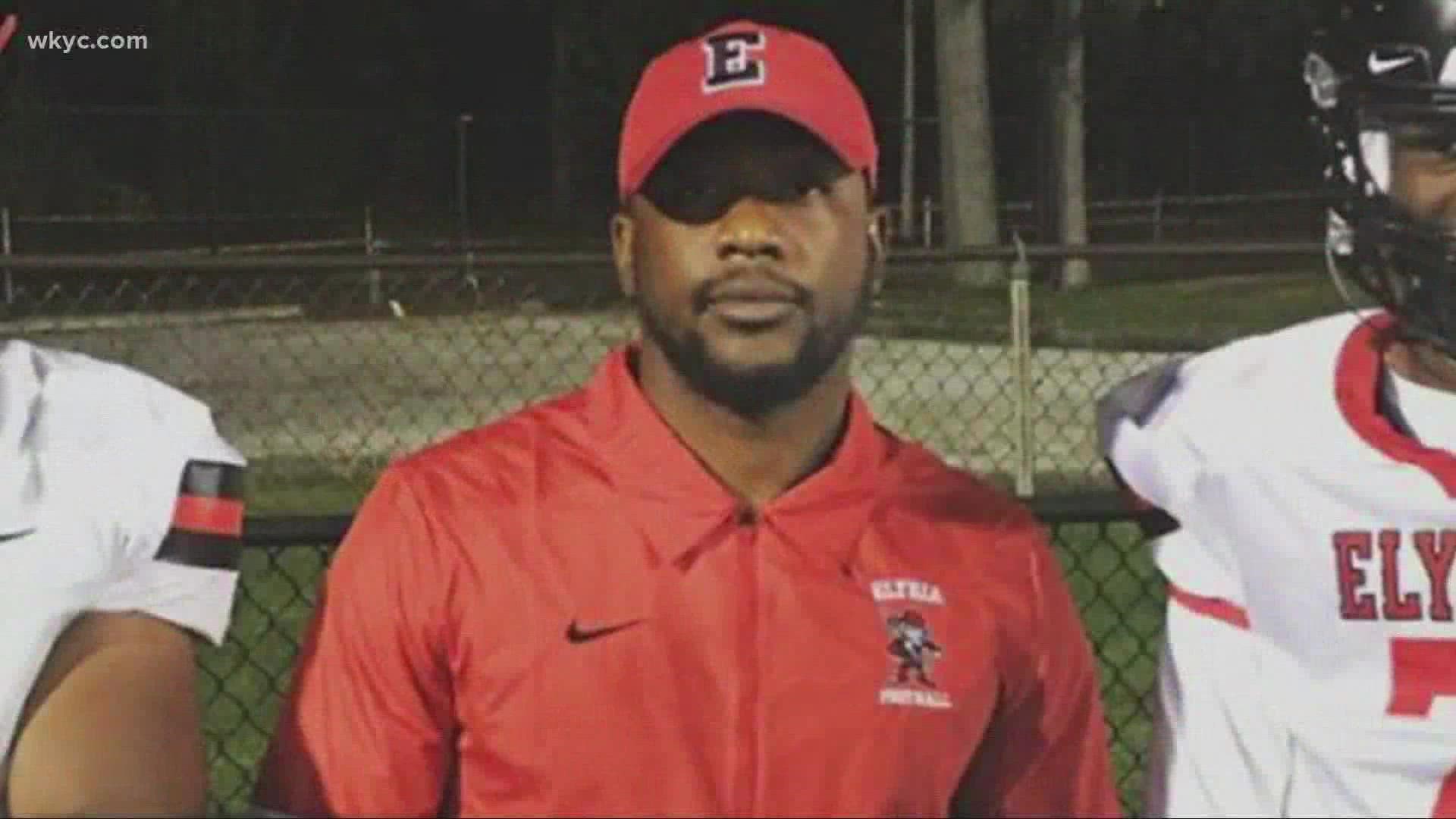 ELYRIA, Ohio — De'van Bogard, who shined on the football field for Glenville High School before later playing for the Ohio State Buckeyes, has died following a house fire in Elyria early Tuesday morning.

The Elyria City School District, where Bogard worked as an assistant high school football coach, confirmed his death to 3News. Communications director Amy Higgins added that Pioneers head coach Devlin Culliver and rest of the staff notified the team earlier today and that grief counselors will be available to students throughout the week.

"Our student athletes and coaching staff are grieving his loss," Higgins wrote. "The team is very connected. De'van was a valued member of the coaching staff. He held a pivotal role on the team and in the development of the players as students and athletes."

Interim Elyria Fire Chief Joe Pronesti says the fire broke out inside Bogard's apartment at the Colonnade Elyria. While the flames were contained only to Bogard's home he was apparently unable to get out and was found dead by the door.

"We could tell by the pattern of his hands that he attempted to get out," Pronesti said.

A star wide receiver and safety as a teenager, Bogard was a member of the Tarblooders' 2009 Division I state runner-up team as a sophomore before eventually becoming one of the top recruits in the country. His skills landed him a scholarship offer from OSU, where he quickly earned the praises of new head coach Urban Meyer.

Unfortunately, Bogard's college career would not go as planned, as three torn ACLs ruined his chances of making a major impact. He still totaled 13 tackles over three seasons as a linebacker, and was part of the Buckeyes' 2014 national championship squad.

After graduating from Ohio State, Bogard joined Elyria in 2019 as linebackers coach under Culliver. The program had been down for several years but has begun to improve, boasting a solid 4-4 record following last Friday night's game.

"Proud of these boys, the journey begins!!" Bogard wrote on Instagram back in August after the Pioneers upset Elyria Catholic in Week 1. "1-0!! EC who? EC what ??"

A GoFundMe has been set up to raise money for Bogard's funeral expenses, and more than $3,000 has been donated so far. The page was set up by Elyria football team representative Rachel Boddy, who mentioned that Bogard is survived by his son Jaden as well as his mother.

"He took so much pride in his role as a father," Broddy wrote. "The players all got to know Jaden as well as he’d come hang out from time to time."

A donation jar will also be at the Pioneers' senior night home game this Friday against Amherst Steele. The contest's status was somewhat in doubt Tuesday, but the team ultimately decided to play.

In regards to the fire that took Bogard's life, Pronesti told 3News his department has not yet determined what caused the blaze, but foul play is not suspected. He added there were working smoke alarms in the hallway, but not in the apartment.

A man in a neighboring apartment was also injured when he broke glass to get to the hallway's fire extinguisher. He was treated at the scene and released.

Several of Bogard's former OSU teammates as well as his colleagues in the coaching ranks took to Twitter to mourn their friend.

Our thoughts and prayers go out to the family of Coach Bogard and the entire Elyria football TEAM. Please consider contributing to the Go Fund Me for his son. https://t.co/BUMgK1AwRp

It don’t seem real. Bro was doing everything right. I cannot believe it!