Hoban defeated the Tigers in the 2018 championship game. Massillon is looking for payback on the field and off. 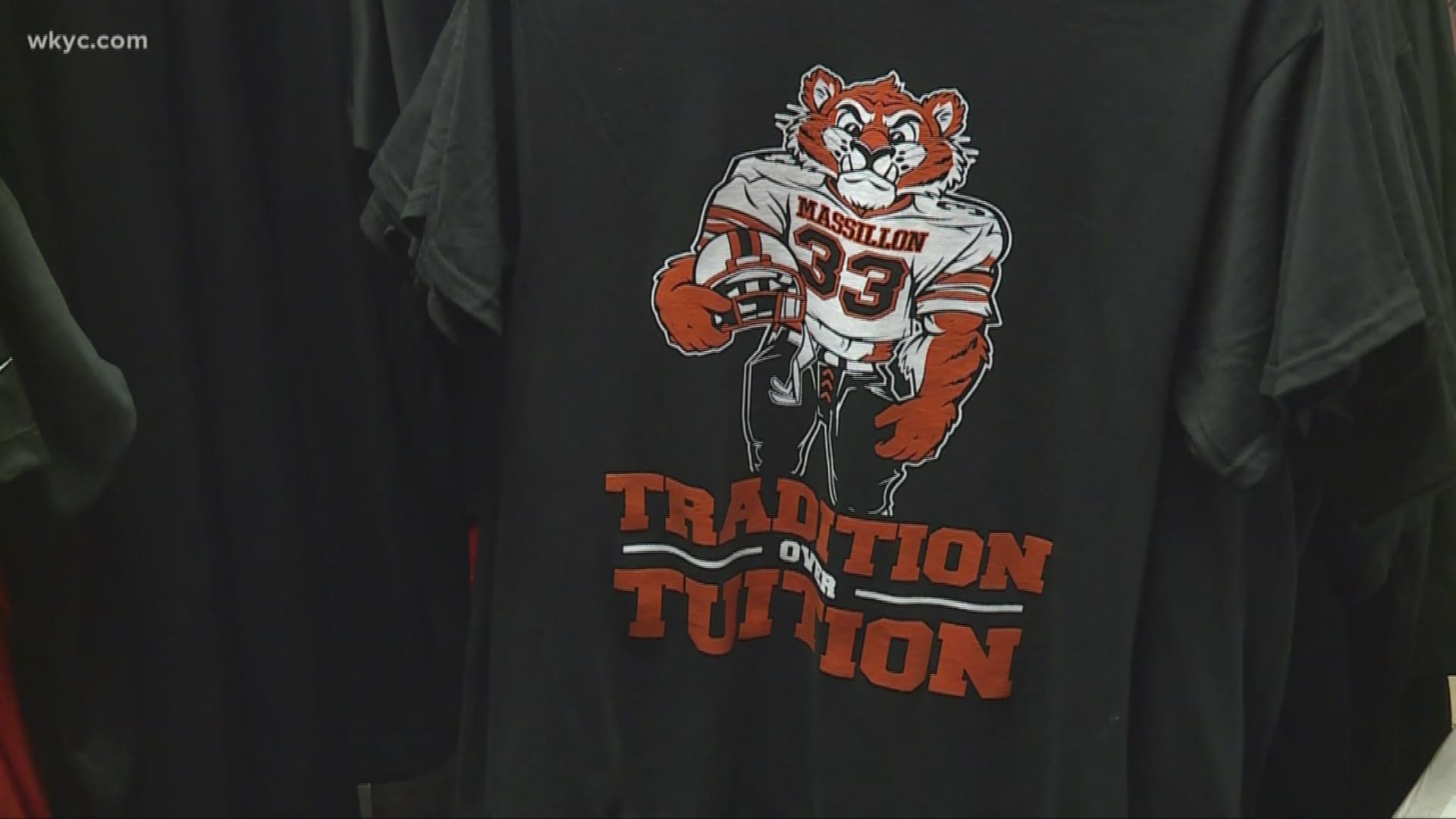 "My family's been here since before it was Massillon," he said.

He owns "Teeshopz," an apparel and decal shop that caters to local school districts, but he bleeds black and orange.

"From the cradle to the grave," James boasted.

Last football season, Massillon made it all the way to the Ohio Division II state championship game but was defeated by Archbishop Hoban, a private Catholic high school just 25 miles north in Akron.

The Knights won it all and it left a bad taste in the mouths of Tiger fans, including James.

"It was cold, and my mom wanted to leave at halftime," James recalled. "Massillon was on a comeback, but fell short."

But Brock, with the help of his brother, came up with an idea for a t-shirt

"It was Tradition over Tuition."

Fast forward to this year: Massillon is undefeated and playing the Hoban Knights once again in a regional final game. James saw the opportunity to take a friendly jab at Hoban.

According to James, the response is mixed.

"The Tiger fans love them," he said. "We've had orders from all over the country: Texas, Arizona, Hawaii."

But many have taken to social media to voice their negative opinions.

"People have said some nasty things about me, about my shop," James says.

James says the shirt is only directed towards Hoban, and is only related to the football game. He added he has nothing against private or parochial schools; he's just for Massillon tradition.

"Whoever we play, it's open season, but it's all done in fun," he explained. "You can drive all over town and see 'Go Massillon Beat (whoever)' signs in windows. It's the town tradition."

3News reached out to Archbishop Hoban High School for comment, but they have not responded at this time.

The game is this Friday at Infocision Stadium on the campus of the University of Akron. James and his crew will be selling shirts area near the stadium. He's not sure if any Hoban fans have developed a shirt, but said:

"I have a lot of Knight-related clip art and I'd be happy to work with them."

Then both schools could wear their pride on their sleeves.