The Bees' defense also held the Bulldogs to only six points in the second half. 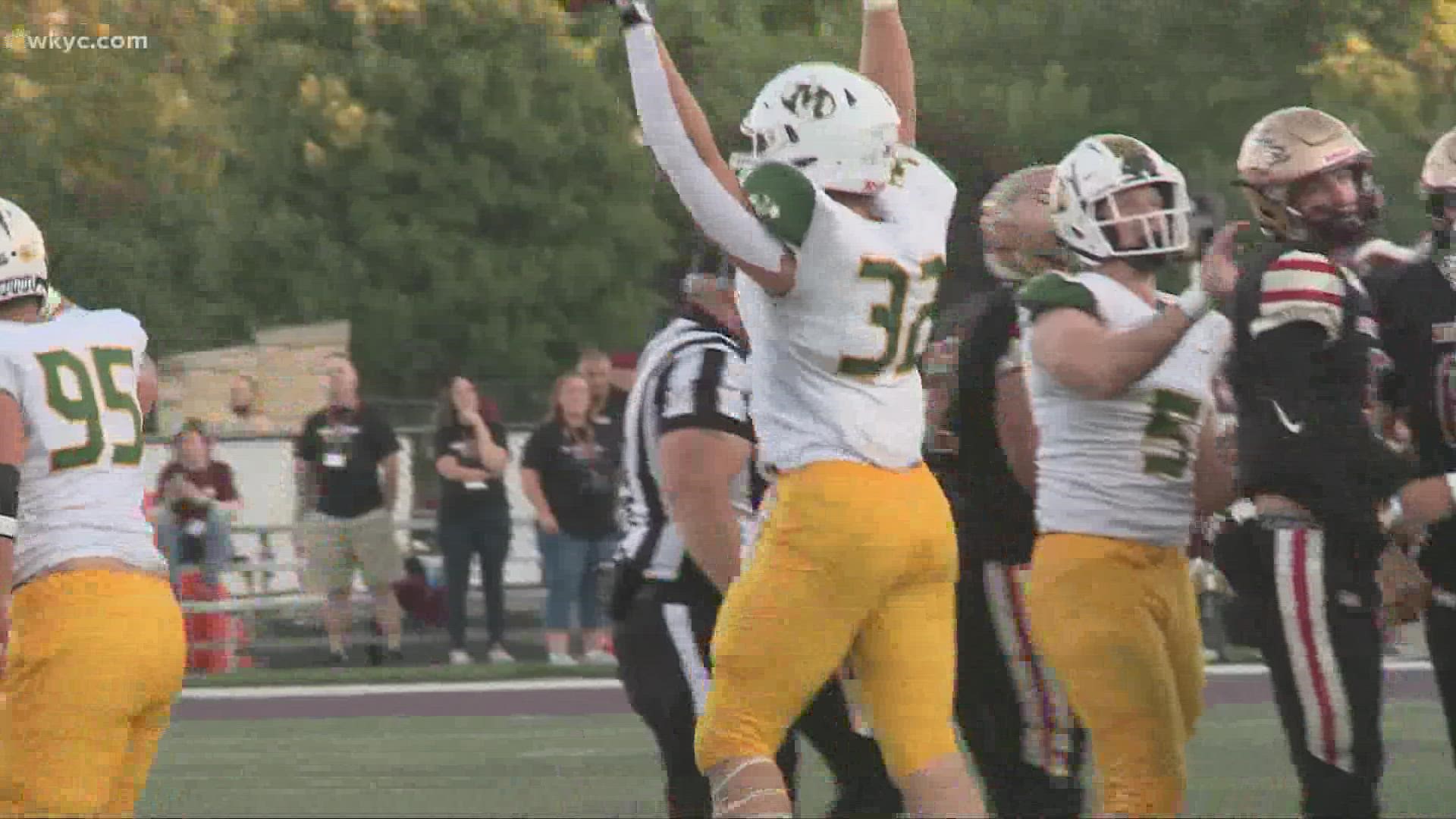 STOW, Ohio — Let the word go forth across Northeast Ohio: The Battling Bees are for real.

Medina took control late to beat Stow-Munroe Falls 38-27 in the WKYC.com High School Football Game of the Week. Penn State commit and bona fide Mr. Football candidate Drew Allar threw for 523 yards and five touchdowns, while in the second half the Bees' defense held the Bulldogs to only a garbage time score.

Medina got things going early, as Jajuan Jackson took an Allar pass 91 yards to paydirt on the team's first drive. Matt Spatny then forced a fumble from Stow QB Owen Bainbridge to set up a 26-yard Nick West field goal, giving the Bees an early 10-0 lead.

But Stow would fight back, thanks to two successful fake punts and two long touchdown runs by Xavier Preston, including one from 50 yards out. Allar would find Jackson on a 64-yard strike, but a rare interception set up Preston's second dash to the end zone, and the Bulldogs took a 21-17 advantage into halftime.

However, that would be as good as it got for them, as Medina's defense clamped down to allow only a Bainbridge rushing TD late in the fourth quarter. Meanwhile, Allar found Brennen Schramm twice and Michael Rodak once to put the game out of reach, as well as add to his Medina County-record 62 career touchdown passes.

The @AllarDrew air raid show was on full display tonight. Drew threw for well over 500 yards and 5 TDs. He truly has all the intangibles of an elite QB. Poise, accuracy, arm strength, leadership. He is a joy to watch in Larry Laird's system.

The win solidifies the Bees' standing atop the Division I Region 1 computer rankings, and also gives them their first 4-0 start since 2016. They'll head to Strongsville to face an upstart Mustangs team next week, while the Bulldogs will travel to Brecksville.

You can re-listen to Dave "Dino" DeNatale's call of the game in the player below, or keep scrolling for more scores from games across the region.