Both the Cardinals and the Eagles are nationally-ranked, with only one loss between them. 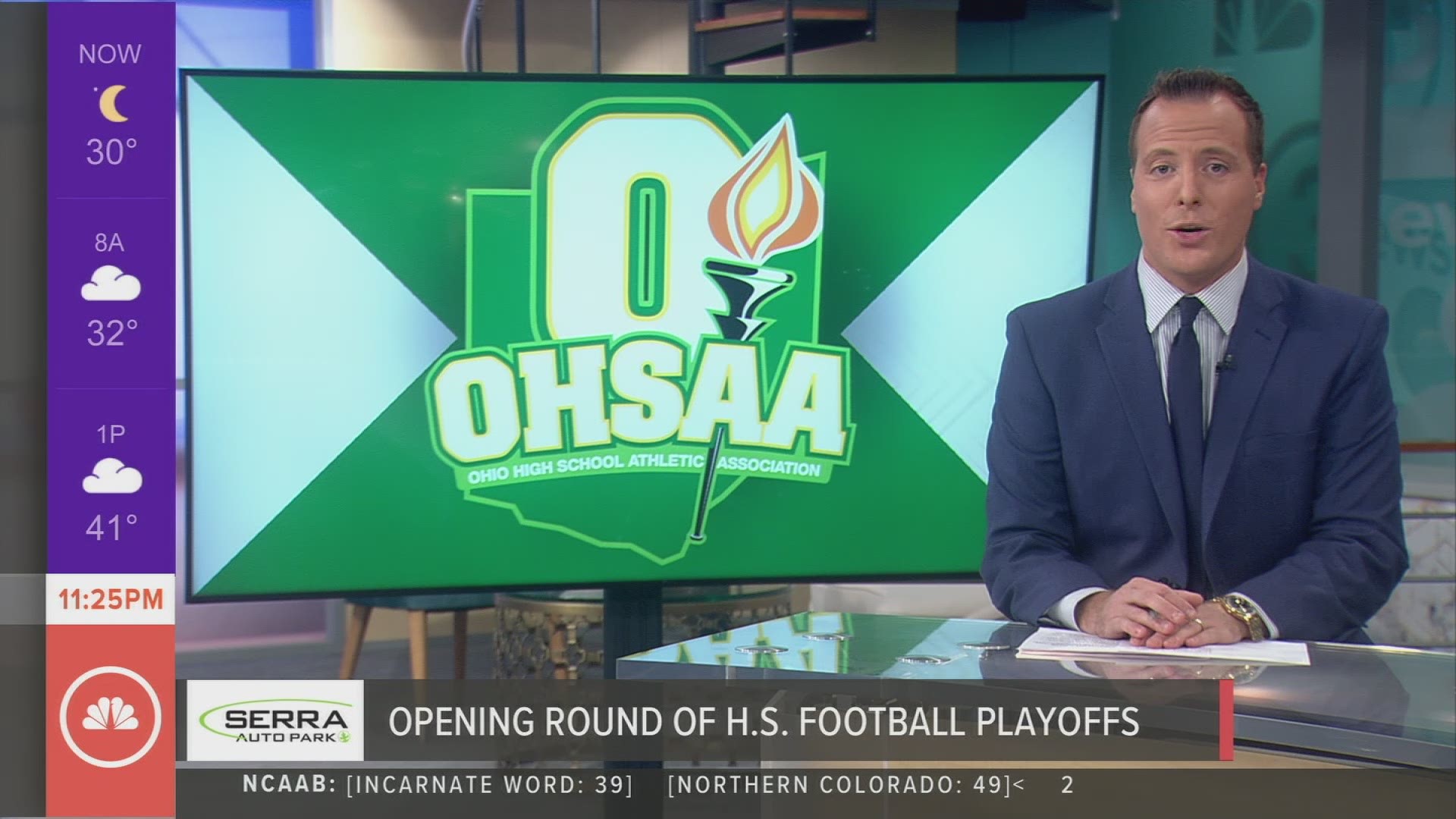 It might be the biggest high school football game in all of America this weekend.

At any rate, it's the biggest game Northeast Ohio's seen in years.

The unbeaten Mentor Cardinals will battle the 11-1 St. Edward Eagles Friday night in the OHSAA Division I, Region 1 final at Byers Field in Parma. Both teams are considered the best in the state and as high as the top-15 in the entire country, and the Eagles' only loss came against the Cardinals in Week 1 by a score of 29-28.

"Both teams held serve...We both did what we needed to do to [meet] again," Mentor head coach Steve Trivisonno told 3News' Nick Camino and David Kinder. "In Lakewood in August, we shook hands and said, 'We'll do it again. We'll see you again'...This is the game people want to see, and everybody's excited." 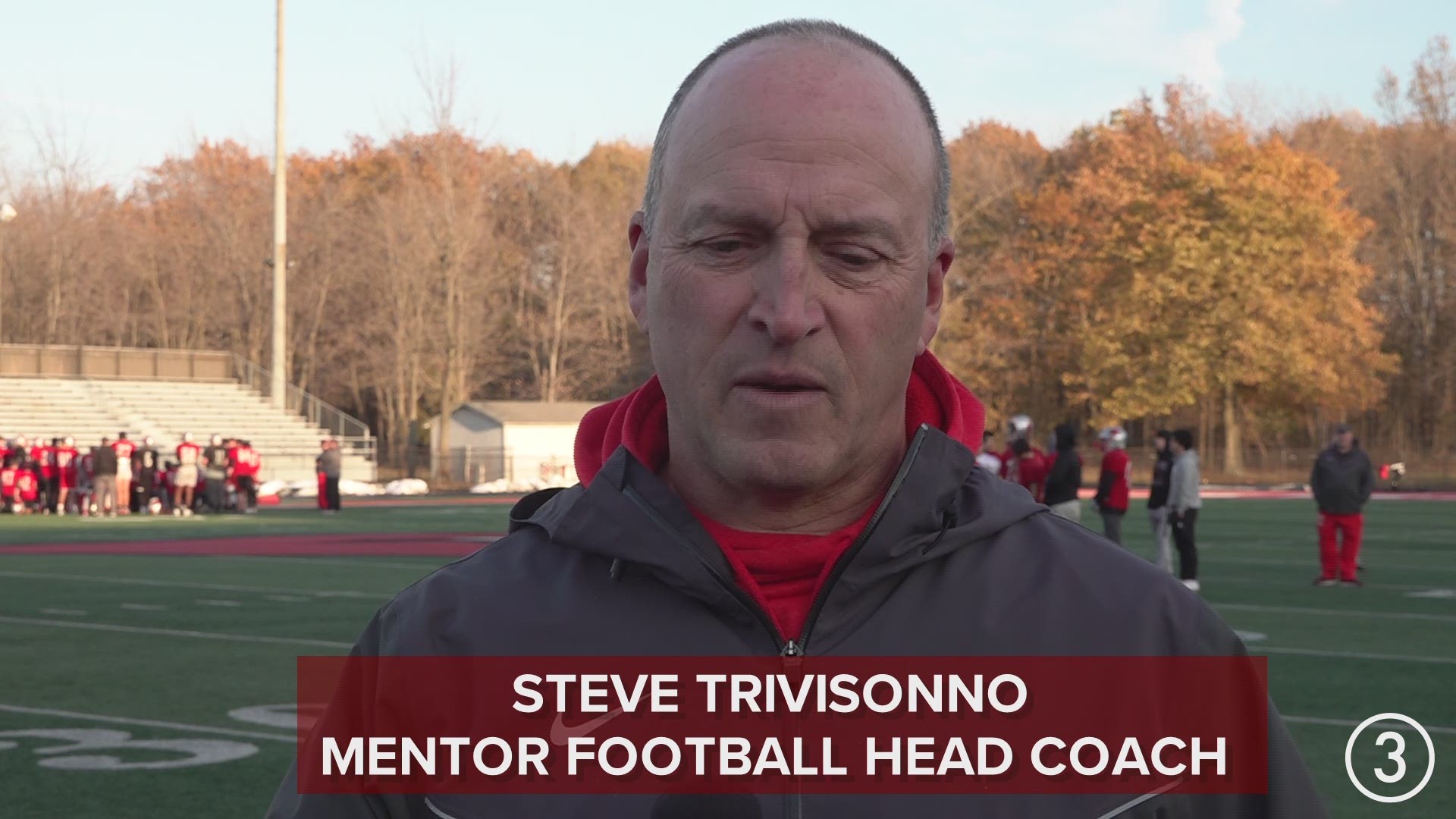 This is the third straight year Mentor and St. Edward have met for the regional championship, and they have split the first two. Last year was particularly notable as the Cardinals edged the Eagles in the season opener only to be upset in the playoffs, and Tom Lombardo's bunch would go on to win their fourth straight state title.

"We're more confident," Lombardo said of how his team has evolved since that opening loss this year. "We've run the gamut of a schedule that we had a 73-point game [against Medina] and we won a 7-3 game [over St. Ignatius]...We've had to do it a bunch of different ways." 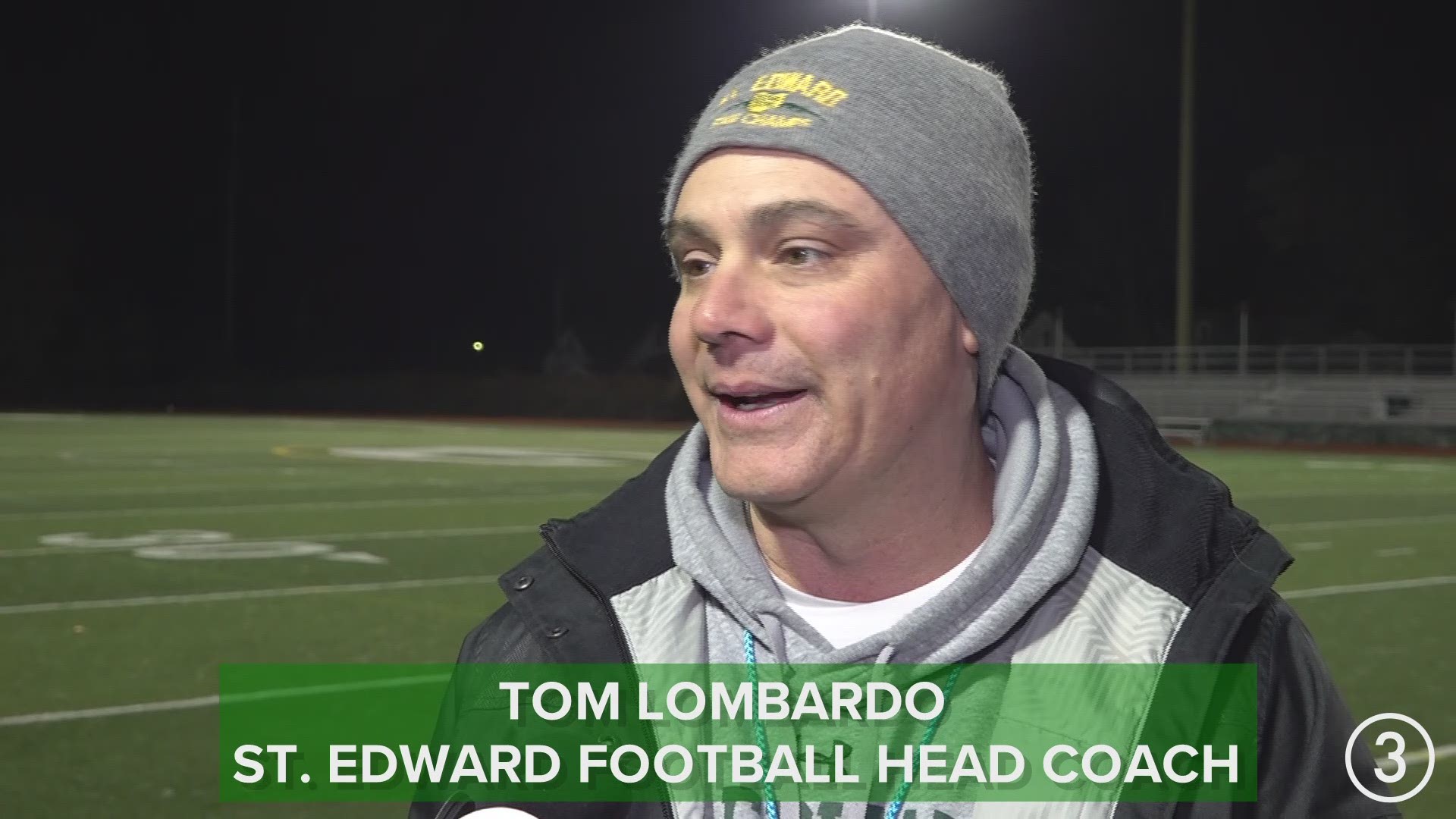 Both teams are obviously talented, but in different ways: St. Edward has at least seven D-I college recruits (including Michigan State commits Montorie Foster and Jeff Pietrowski) and has had to slug out wins at times against both state and national competition. Mentor lost stars like Noah Potter and Ryan Jacoby from last season and is led by a first-year starting quarterback in Ian Kipp, but since a seven-point win over St. Ignatius in Week 2 has not been challenged once despite playing in a deep Greater Cleveland Conference.

"We came out and played a very difficult schedule, it was like the fourth-toughest schedule in the state," Trivisonno said. "We did what we needed to do, and did it without really having a let-up or anything like that. I was pleased with that effort throughout the year."

One of the biggest storylines of this game is Trivisonno himself, who has announced his plan to step down after 23 seasons as Mentor head coach. He knows it could end at any moment, but he isn't focused on himself right now.

"We're just trying to focus, to do the best we can against a great football team and see how it goes," he said. "That's all I can do is just get the kids prepared as best we can and go play the game."

Trivisonno has won 212 games in his career, but has never won a state championship despite getting to the last game four times. It is virtually the only thing missing from a grand resume that has earned him the respect and admiration of his colleagues, including Lombardo.

"He's a model for how a public school should do it," Lombardo said. "He started with the youth programs, keeping the kids in Mentor...kids wanted to stay and stay true to [his] system throughout his time there, and he's had the success to show it."

The matchup will kick off at 7 p.m. from Parma and will be featured as WKYC.com's High School Football Game of the Week. Dave "Dino" DeNatale and Dennis Manoloff will have the live audio call on our website, the 3News app, and the 3News Facebook and YouTube pages.