The Eagles had been scheduled to take on Avon Friday night in the playoffs. 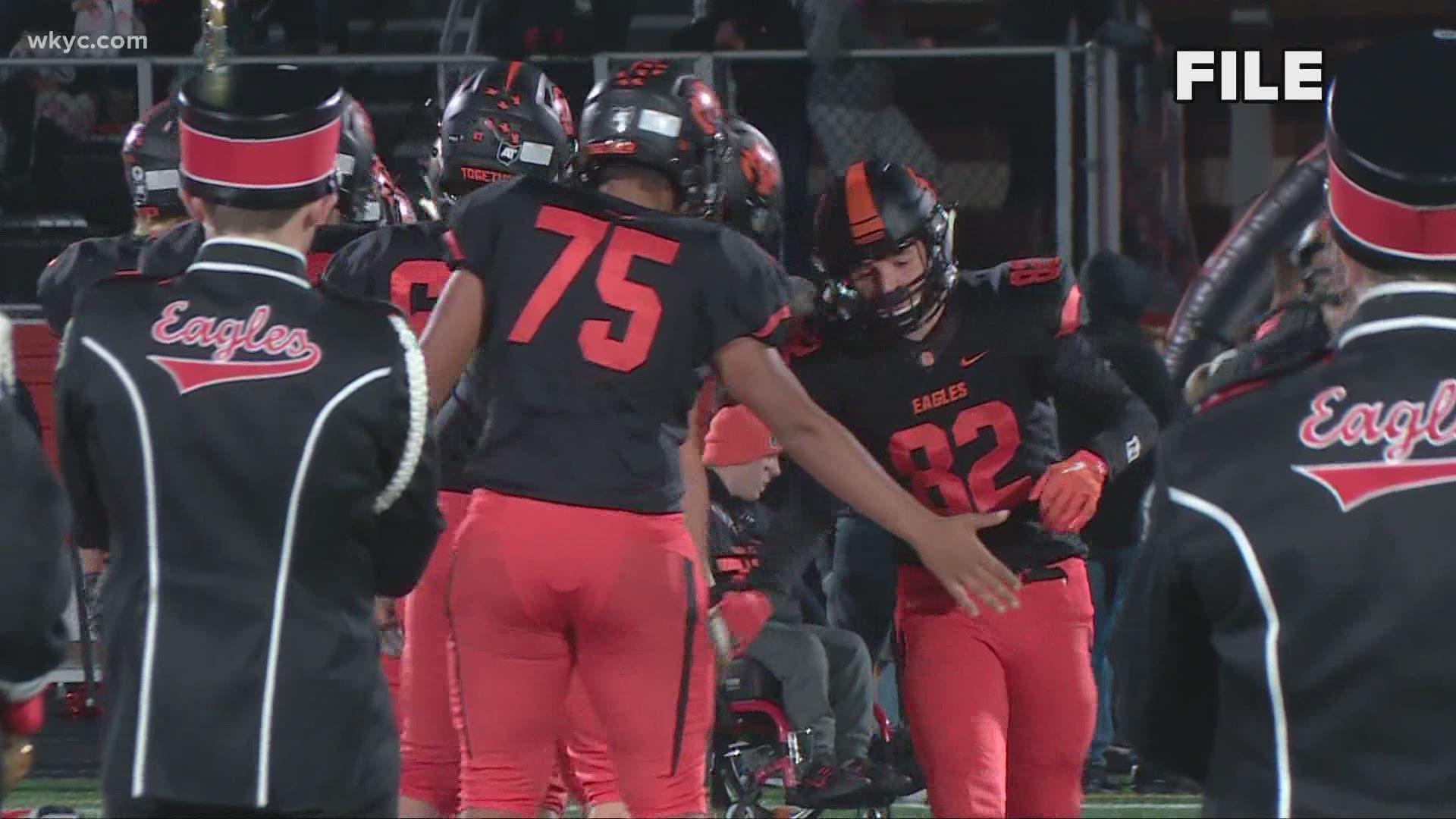 NORTH OLMSTED, Ohio — North Olmsted's high school football season is officially over, and it certainly didn't end they way players and coaches hoped it would.

The city school district canceled the remainder of the campaign after an Eagles player tested positive for COVID-19. Officials say the boy is currently in isolation, but nine more students and two staff members were exposed. The Cuyahoga County Board of Health is now conducting contact tracing.

The Eagles had been scheduled to take on Avon Friday night in the second round of the OHSAA Division II playoffs, but the district decided not to go ahead with the contest due to football being a contact sport and the number of individuals exposed being "significant." North Olmsted (along with all high school teams in the state) was eligible to compete in the postseason despite posting a pedestrian 1-4 record in a shortened regular season, and knocked off Midview in the first round 48-45.

"We know this decision comes as a disappointment to many, however, the district did not feel that it was safe to continue on with the season given the level of exposure that has occurred," the district said in a statement. "As a district we will continue to make decisions that keep our school community safe."

The conditions of the infected students as well as others who were exposed is unknown at this time. The scheduled playoff game will go down as a "no contest," and top-seeded Avon will now host either Granger Highland or Freemont Ross in Round 3.