Rich Johnson's interception with 1:09 left sealed the deal for the Eagles. 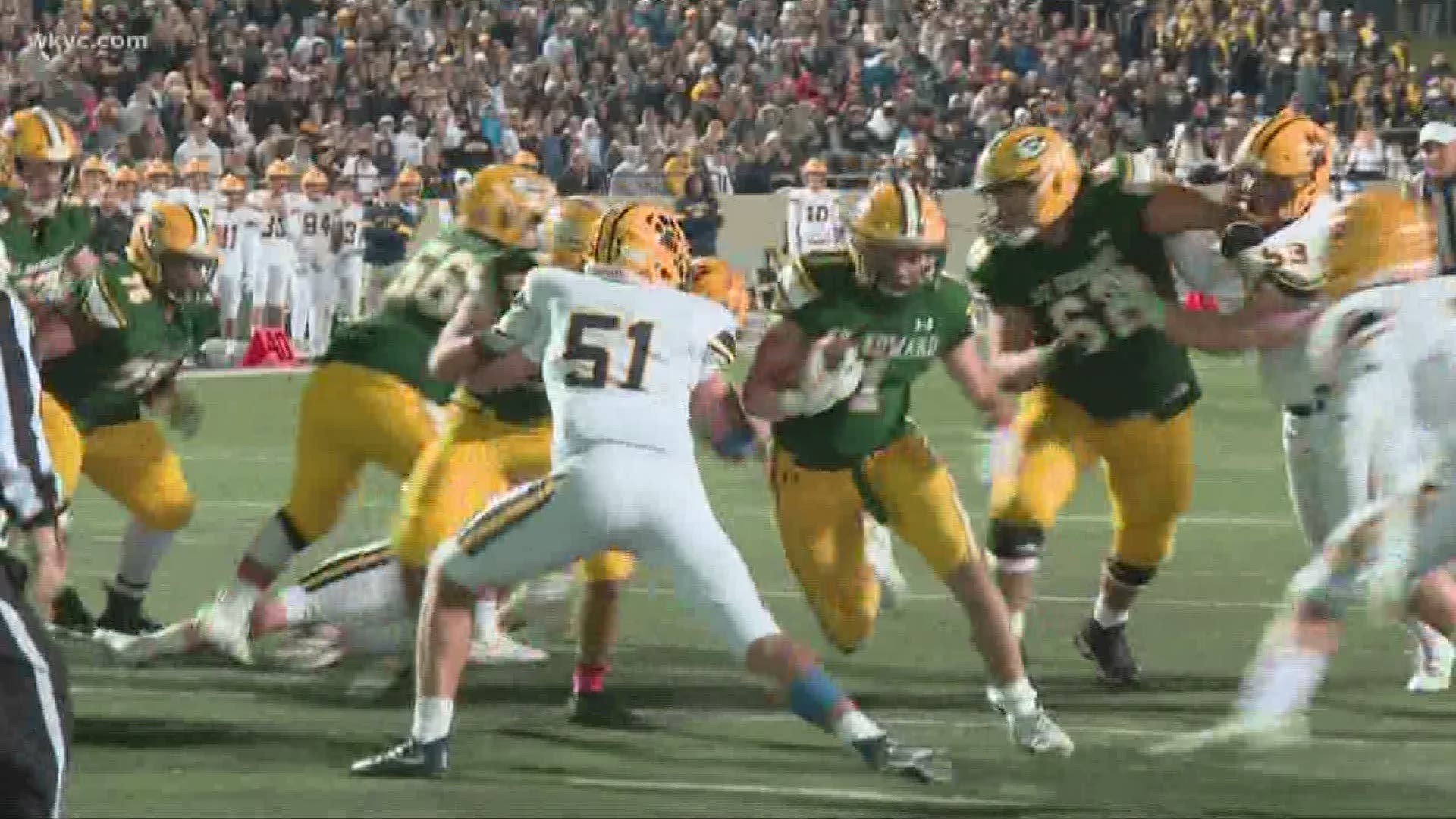 LAKEWOOD, Ohio — Only time will tell if these two rivals will meet again in the playoffs, but for now, supremacy remains on the west side.

The St. Edward Eagles took down the St. Ignatius Wildcats Saturday night 7-3 in a defensive slugfest, building off their upset victory in the first round of last year's postseason. Senior Rich Johnson sealed the game when he intercepted a Griffin Hanna pass with 1:09 left.

The two foes played to a scoreless tie at half before Declan Mangan nailed a 49-yard field goal to put Iggy on the board first midway through the third quarter. However, it would be St. Ed's Joey Formani who provided the game's only touchdown on a 6-yard run early in the fourth.

The Wildcats actually out-gained the Eagles 288-194, but nine penalties for Chuck Kyle's team proved costly. Hanna threw for 201 yards to go with the pick, while Jack Welcsh rushed for 100 on 20 carries.

Formani had 86 rushing yards on the night, but it was the Wildcat defense that stepped up when it needed to: Along with the clinching interception, Johnson also led the team with seven tackles, while the unit as a whole sacked Hanna three times.

St. Edward, which entered the week ranked second in Ohio's Division I AP poll, improves to 6-1 and will take on Clarkson Football North out of Ontario Canada next Friday. St. Ignatius, meanwhile, falls to 3-4, and finds its playoff hopes in jeopardy with a trip to struggling Archbishop Moeller on deck.