The OHSAA and Pro Football Hall of Fame have announced a three-year agreement to keep Ohio's football state championship games in Canton. 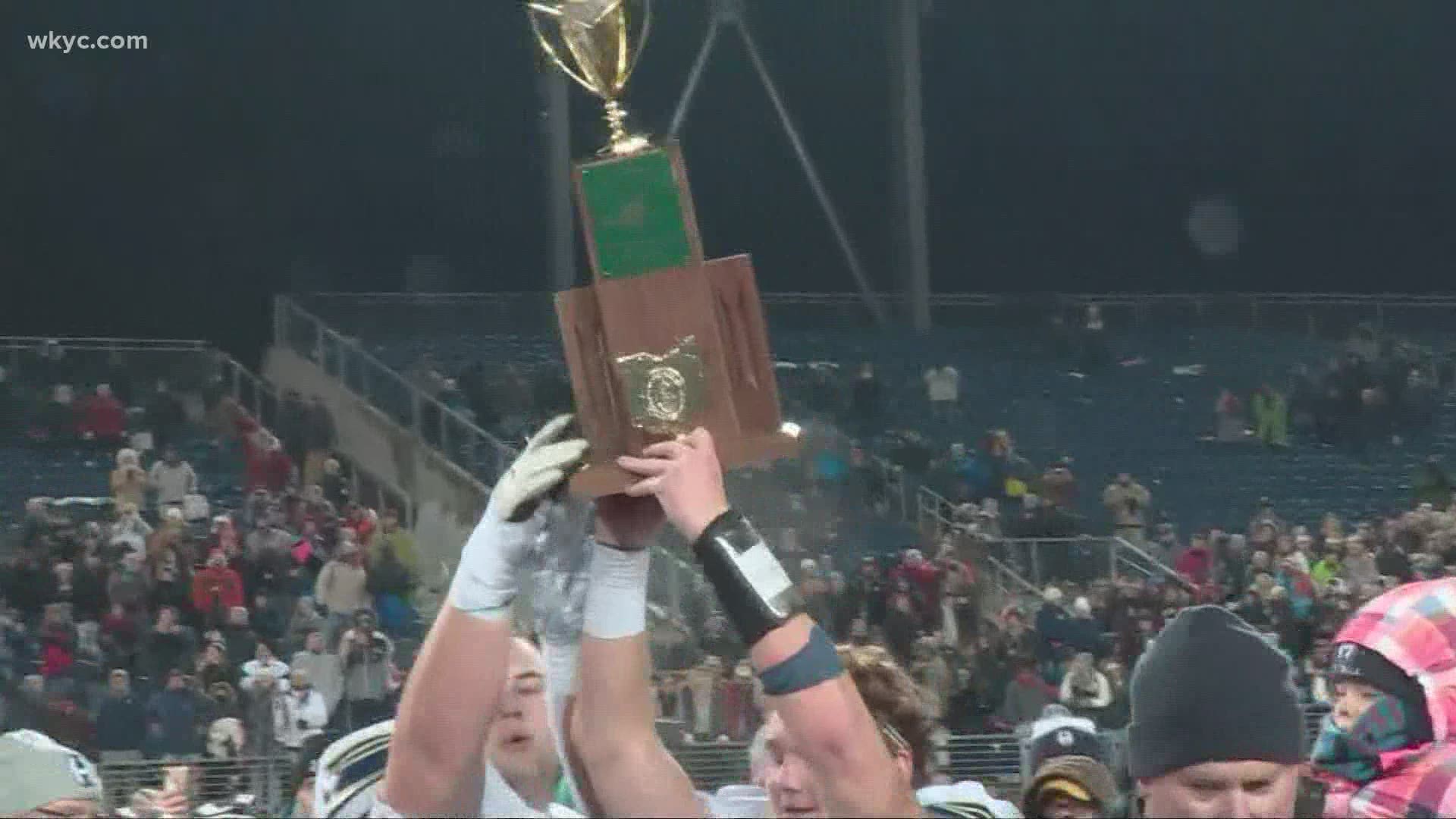 CANTON, Ohio — Editor's note: the video in the player above is from a previous story.

Ohio's High School football state championship games will be remaining in Canton for the foreseeable future.

On Wednesday, the Ohio High School Athletic Association and Pro Football Hall of Fame announced that they are extending their agreement to keep the OHSAA football state championship games at Canton's Tom Benson Pro Football Hall of Fame Stadium by three years. The OHSAA football state title games were previously played from 2017-2019, with the 2020 state championships being played at Fortress Obetz near Columbus and Massillon's Paul Brown Tiger Stadium due to attendance limits that came as the result of COVID-19.

"We want to be someplace that somebody wants us," Ute said. "We'll bring 14 communities here to Canton for the weekend (of the state championships) and we want our communities to have a great experience. And certainly, Canton is no stranger to that."

From 1990 through 2013, Stark County hosted Ohio's state championship football games, with the contests being split between then-Fawcett Stadium in Canton and Paul Brown Tiger Stadium in Massillon. From 2014-2016, the games were played at Ohio Stadium in Columbus, before returning to Stark County in 2017.

“The Hall of Fame prides itself in treating OHSAA football teams and their fans the same way we treat the NFL teams and their fans,” Strawbridge said. “We give them a first-class experience while they are here. We take the teams through the museum and promote the values of the game. We look forward to providing an exceptional experience for the players, coaches, families and fans attending the games in Canton – the pinnacle of football.”

You can watch the live announcement in the player below: