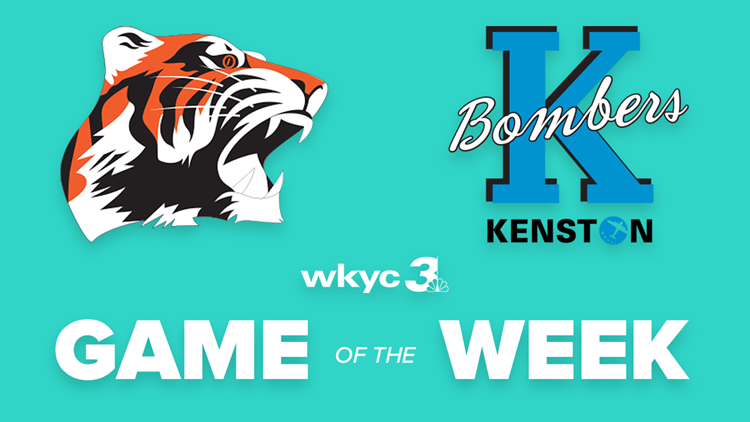 Chagrin Falls vs Kenston to be featured as WKYC.com's High School Football Game of the Week

It's going to be a party in the Chagrin Valley on Friday night!

Following the latest round of polling, the rivalry between the Chagrin Falls Tigers and Kenston Bombers will be featured as WKYC.com's next High School Football Game of the Week. The matchup took home 55% of the roughly 6,700 votes cast.

The game is a historic one for Kenston, as it will be the team's first at home since winning the Division III state championship last December. The Bombers are coming off an impressive 35-0 win over D-VI playoff contender Black River, and are led by a powerful offense that includes quarterback Jon Tomcufcik, O-lineman and Wake Forest commit George Sell, and Mr. Football candidate Jack Porter at running back.

Chagrin Falls, meanwhile, got lit up by Streetsboro 55-12 in Week 1 and went 4-6 last season, including a 41-14 home loss to Kenston. However, all but two of their losses in 2018 were to playoff teams, and they even earned upset wins over Orange and Beachwood.

The game will now receive a live audio broadcast from Dave "Dino" DeNatale and Dennis Manoloff on WKYC.com, the WKYC app, and the WKYC Facebook and YouTube pages. Coverage starts just before 7 p.m., and we will also have scores and updates from other games around the area.

RELATED: 11 Northeast Ohio teams to watch as high school football gets under way