PARMA, Ohio — What was perhaps the most-anticipated game of Northeast Ohio's high school football season turned into a laugher quickly, with one of the area's premier programs once again asserting its dominance.

St. Edward swatted away the Medina Battling Bees 41-6 in Friday night's WKYC.com High School Football Game of the Week. The Eagles earn the Division I Region 1 championship and will advance to the state semifinals.

Medina actually took an early 6-0 lead on a 26-yard touchdown pass from Drew Allar to Drew Hensley, but St. Ed struck right back when a long kickoff return by Joel Castleberry helped set up a Danny Enovitch score that made it 7-6.

From there, the Eagle secondary helped contain Allar, who was intercepted twice by Carlton Landingham. The first set up a second TD by Enovitch, who finished the night with 161 rushing yards.

Quarterback Christian Ramos made it 21-6 when he found senior Ryan Miklich for a 25-yard strike, and after neither team scored in the second quarter they began the third by hooking up on a 35-yard reverse flea-flicker that followed a fake punt. In the fourth quarter, Ramos hit Miklich again for 64 yards out, putting the game out of reach.

Let's get to some final thoughts after watching @SEHS_FOOTBALL defeat @medinaathletics 41-6 to capture the D1/R1 crown at Byers Field in our @wkyc Game of the Week.

Allar is likely to be named Ohio's Mr. Football Award winner, but in his final high school game the Penn State commit completed only 44% of his 62 passes for 299 yards and a touchdown. Besides the two picks, he was also sacked three times, and only connected with top target Jajuan Jackson once for five yards.

Besides advancing to the state semis, St. Edward (13-1) also avenges last year's second-round playoff shocker, when Allar and ninth-seeded Medina stunned the No. 1 Eagles 35-31. The Bees (13-1) followed up that miracle run with their best season ever, but just like 2020 could not make it out of the regional bracket.

You can re-listen Dave "Dino" DeNatale's call of the matchup in the player below, or scroll down for more final scores from across Northeast Ohio. 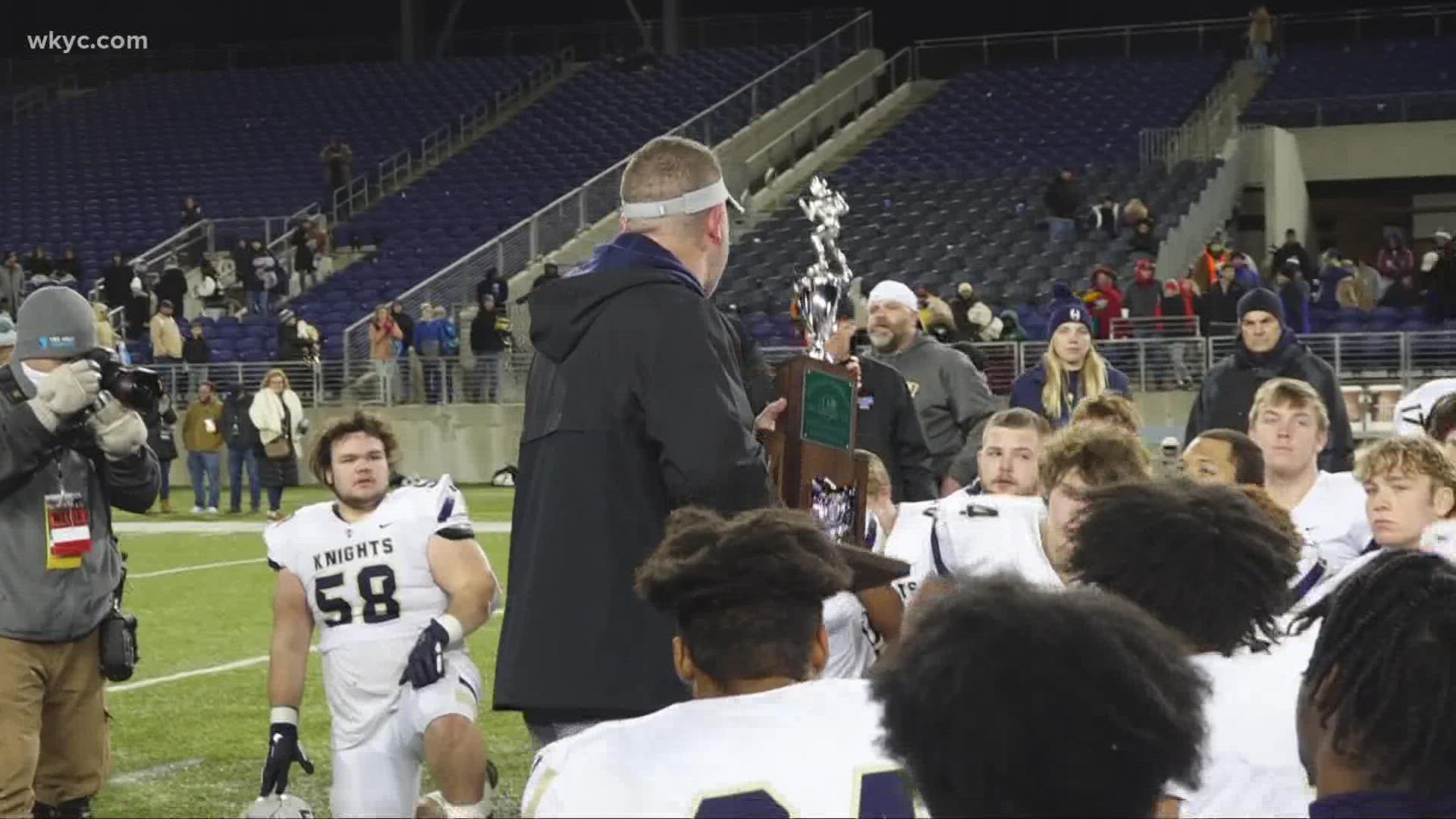