The coach is accused of telling a player, 'I asked for a quarterback, not a quarter black.' 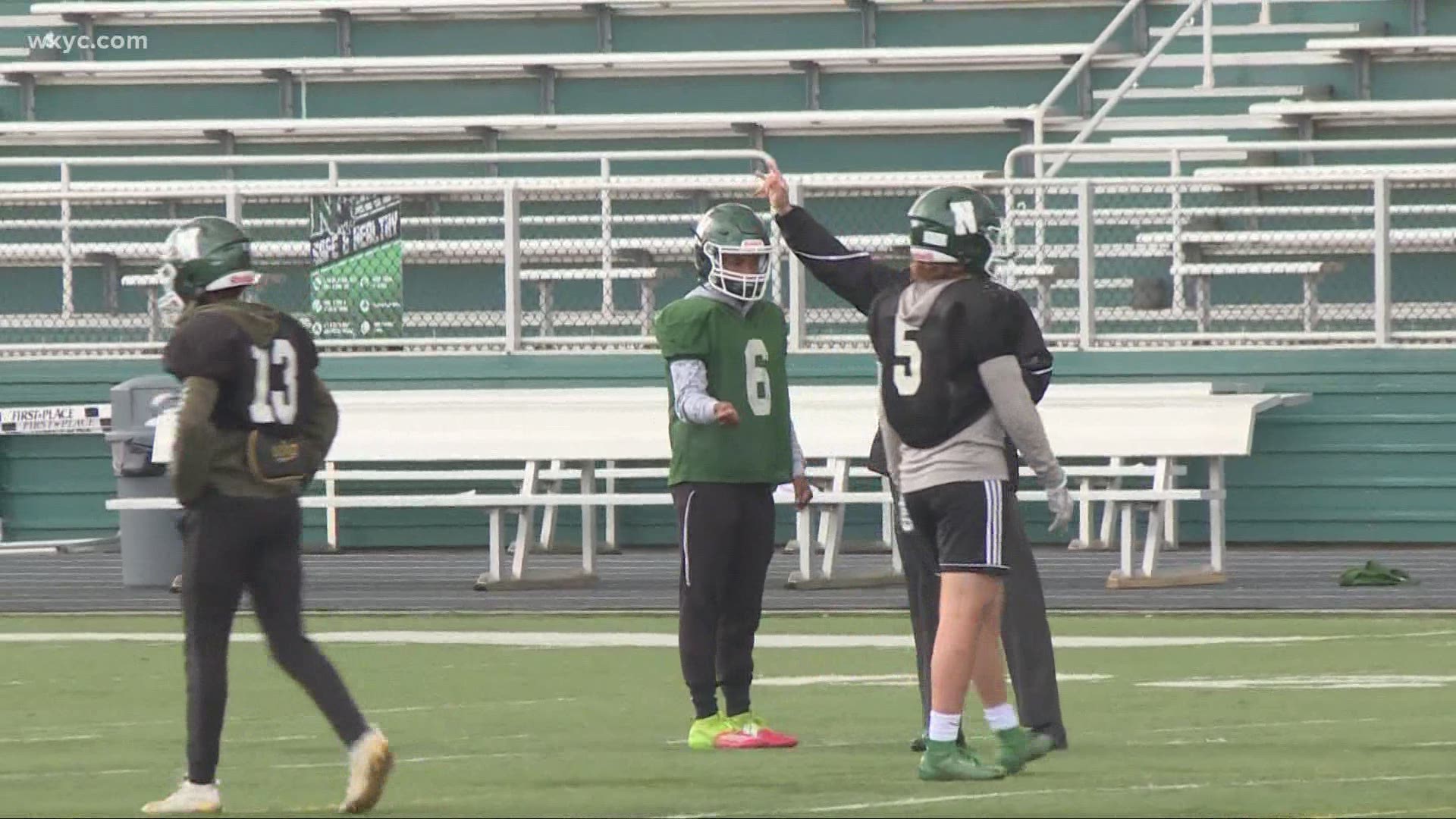 "There is no place for racism in the Nordonia Hills City School District.”

That’s how Superintendent Joe Clark began a letter to the community Thursday morning to announce the resignation of an assistant football coach amid allegations of a racially insensitive statement.

Clark said he was alerted to the situation Wednesday in which the coach, identified as Greg Poulin, called for a new quarterback while directing the offense during practice.

Clark said an investigatory, pre-disciplinary meeting was scheduled for Thursday. Poulin has since submitted his resignation, which Clark said he has accepted.

“My team and I will continue to investigate this matter,” he wrote.

The school released Poulin's letter of resignation, which includes a statement of regret for his actions. The letter read, in part:

"At the end of the day, my family and I have chosen to make this our home because of the people that live in our community and the people that lead this school district. Our community offers many diverse opportunities, and for that, my children will be better off for it.

"I understand that the Nordonia Hills City School District has high expectations for its administrators, teachers, staff, and students. Those high expectations make Nordonia a special place. Regrettably, I recognize that I have not met those expectations, and I can reflect on my need to continue to learn and to further develop my personal growth."

"Gregory Poulin, who is a history teacher at the Stow-Munroe Falls City Schools, has been suspended pending a formal investigation of the incident that occurred yesterday while he was serving as an assistant football coach at Nordonia Hills City Schools. I learned of the incident earlier this morning from Nordonia Hills Superintendent Joe Clark and immediately followed up with Mr. Poulin.  Mr. Poulin will be provided with all due-process rights before any further action is taken."

Read the superintendent's full letter below, which was distributed shortly before 10 a.m. Thursday:

There is no place for racism in the Nordonia Hills City School District. As Superintendent, I fully embrace the diversity of our workforce, community, and student body, and am committed to providing an environment which recognizes and respects the equality of all people. My team is dedicated to meeting the educational, physical, social, and emotional needs of all students, so that each individual can begin their life after High School knowing they are valued for their hard work, unique gifts and strong character. No conduct that interferes with an environment of respect and equality will be tolerated.

Yesterday afternoon, athletic director Rob Eckenrode alerted me to a situation reported to him that happened during football practice. An assistant coach was directing the offense and called for a new quarterback. An African-American player who does not play quarterback jokingly responded, “I’ll play quarterback.”

The coach replied, “I asked for a quarterback, not a quarter black.”

I immediately directed Mr. Eckenrode to schedule an investigatory, pre-disciplinary meeting for the assistant coach today, October 1. Early today the coach submitted his resignation, which I have accepted. My team and I will continue to investigate this matter.

In addition, whenever a licensed employee resigns during an investigation, I am required to report the incident to the Ohio Department of Education’s Office of Educator Conduct. I submitted that report this morning.

Each of you has my promise that our commitment is to enhance learning and remove barriers of any type that inhibit students from reaching their highest potential. My team and I will not tolerate racism, in any form, anywhere within Nordonia Schools.

As always, thank you for your continued support of the Nordonia Schools.