The district did not give any specific instances or name any schools where these incidents had occurred. 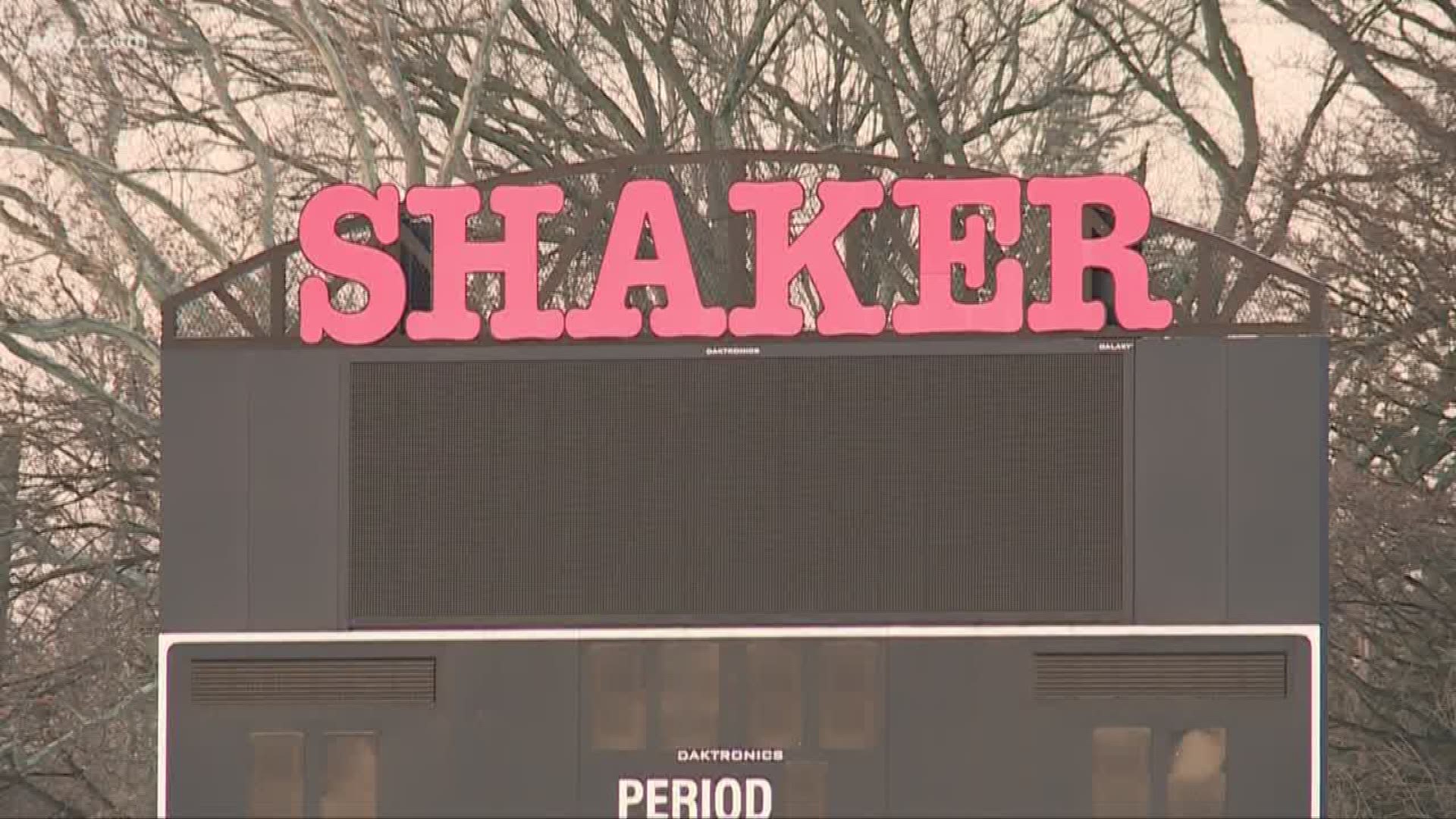 SHAKER HEIGHTS, Ohio — The Shaker Heights city school district announced this week it will leave the Greater Cleveland Conference beginning with the 2020-21 academic year to join the Lake Erie League, the conference it had been a part of for nearly 90 years.

However, one of the reasons for the switch is generating controversy.

The district cited new and improved leadership in the LEL, better geography and travel times, but also "diversity/cultural sensitivity issues." According to the district, Red Raider athletes have had to deal with "multiple instances" of "racial slurs on the athletic playing fields."

Shaker's men's basketball coach Danny Young told WKYC's Ray Strickland that his players have been subject to racial slurs for years. Young says fans and even players have called members of his team, who are black, "porch monkey" and the "n-word".

"I had kids in the locker room this year crying because they were called those names," Young said.

He says the decision to leave the conference was based on the safety of his team.

"It's only so much you can take of that," he said. "My guys show a lot of discipline at not really responding to it...I'm proud of them."

He says sports is about bringing people together. He hopes this can lead to a serious conversation about racism in the communities where the GCC schools are and beyond.

"We are one society. One community. One America," he said. "We need to take a step back and be reflective and have those courageous conversations about race."

The district's statement on its decision further read:

"While our student-athletes have dealt with each of these incidents in a remarkably poised way, it is something that must be given serious consideration when making a decision about conference affiliation. The lack of diversity and cultural sensitivity in some of the communities in the GCC is a real concern."

The district did not name any schools where these incidents had occurred. The following schools are current members of the GCC:

Officials say the change will "better the sports experience of our students" and has the support of Athletic Director Don Readance as well as coaches.

WKYC has reached out to the OHSAA, GCC schools and the league itself for comment on this matter.