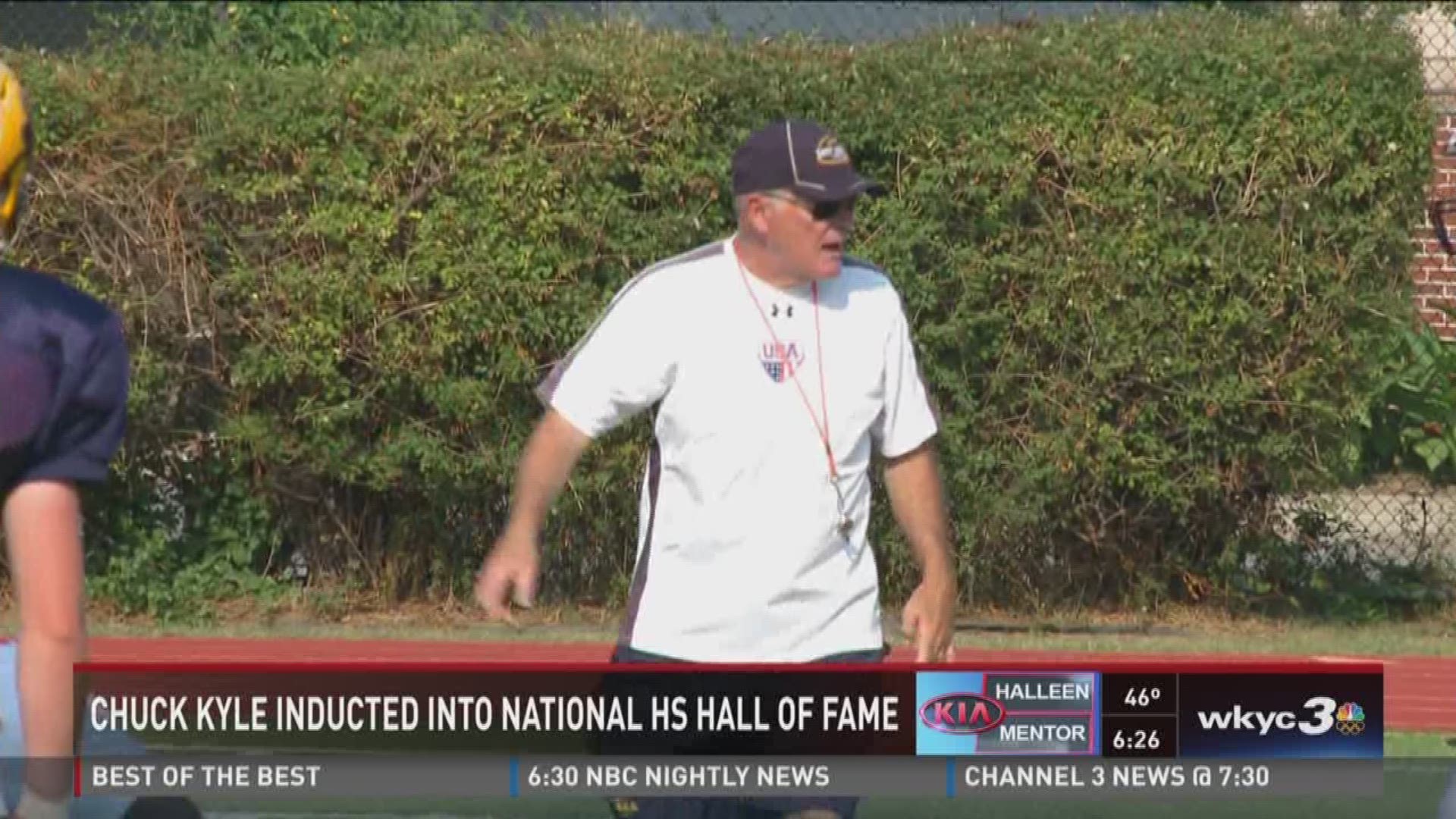 Kyle, a 1969 St. Ignatius alum, has led the Wildcats to 321 wins and 11 Ohio High School Athletic Association football state championships in his 33 years at the helm of the school’s gridiron program.

Flannery, after concluding his 30-year career in Ohio - including a 15-year stint as North Olmsted High School’s director of athletics - joined the NFHS staff in 1998. During his tenure, he directed the NFHS Coaches Association, was editor of the Soccer Rules Book and Swimming and Diving Rules Book, and was in charge of the NFHS Officials Association for two years.

Kyle, who boasts a .794 winning percentage, ranks No. 1 in football state titles and set a state record by qualifying for the playoffs 22 consecutive seasons (1988-2009). His teams have gone undefeated five times and have received recognition by media outlets as the nation’s top team three times (1989, 1993, 1995). On four separate occasions during Kyle’s tenure, the Wildcats have registered winning streaks of 25 or more games, with a best of 39 straight victories.

A longtime member of the school’s English faculty, Kyle has also coached St. Ignatius’ track and field team for 43 years. The Wildcats won the Division I state title in 2001

Flannery started the NFHS Coach Education Program in 2007, and by the time he retired in 2014, had built one of the most successful programs in the organization’s history.

The National High School Hall of Fame was created in 1982 by the NFHS to honor high school athletes, coaches, officials, administrators, performing arts coaches/directors and others for their extraordinary achievements and accomplishments in high school sports and performing arts programs.

This year’s class increases the number of individuals in the Hall of Fame to 447, including 30 Ohioans.