Both teens have won multiple state championships in their respective sports. 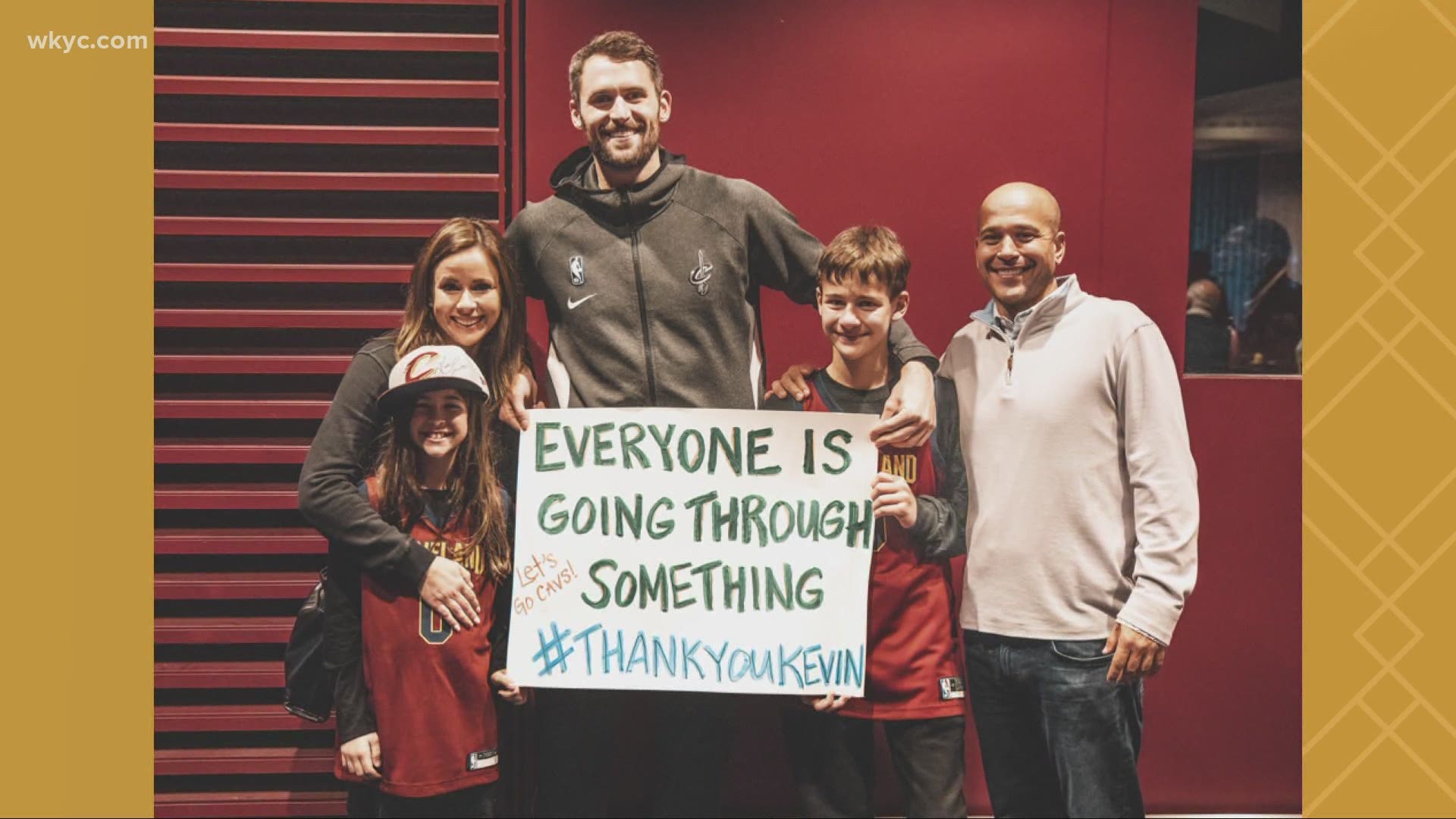 CLEVELAND — The Greater Cleveland Sports Awards celebrate the very best of athletics in Northeast Ohio, not just among our beloved professional teams, but also from the amateurs in our cities and towns that truly bring us together as a community. On Thursday, two of the area's best high school athletes were honored for their achievements on the field during the past year.

St. Ignatius swimmer Tyler Hong was named Male High School Athlete of the Year, while Mentor track and field star Paige Floriea earned Female Athlete of the Year, both presented by University Hospitals. The pair were virtually presented with their respective awards by 3News' Jay Crawford at the ceremony that aired on WKYC Channel 3.

Hong won back-to-back state championships in the boys 200m individual medley (including last week), and was named an All-American by the National Interscholastic Swimming Coaches Association. His excellence in the classroom also helped him become a three-time USA Swimming Scholastic All-American, and he plans to continue both his athletic and academic careers at Princeton University.

"I never thought I'd receive this award, let alone be on Zoom in the midst of a pandemic," Hong told Crawford with his parents by his side. "It’s crazy just to think how many athletes went through this process, and then to have me chosen out of everyone. It's truly an honor."

Floriea won three long jump state championships and earned 15 all-state finishes across several events. She was named the News-Herald's Track and Field Athlete of the Decade and will attend the University of North Carolina in the fall.

"Winning and being able to represent this entire area...feels incredible," Floriea said, noting that she attended the 2020 awards ceremony in-person as a prior nominee. "I'm so honored to do it."

Hong earned his award over football players Joe Labas of Brecksville-Broadview Heights and Kentrell Marks of Valley Forge, while Floriea beat out Hawken track and swimming star Ella Gilson and Strongsville girls soccer's Shelby Sallee. Congratulations to all of tonight's winners and nominees!