It’s a question that's evoked a lot of reactions. Should transgender athletes be allowed to play on the team of their gender identity? 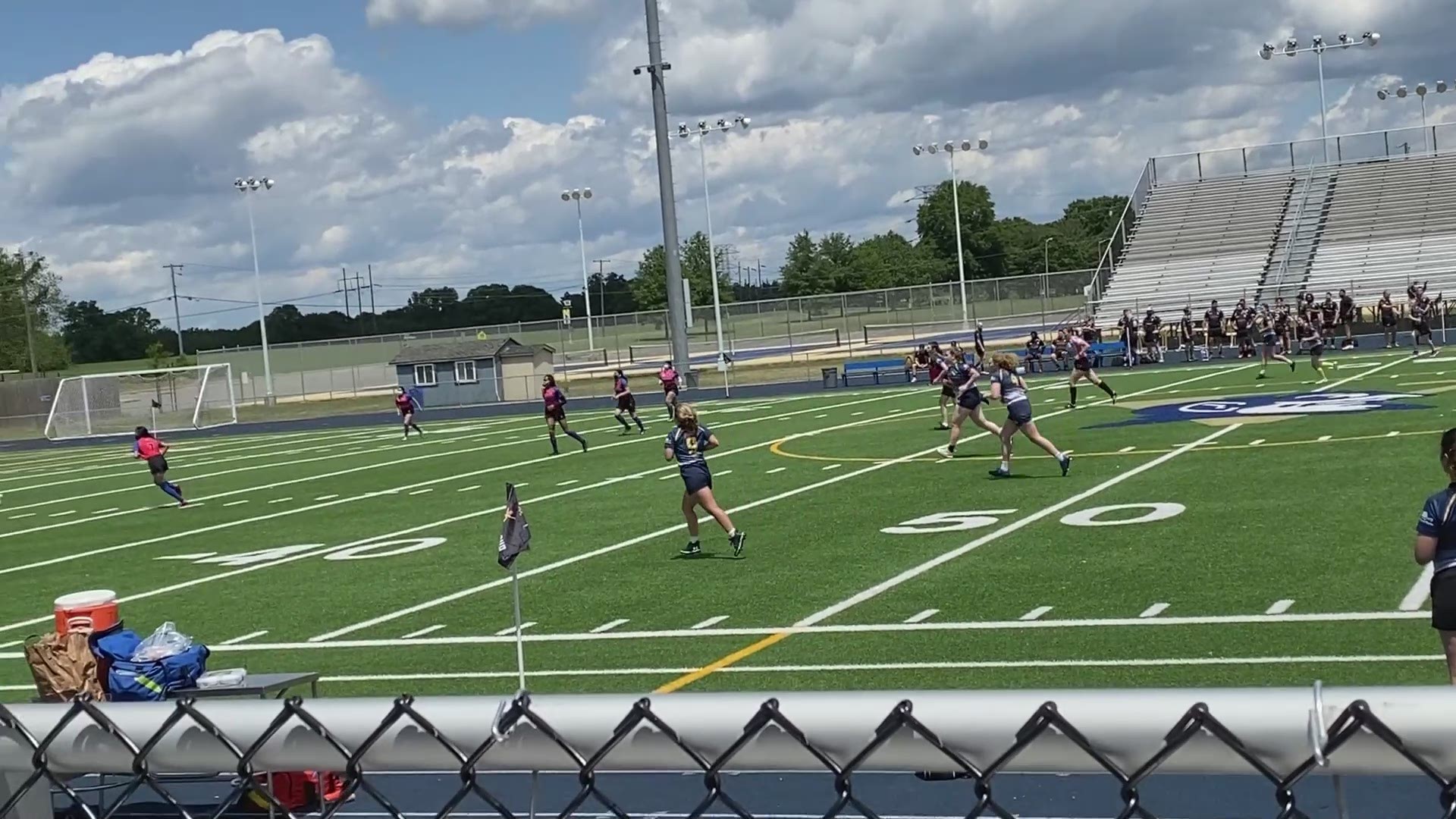 STAFFORD, Va. — States across the country, including West Virginia, have passed or are considering a ban on transgender (trans) athletes playing on female sports teams. Those athletes tell WUSA9 they want the public to know this debate is about people, not politics.

After just a few practices, 17-year-old Jenn Brewer fell in love with Rugby. It challenged her, brought her the support and friendship of a team and a whole lot of good stories.

“I was running up the field with the ball and I had gotten tackled and so I set the ball down,” Jenn recalled. “I look at my arm and I walked to the trainer and I'm like 'there's a tooth in my arm.' The trainer took it out with like a pair of pliers...It was just a random tooth that happened to be on the field.”

But the scars aren't only physical.

“There were spectators yelling at me about how I wasn't supposed to be on the field,” she told us.

Jenn is a transgender athlete playing on a girls' Rugby recreation team in Northern Virginia.

“I've heard them scream 'that's a boy; there's a boy on the field; why is there a boy playing,'” Jenn’s mom Amanda said. “It's heartbreaking because she's not, she's not. She's my second-born little girl. It's just not fair.”

Amanda said it makes her wonder about her daughter’s safety. The mother and daughter sat down with us for an interview at their home in Stafford.

“I just felt like I had to. Like, it was my duty as a trans athlete to speak up about other trans athletes, but I don't want to,” Jenn said. “I just feel like I need to.”

That feeling became stronger after news out of West Virginia, where Governor Jim Justice signed a bill that bans transgender athletes from competing in female sports in middle and high schools and colleges.

Supporters said the ban can help "level the playing field for female athletes."

“I've never met a fellow Rugby player who cared anything about it,” Jenn said. “I know there [are] tons of people in West Virginia who would love to play Rugby but are now being kept back by that rule. So, it's difficult to see my trans brothers and sisters and siblings be denied that ability.”

The Brewers know what that possibility feels like. Jenn's coach had to write a 136-page appeal in order to get her on the Virginia team back when she was in seventh grade.

“She had to turn in all of her lab work to show what her testosterone levels are, what her estrogen levels are and how long she's been on treatment,” Amanda said.

“It was just emotionally draining,” Jenn said. “Like no one else has to prove that they can play Rugby. They just got to sign up.”

This family hopes, as Jenn finishes her final high school season, those hearing her story will remember one message.

“They shouldn't even have to know a trans person for them to care about trans people because we're all human beings and we're all living on the same planet and we all want to play the same sports,” she said.

Right now, there is a group in West Virginia planning to challenge the ban in court, in hopes it will be overturned.

Several other states across the country have enacted similar measures. Lawmakers enacted bills that would ban transgender athletes from competing on girls’ teams in public schools in Alabama, Arkansas, Tennessee and Mississippi. South Dakota’s governor implemented the move with an executive order.

Idaho passed the law in 2020. More than 20 states have considered similar measures this year so far.

RELATED: 'These are solutions without a problem' | Opponents, supporters react to West Virginia transgender athlete ban