The Charge will begin playing home games at the Wolstein Center starting with the 2021-22 NBA G League season. 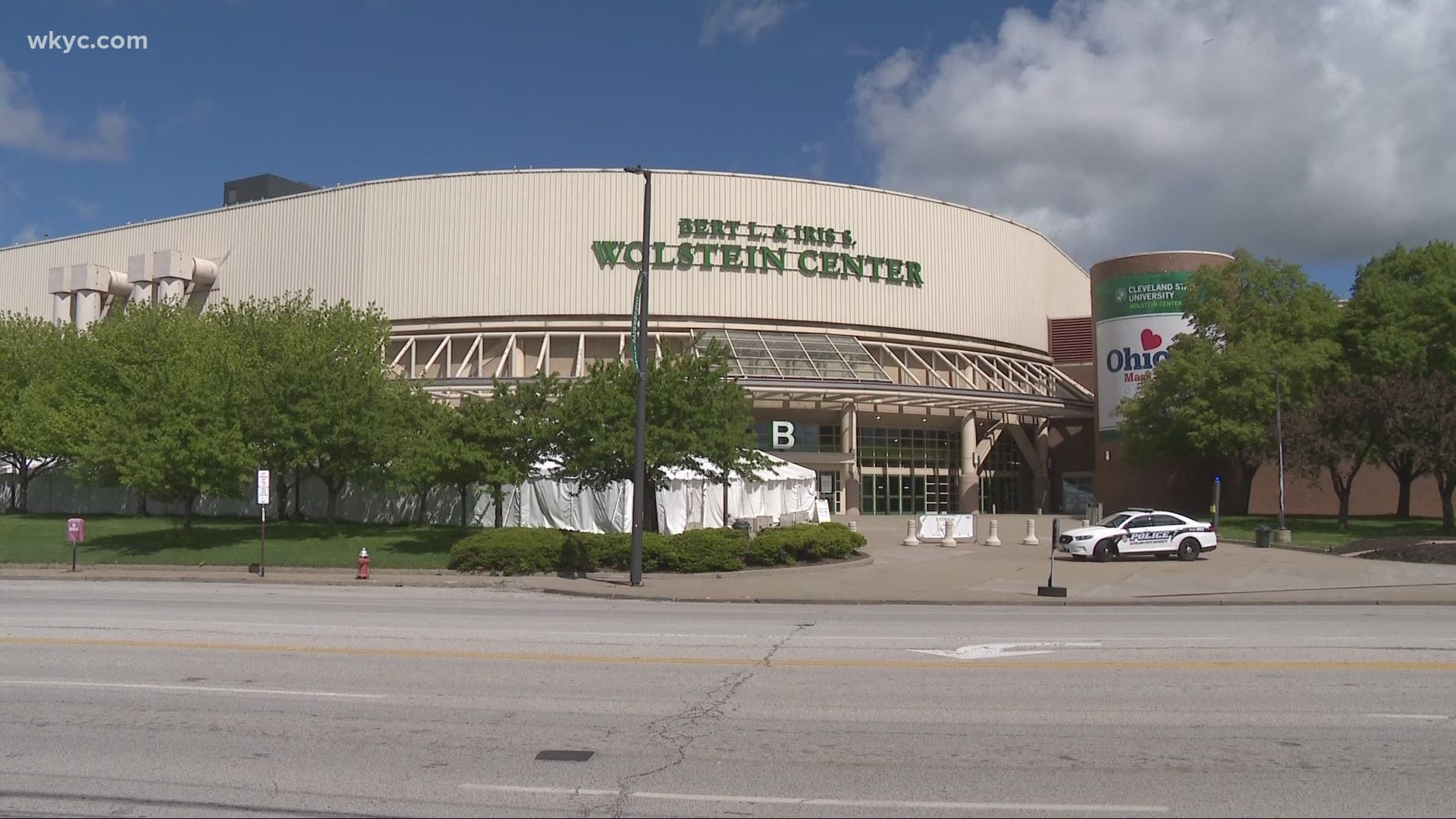 The Cleveland State Vikings basketball teams will have some company at the Wolstein Center beginning this fall.

On Wednesday, the Canton Charge, the NBA G League affiliate of the Cleveland Cavaliers, announced that it will not extend its expired lease at the Canton Memorial Civic Center and will move to the Wolstein Center for home games starting with the 2021-22 season. The season is expected to tip off in November.

Cavaliers officials say the move by the Charge to downtown Cleveland follows a trend in the G League seeing teams continuing to operate much closer to their NBA franchise home venues and training centers. More than half of the teams in the G League are now located closer than 30 miles from their NBA parent club’s game arenas and training and development facilities. G League teams from Washington and Detroit are now playing in their home cities as well.

“I am, of course, disappointed that the Charge will no longer be playing in Canton. We had open and professional conversations with Charge management about extending their lease and staying,” Canton Mayor Thomas Bernabei said in a statement. “However, their move is stimulated by a desire to be in much closer proximity to the Cavaliers’ core center of operations. We worked hard at keeping them here, but I appreciate their openness in our conversations, respect their decision and sincerely wish them well. We also appreciate their continued commitment and expansion of youth and community programming and support here. We thank them for an exciting run at the Civic Center and will remain Charge and Cavs fans.”

The Charge's move to the Wolstein Center ends a 10-year, nine-season stay at the Civic Center in Canton, which served as the first home venue for the team after the franchise was acquired by the Cleveland Cavaliers organization in 2011. The Charge played a greatly abbreviated slate of games in Orlando, Florida as part of the NBA G League “bubble” season in February and March of 2021.

“We want to thank Mayor Bernabei, the City of Canton and our Charge fans and partners for a decade of excitement at the Civic Center,” said Rock Entertainment Group CEO Len Komoroski. “When we acquired the franchise and relocated it here to Northeast Ohio, our goal was to create the best operation and experience in the G-League, both on the court and off. We’ve had success working towards both those goals and that remains our commitment and focus.”

For Cleveland State, the move by the Charge represents a new opportunity for a potential new arena or a refurbished Wolstein Center in the future. According to a release by the Charge, the 'new era' will "be accompanied by the development of a longer-term vision and partnership with CSU that can align with the evolution of their future venue plans as well."

“We’re thrilled to welcome the Charge to the Wolstein Center and we look forward to collaborating with Rock Entertainment on what’s next,” said CSU President Harlan Sands. “This is bigger than basketball. It is a great example of our commitment to engage and collaborate with community partners to pool resources, strengthen downtown and make Cleveland and Northeast Ohio an even more vibrant place to live, work, play and do business.”

The Charge says further details on the team name, logos and merchandise information will be announced in the near future.