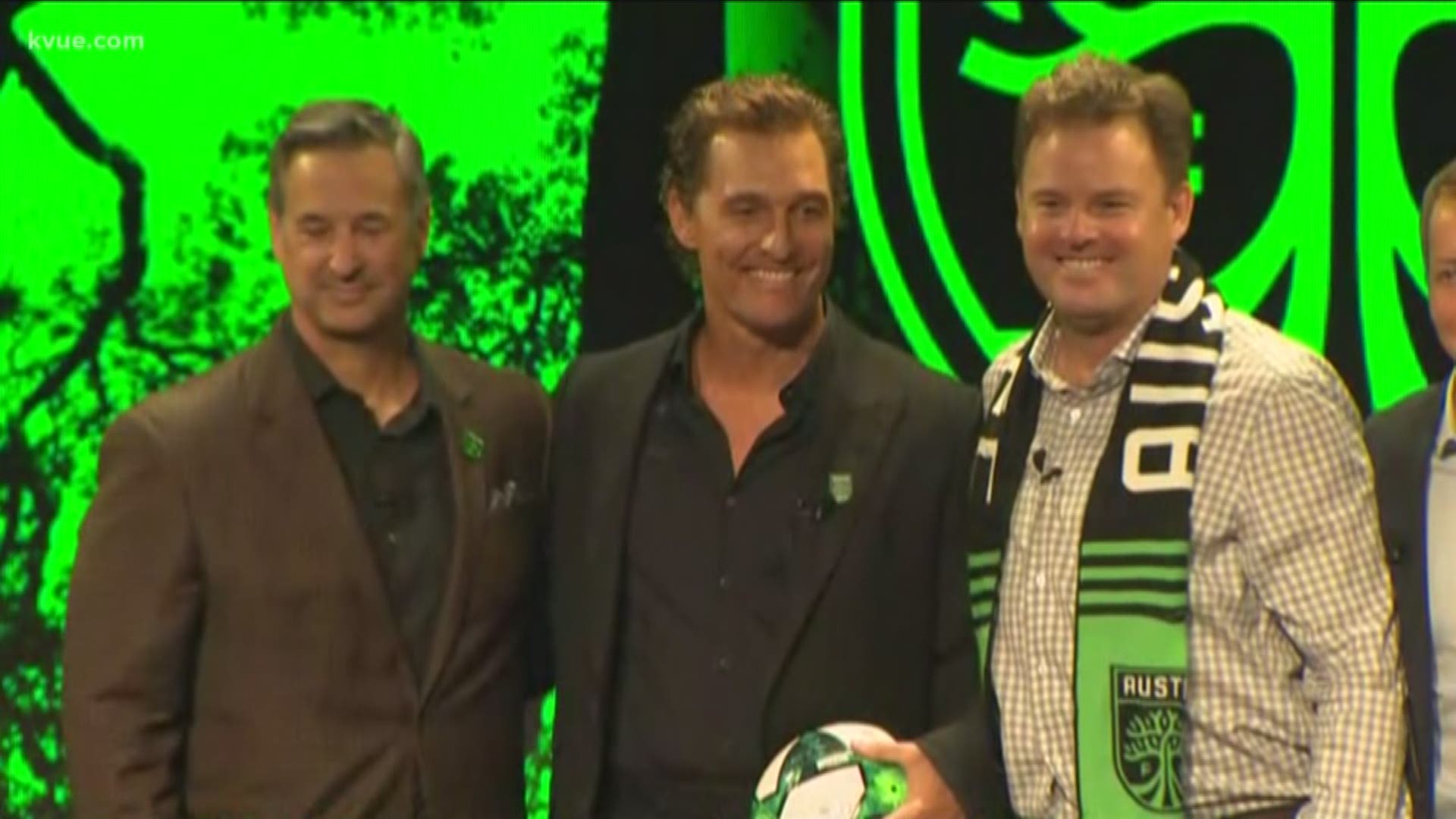 In addition to Austin's own McConaughey, the new co-owners include Eduardo Margain, Bryan Sheffield and Marius Haas.

The Austin FC will be the first major league sports team in Austin, along with being the 27th team to be added to Major League Soccer.

"This is about legacy," McConaughey said at the conference.

The former UT graduate will also be the soccer team's "Minister of Culture" as he wants to bridge relationships across the field, literally and figuratively. Back in December, McConaughey was named the Minister of Culture for the Texas Longhorns.

The investors are excited about what Austin FC will bring to Austin.

"We want to create the best matchday experience," Haas said.

Precourt said that he chose this group of investors because of chemistry and to make the team locally owned. They are doing it for Austin and the future of Austin.

The first head coach for this team, Josh Wolff, was announced on Jul. 23. Wolff will be taking full responsibility for this role after finishing his assistant coach position with the U.S. Men's National Team.

In the words of McConaughey, "we are soccer."