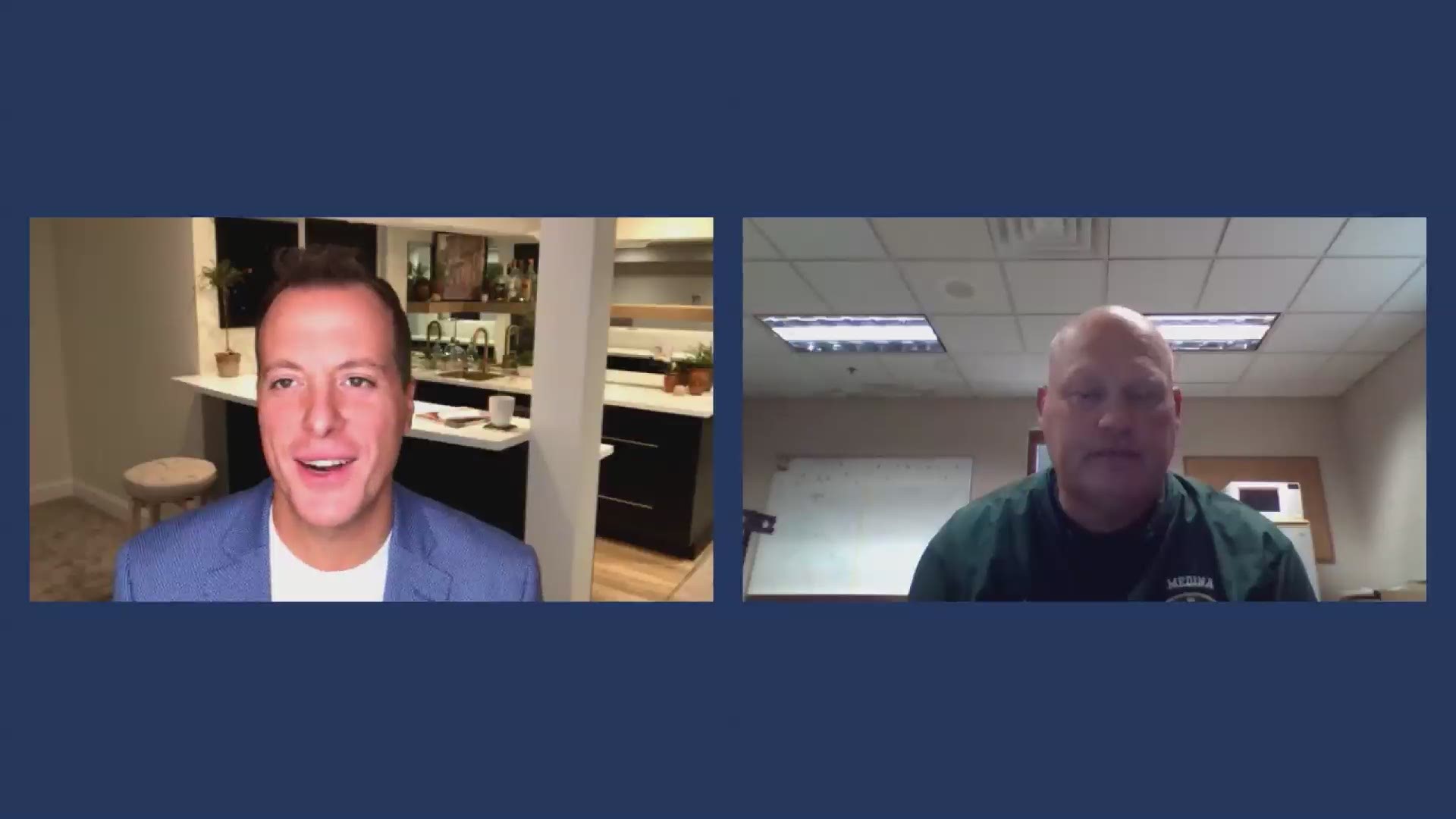 Both were big wins. But Medina head coach Larry Laird wants to keep his team grounded.

"We’re not done. Our kids are excited, our kids are playing hard and starting to reach the potential that we told them in the beginning of the year and now they are starting to believe they have that.”

This week, a showdown with Mentor in the Division I, Region I Championship at Jerome T. Osborne Stadium on Friday night.

Medina’s offense is led by quarterback Drew Allar. Against St. Ignatius, the junior threw for 488 yards along with four touchdowns.

These two teams met in Week 1 of the 2020 season, with Mentor winning 37-19. 3News Sports Reporter Nick Camino talked with Medina Head Coach Larry Laird this week. They discussed the success of the Medina program and the task of facing the powerhouse program of Mentor.

You can watch the full interview below: