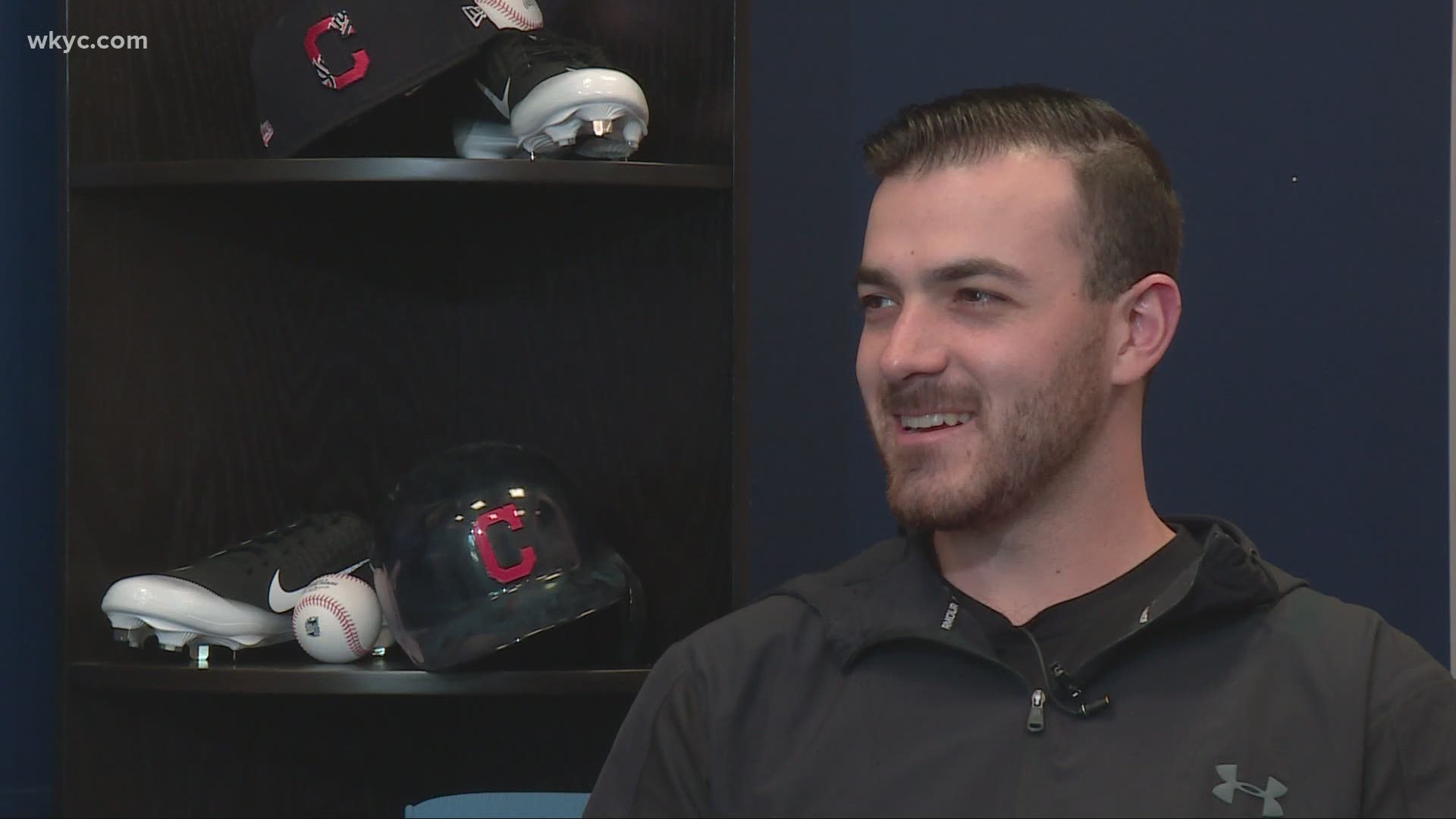 Starting pitcher Aaron Civale has been named the Cleveland Indians' nominee for the 2021 Roberto Clemente Award, which is presented annually to the Major League Baseball "player who best represents the game of Baseball through extraordinary character, community involvement, philanthropy and positive contributions, both on and off the field."

The 26-year-old Civale's nomination comes as a result of his creation of the Pearls for Perseverance player program, which aims to lift the spirits of children who are battling cancer, and their families. As a part of the program, Civale, which he established this past year, the right-hander signs his warm-up baseball prior to each start and ships the baseball to a friend in need at the Cleveland Clinic. He and his fiance, Fran Barilla, also schedule Zoom calls to talk to patients and encourage them virtually and host patients for batting practice at Progressive Field prior to Indians' home games.

In addition to his work with Pearls for Perseverance, Civale volunteered at Camp Curiosity, a summer camp for youth in kindergarten through third grade focusing on STEM and represented the Indians organization at its Play Ball Clinic.

Civale will be recognized for his nomination with a pre-game ceremony prior to the Indians' matchup against the Kansas City Chiefs on Sept. 22 -- MLB's annual Roberto Clemente Day. Now in his third season with the Indians, Civale has amassed a 10-4 record, 3.76 ERA and 85 strikeouts in 17 starts in 2021.

Beginning on Tuesday, fans can vote for the Roberto Clemente Award via mlb.com/clemente21. Voting will run through the end of the season on Sunday, Oct. 3.