Triston McKenzie set an Indians record with eight consecutive strikeouts in the loss. 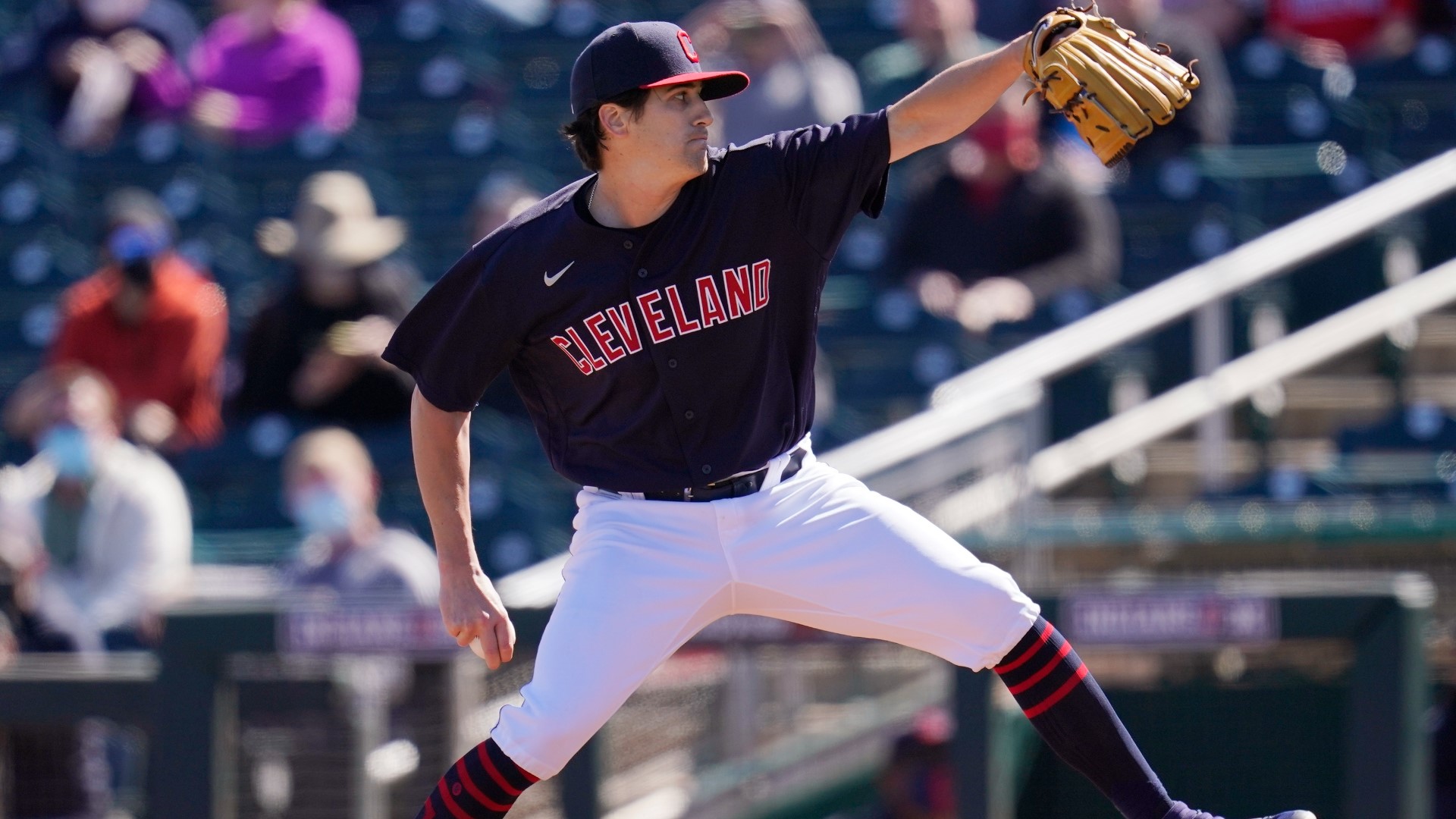 CLEVELAND — Editor's Note: The above video is from our 'Beyond the Dugout' series

Adam Eaton hit a two-run homer and José Abreu had a sacrifice fly in the eighth inning to give the Chicago White Sox an 8-6 win over the Cleveland Indians in the first game of a doubleheader Monday.

Eaton, who returned to the lineup after missing several games with a tight hamstring, followed Abreu's fly with his fifth homer, a shot to right-center off James Karinchak (2-2).

The AL Central-leading White Sox won their fourth straight and improved to 7-1 in their last eight.

The Indians played their second consecutive seven-inning doubleheader after splitting two with Toronto on Sunday.

McKenzie set a club record for consecutive strikeouts and César Hernández homered twice but also had two errors for the Indians.

After giving up four runs in the second, McKenzie was almost unhittable.

The right-hander, recently sent down to the minors to work on his control, struck out Abreu to end the third and then fanned the side in the fourth and fifth to tie the team's previous consecutive strikeout record held by Corey Kluber (2014).

McKenzie broke it by striking out Jake Lamb to open the sixth before giving up a single to Yoán Moncada and being pulled.

The 23-year-old was given a roaring ovation as he walked to the Indians' dugout after his strong outing.

Bryan Shaw's two wild pitches and Hernández's second error helped the White Sox take a 5-4 lead in the sixth. But the Indians tied it when Bradley Zimmer beat out a two-out infield single and Josh Naylor scored.