We go 'Beyond the Dugout' for an in-depth conversation with Mike Freeman of the Cleveland Indians. 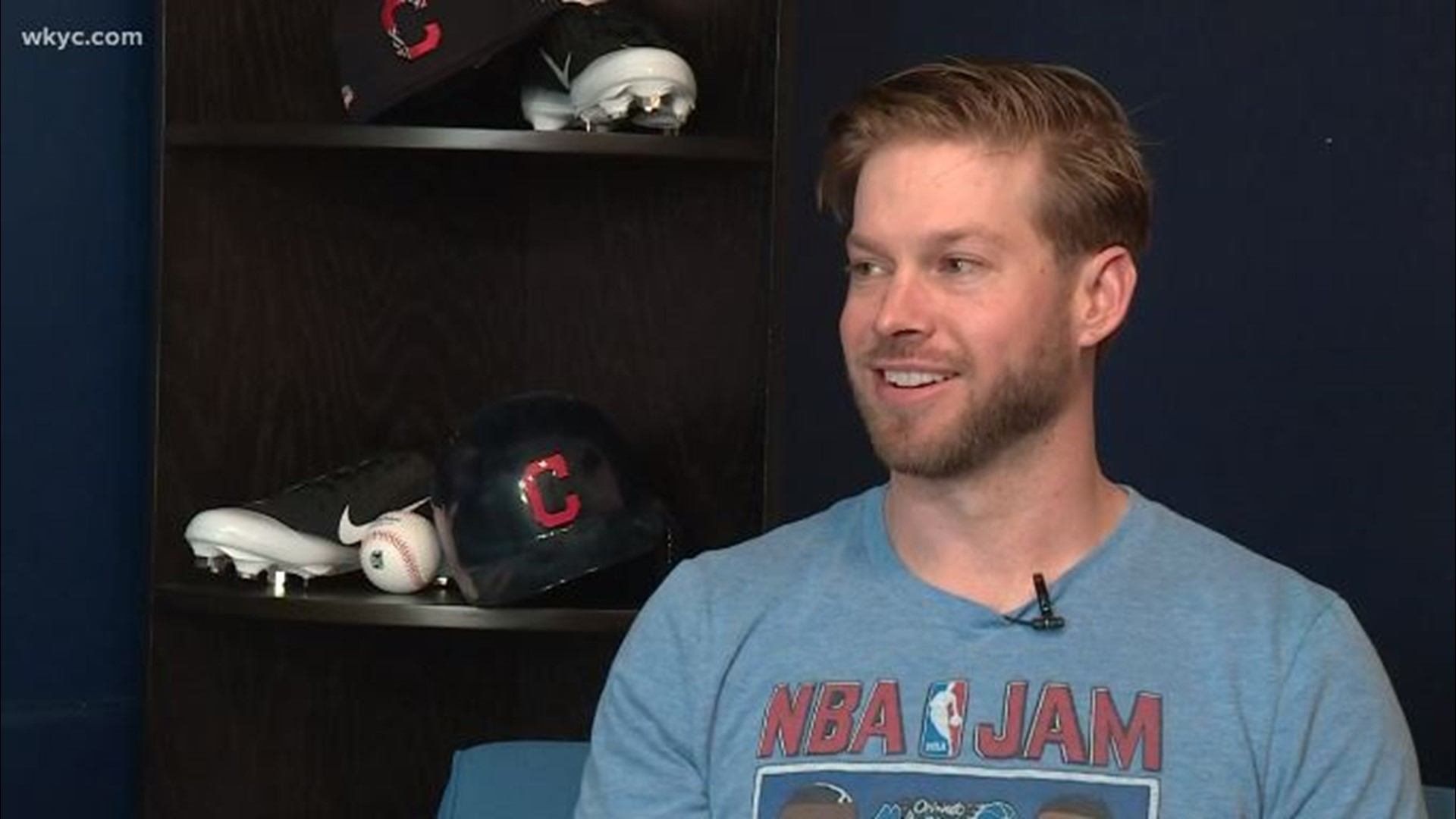 CLEVELAND — Get to know more about Mike Freeman as we go "Beyond the Dugout" with the Cleveland Indians infielder.

3News' Dave Chudowsky: Mike, first of all thanks for being here. Second of all, I have to start with your shirt -- a little NBA Jam.

Mike Freeman: Yeah, a little bit of a throwback. Being from Orlando, born and raised, the little Shaq, Shaq, Shaq penny throwback there. I had two older brothers. We were big into the NBA Jam game, and actually a company in Cleveland, Homage Clothing Company, they came up the line of NBA Jam shirts, which are awesome. They got from all the NBA teams, and anyone that played those games is pretty familiar with the combinations that you found in those games. Pretty cool.

Chudowsky: Speaking of combination family, you have a daughter, right? Favorite thing to do with your family?

Freeman: My daughter's about 17 months old, so she's in the peak of exploring and running around and keeping us busy. So I think our favorite thing to do, we went to the park here at the playground just watching her light up. She starts recognizing swings or look in the sky at airplanes and stuff like that. You see their mind working, and how they just recognize things that get so excited, so it's been a lot of fun at this age to see how quickly they pick up on things.

Chudowsky: Favorite cartoon to watch with her?

Freeman: We watch a lot of Little Baby Bums. It's kind of like some sing-along with some cartoon characters.

Chudowsky: OK, yeah, I'm not familiar with that one.

Freeman: Yeah, we haven't quite gotten into the Paw Patrol.

Freeman: I got some nephews and nieces so I’m pretty, familiar with Paw Patrol.

Chudowsky: Paw Patrol, Paw Patrol…we’ll be there on the double (singing).

Chudowsky: Oh man! I have so many memories of that one.

Freeman: Can’t get away from that one.

Chudowsky: How about this… If you could be a cartoon character what would it be?

Freeman: Um… Maybe Bugs Bunny. I just thought of Space Jam. He was such a baller in that movie, and he's just kind of the overall leader of the clan.

Chudowsky: Did you have a childhood nickname?

Freeman: My dad called me Spanky, um… he has these weird nicknames that he comes up with.

Freeman: I don't really even know if I've ever asked him? I think it's just, he just kind of has these things that he starts calling you. You don’t ask questions, and the next thing you know it’s what he calls you. Then as I got older I turned into “Waldo” from buddies.

Chudowsky: You're off the hot seat.