Did you know Cleveland Indians pitcher Zach Plesac has a twin brother? 'Beyond the Dugout' interview with 3News' Dave Chudowsky

We sat down with Cleveland Indians pitcher Zach Plesac for 'Beyond the Dugout' in which he shares his go-to person to call. 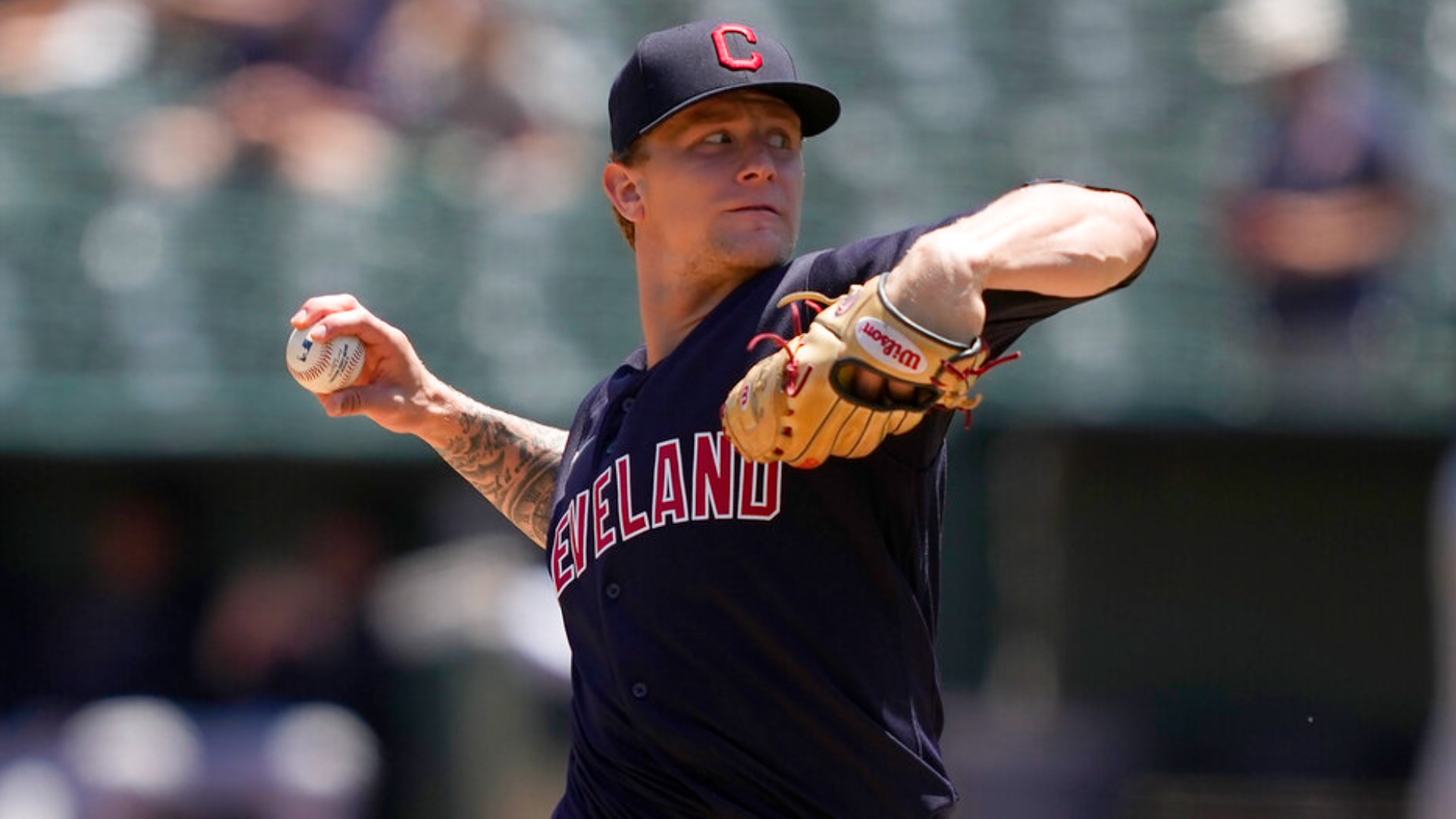 This week we have another veteran of the segment as Tribe pitcher Zach Plesac sat down with Chudowsky. The 26-year-old is in his third season with the Indians after being drafted by the Tribe in the 12th round of the 2016 MLB draft. Plesac impressed the organization with a solid rookie campaign in 2019 with a record of 8-6, 3.81 ERA and 88 strikeouts in 21 starts. He followed that up with these numbers in a shortened 2020 season: 4-2, 2.28 ERA with 57 strikeouts in 8 starts.

2021 has not been ideal for Plesac as he recently rejoined the Indians rotation after missing 45 days with a broken thumb. After his start on May 23, he injured his right thumb after taking off his undershirt following a poor performance against the Twins. But he's back again! The right-hander made his 12th start of the season Sunday in Oakland.

After putting Plesac on the hot seat for the second year in a row Chudowsky found out they both have something in common: A love for eggs -- especially dipping toast in his eggs.

“I used to be a scrambled eggs eater, as I’ve gotten older, I’ve switched over to the over-medium,” Plesac said.

Chudowsky also asked him what his favorite thing about Cleveland is?

“I think just the people here in Cleveland have a lot of loving characteristics," Plesac said.

Plesac was born in Crown Point, Indiana, and has a twin brother. You will have to watch the attached video to learn more about his relationship with his brother.