Cleveland Indians broadcaster Rick Manning talks about the special autographed baseball he kept from his career: 'Beyond the Dugout'

We go 'Beyond the Dugout' for an in-depth conversation with Cleveland Indians broadcaster Rick Manning. 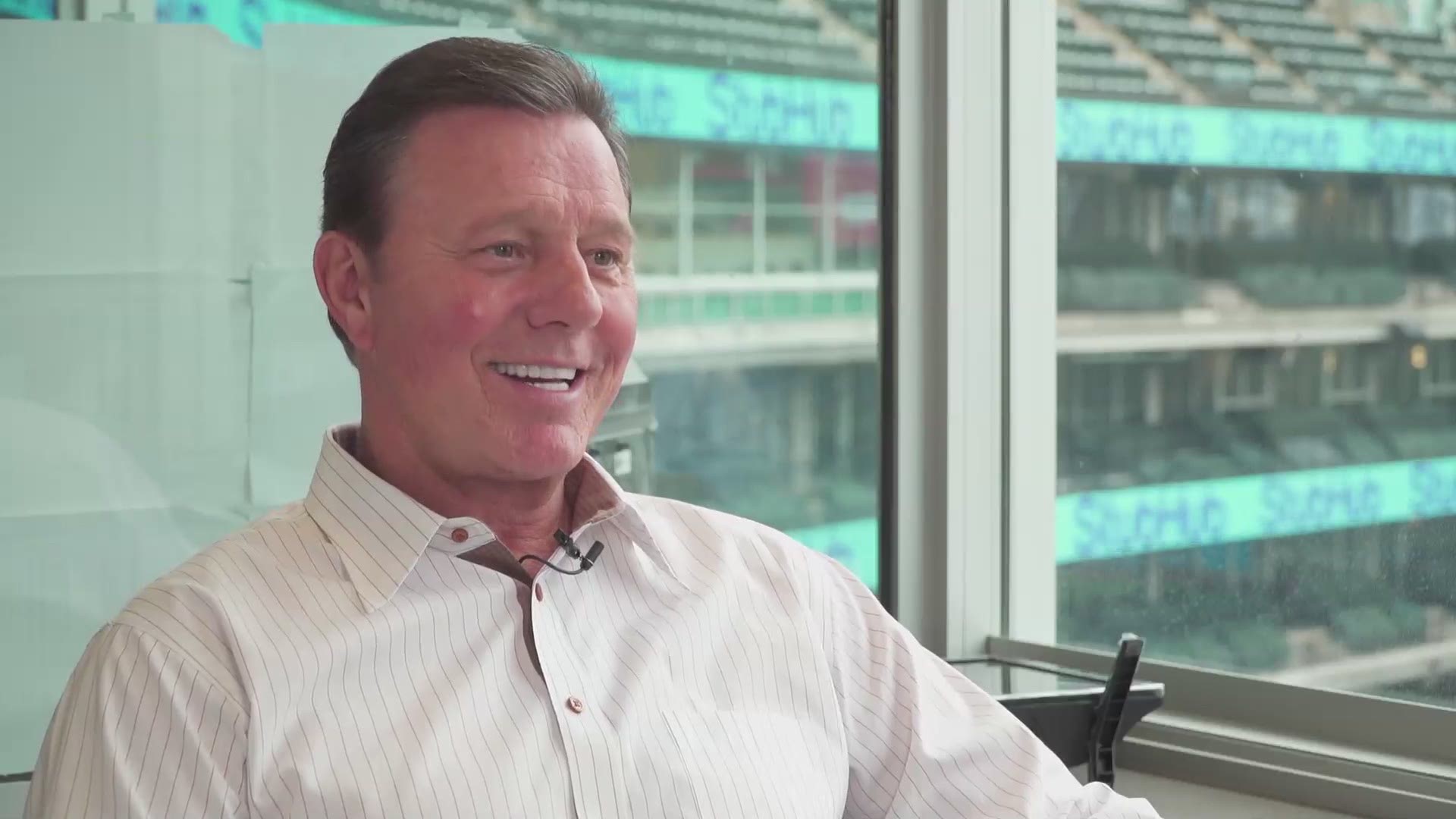 CLEVELAND — Get to know more about Rick Manning as we go "Beyond the Dugout" with the Cleveland Indians color analyst.

WKYC's Dave Chudowsky: What do you enjoy more… Broadcasting or being a player in Major League Baseball?

Rick Manning: That's a really good question. I love playing baseball. I think that would be number one, but physically -- and you can only do it for so long fit you know -- you know when you get to your 30s it gets old, but to do that is as a blessing. … I never had the goal of broadcasting, so I might be more proud of doing that for 30 years because it's something I've had to work for and I never did that before, but playing was a blast you can't trade in. This is the next best job to a player.

Manning: Lenny Barker's perfect game… I mean it's got to be. There at that point in time it was the 10th perfect game in baseball history, and I happen to catch the last out. I've been riding on Lenny's coattails for you know, how long is it, 40 years. You know I knew when that before that ball went up, I swear to God I said if it goes up in the air, I'm gonna catch it. I wanted it and it ended up coming my way and I said perfect. I still have the baseball.

Chudowsky: You have the ball?

Manning: And Lenny signed it

Chudowsky: Nice, he didn’t want it?

RELATED: Cleveland Indians shortstop Francisco Lindor reveals why he loves 'Duck Dynasty' and what song he always sings in the shower: 'Beyond the Dugout'

Chudowsky: Favorite memory as a broadcaster?

Manning: Oh my God, there's so many of them! In 1995 when they clinched against Baltimore here in September.

Manning: Just played Pepper Pike for the first time last week. … I mean I can go on and on, but I'm gonna go Pepper Pike or StoneWater because I live on that.

Chudowsky: Would you rather fish or ski?

RELATED: Would Cleveland Indians manager Terry Francona rather win an Oscar or a Grammy? Some 'burning' questions in 'Beyond the Dugout'

Chudowsky: All right, that’s a good answer to end on?

Chudowsky: It was long hot seat, but the hot seat is now cool.

Manning: Well where’s my beer, you ask me what I wanted?

Chudowsky: Now I have to get you one!

Manning: Yes, we do. We've got to have one together.

Chudowsky: Let’s have a beer!

Manning: You got it!

RELATED: Beyond the Dugout: Mike Clevinger talks 80s music, wine and why the party at Napoli's lives on