Cleveland Indians pitcher Carlos Carrasco got plenty of support during the Stand Up To Cancer ceremony at the MLB All-Star Game, including from his daughter, Camila. 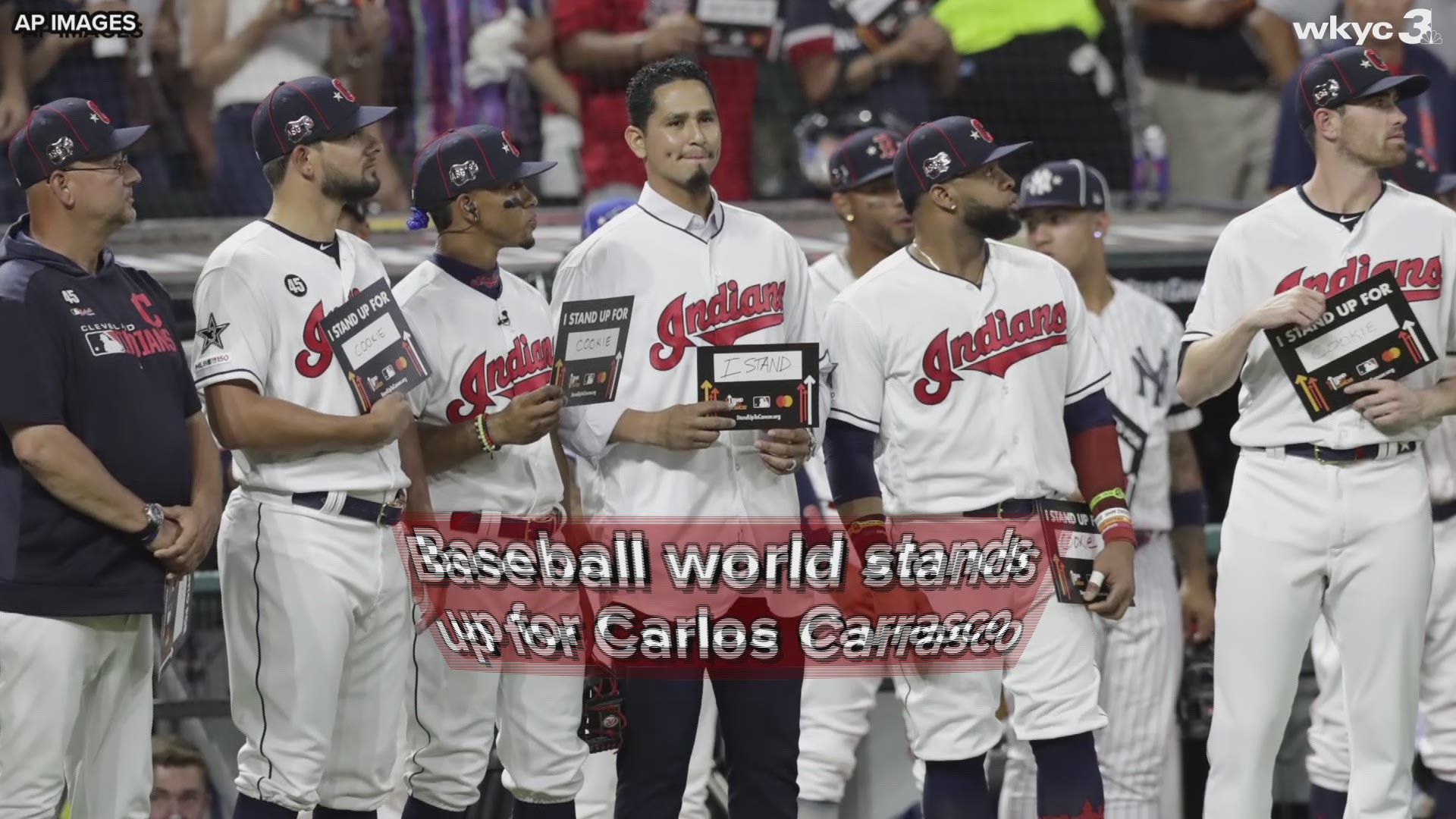 CLEVELAND — Cleveland Indians starting pitcher Carlos Carrasco received support from his teammates, other All-Star players and fans when he appeared on the videoboard during the “Stand Up To Cancer” ceremony during the 2019 MLB All-Star Game at Progressive Field in Cleveland Tuesday night.

Among those standing in support of Carrasco was his daughter, Camila, who held up a sign that read “For my Dad” with a heart and messages of “Cookie Strong” and “I Love You.”

Carrasco posted a photo of his daughter holding up the sign to his Instagram page Wednesday with a heartfelt caption.

“Thank you, Camila Carrasco, for the support,” Carrasco wrote before tagging Cleveland and a mention for the Karry Carrasco Foundation, which seeks to “generate and provide comprehensive responses to the needs in society.”

Always an emotional moment during the MLB All-Star Game and World Series, the “Stand Up To Cancer” ceremony had added significance to the Indians this year, as Carrasco returned to the field for the first time since his leukemia diagnosis became public earlier this season.

Carrasco took the field with a sign that read, “I Stand” and was flanked by his four American League teammates, shortstop Francisco Lindor, closer Brad Hand, pitcher Shane Bieber and first baseman Carlos Santana, all of whom held up signs of support barring Carrasco’s nickname “Cookie.”

Also standing by Carrasco’s side was Indians manager Terry Francona.

Carrasco shared hugs with and got personal messages of support from his teammates and Francona.

Many in attendance at the All-Star Game had tears in their eyes after Carrasco was shown on the videoboard, and he was moved by the standing ovation given to him by the fans.

Prior to the All-Star Game, the Indians announced that Carrasco has been given the go-ahead to resume strength and conditioning activities on his road back to baseball while fighting chronic myeloid leukemia.