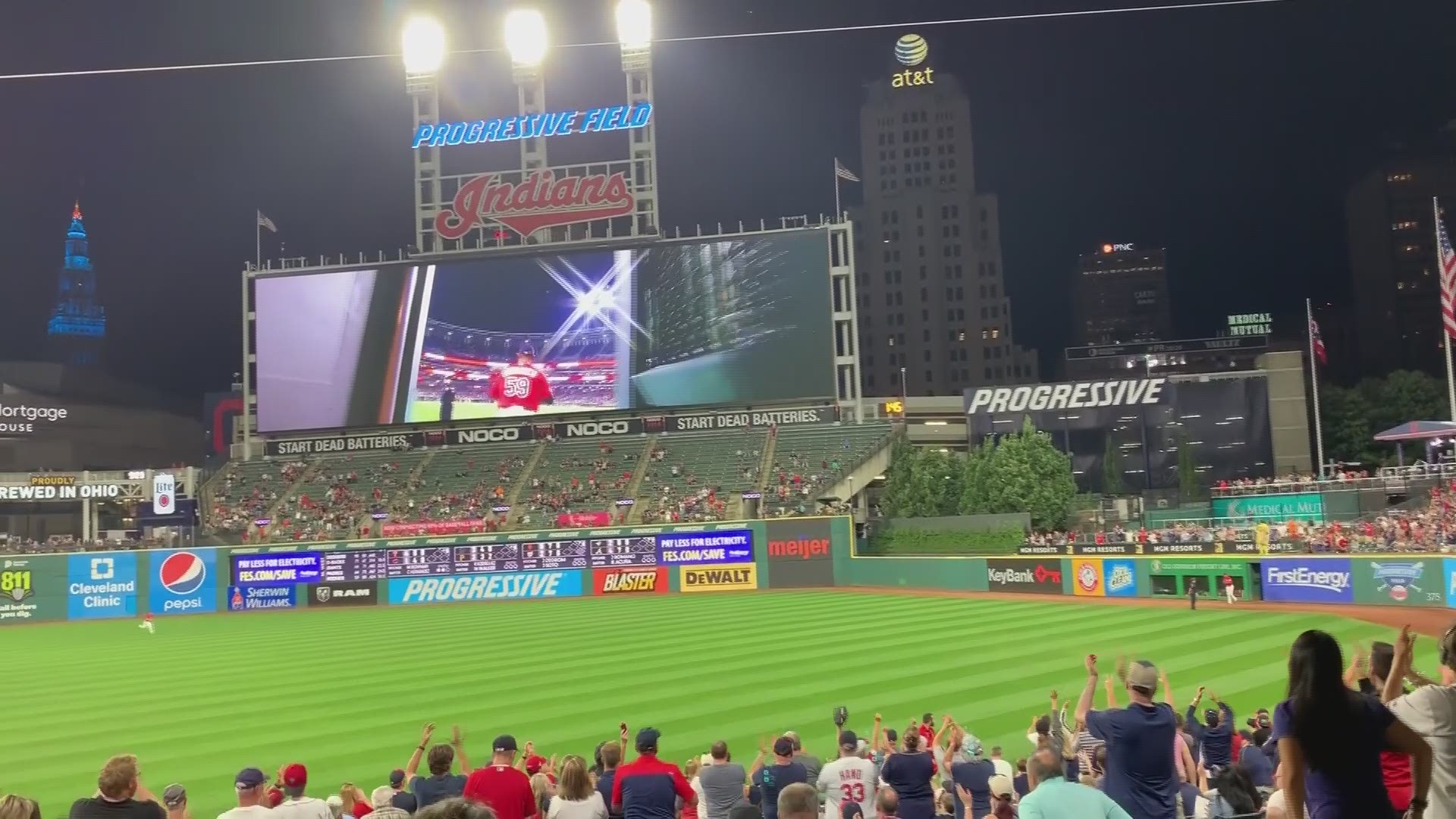 CLEVELAND (AP) — Carlos Carrasco received a standing ovation in his first appearance at Progressive Field since being diagnosed with leukemia, but gave up home runs to James McCann and Eloy Jiménez in the eighth inning that lifted the Chicago White Sox over the Cleveland Indians 6-5 Tuesday night.

Carrasco entered the game with a 5-2 lead, but gave up a three-run homer to McCann, which was followed by Jiménez's second homer of the game.

Cleveland missed a chance to move into a virtual tie with Tampa Bay for the AL wild-card lead. The White Sox ended a season-high seven-game losing streak.

The crowd of 17,397 came to its feet when Carrasco ran through the bullpen gate and chanted "Cookie" — the right-hander's nickname.

Carrasco (4-7) entered the game after Roberto Pérez's three-homer in the seventh gave Cleveland a 5-2 lead. Carrasco gave up singles to Leury García and Tim Anderson, but struck out José Abreu and Yoán Moncada.

With the fans on their feet again, McCann startled the crowd by homering into the bleachers to tie the game. Jiménez followed with a towering drive to right that cleared the wall despite a leaping attempt by Yasiel Puig.

The inning finally ended when Carrasco fielded Daniel Palka's high chopper and ran to first for the out. He was given another ovation when he left the field.

Indians manager Terry Francona said he wanted to use Carrasco in low-pressure situations as he returned, but Cleveland needed five relievers in Monday night's 11-3 win.

Carrasco, diagnosed with a treatable form of leukemia in June,  pitched an inning in Tampa Bay on Sunday. Carrasco said on Monday that his whole body was shaking when he on the field, but he knew his first appearance at home would be even more emotional.

Jiménez had an RBI double in the second and a solo homer in the seventh off Mike Clevinger. The rookie left fielder recorded his fourth career two-homer game.

Evan Marshall (4-2) got the win despite allowing Pérez's home run. Alex Colomé survived Franmil Reyes' flyout to deep right in the ninth for his 26th save.

White Sox: LHP Manny Bañuelos sustained a bruised foot when he was struck by a groundball in the eighth inning Monday.

Indians: RHP Danny Salazar (sore shoulder and groin) returned to his home in Tampa. Francona said Salazar experienced some physical issues while on a minor league rehab assignment and asked for some time away. Salazar made one appearance for Cleveland last month before going back on the injured list.