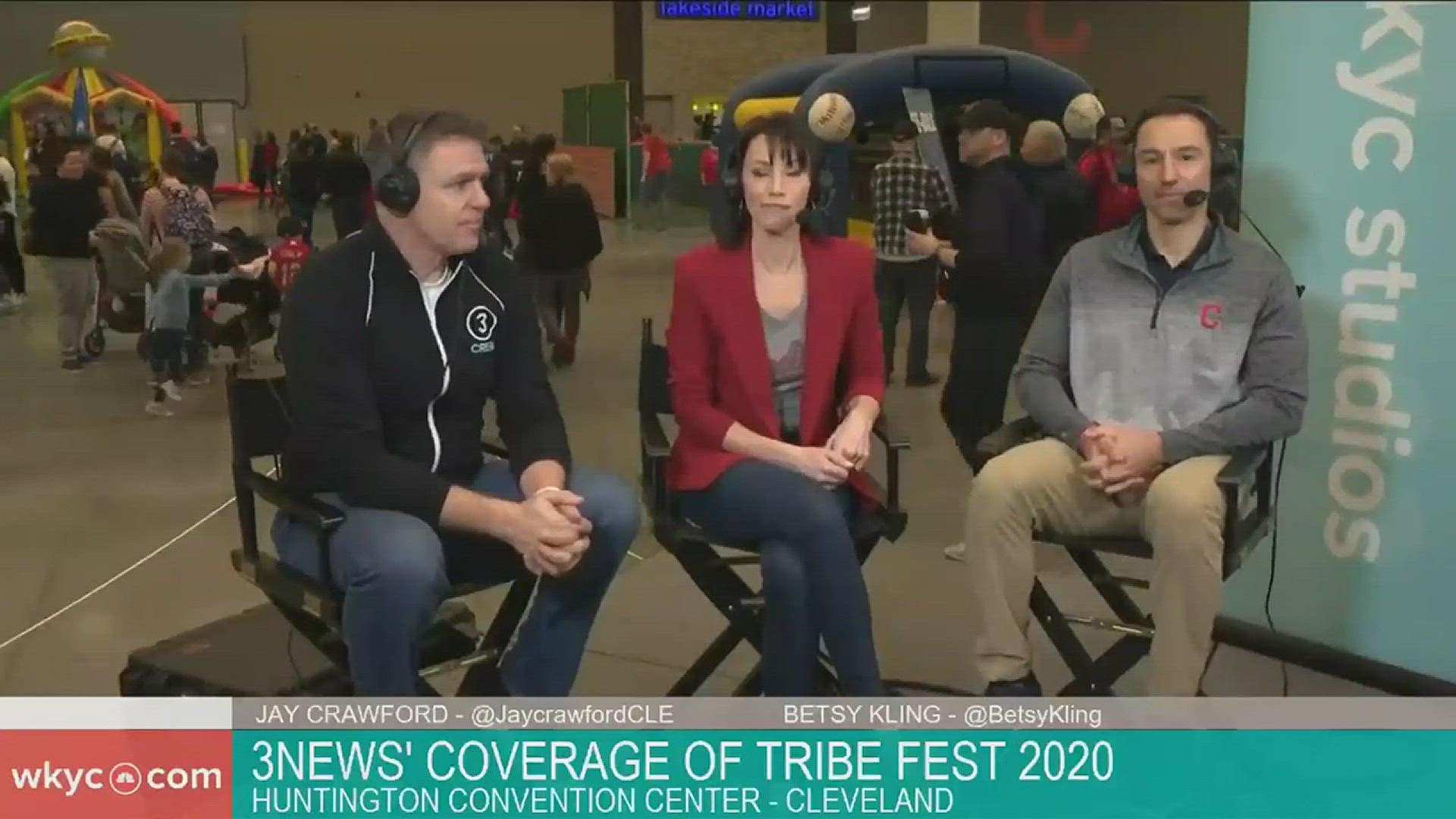 CLEVELAND — For the first time since 2016, the Cleveland Indians are entering a new season as something other than the defending American League Central Division champions.

What's more is that the team that dethroned the Indians last season isn't the only one in the division to have improved this offseason.

If the betting odds are to be believed, Cleveland enters 2020 in what will likely be a three-team race to win the A.L. Central. At +150 odds, the defending champion Minnesota Twins are the betting favorite, while the Indians (+240) and Chicago White Sox (+300) trail behind.

After winning the division with a 101-61 record in 2019, Minnesota bolstered its lineup by signing former MVP Josh Donaldson this offseason. The White Sox, meanwhile, have been one of baseball's most active teams, signing catcher Yasmani Grandal, pitcher Dallas Keuchel and designated hitter Edwin Encarnacion.

As for Cleveland, replacing Jason Kipnis with Cesar Hernandez at second base should be an upgrade. But the Indians also traded 2-time Cy Young Award winner Corey Kluber and don't currently appear to be in the running to re-sign Yasiel Puig.

Speaking to 3News' Jay Crawford and Betsy Kling at the team's annual TribeFest, Indians president Chris Antonetti discussed his team's standing in its division. And while he acknowledged the improved nature of the A.L. Central, he insisted that the Indians are up to the task.

"Those teams are really good teams," Antonetti said. "The Twins won 101 games last year, they're bringing back a lot of those guys and made some significant additions this offseason, so we expect them to be good. And the White Sox had a really good group of young players and have now added a lot of talent on top of that. So we expect it to be a really competitive division, but we feel like we're ready for that competition and are up for the challenge."

While 2019 marked the first time in four years Cleveland missed the playoffs, Cleveland still amassed a 93-69 record despite suffering a slew of injuries to key players. And although Antonetti acknowledged the significance of Kluber's departure, he also said such trade wouldn't be possible if not for the promising state of the Indians' roster -- in particular, its pitching staff.

"That was a difficult decision we had to make with Corey," Antonetti said. "If we didn't feel great about the group of guys that we have, led by Carlos Carrasco, Shane Bieber and Mike Clevinger, we wouldn't have been able to make a trade like that. We feel that group of guys is ready to step in and absorb not only Corey's  contributions on the field, but his incredible leadership off the field."

Pointing to the addition of speedy outfielder Delino DeShields Jr. -- who was acquired in the Kluber trade -- Antonetti also said that the Indians are uniquely equipped to take advantage of baseball's new roster rules, which allow teams to carry an extra position player. And when asked which player he's most excited to watch in 2020, Antonetti gave the nod to the other player the Tribe acquired from the Texas Rangers for Kluber: 21-year-old relief pitcher Emmanuel Clase.

"He just happens to have one of the most unique pitches in baseball. He throws 100 miles per hour and it's not straight," Antonetti said. "We're excited to see how that plays out and we think he's got a chance to really help us in the back end of the bullpen."

RELATED: Jason Kipnis thanks Indians fans in emotional farewell: 'I’m sorry I couldn’t finish the job for you'