The Tribe has won three of its last four, with Hedges hitting what proved to be the game-winning homer on Monday night. 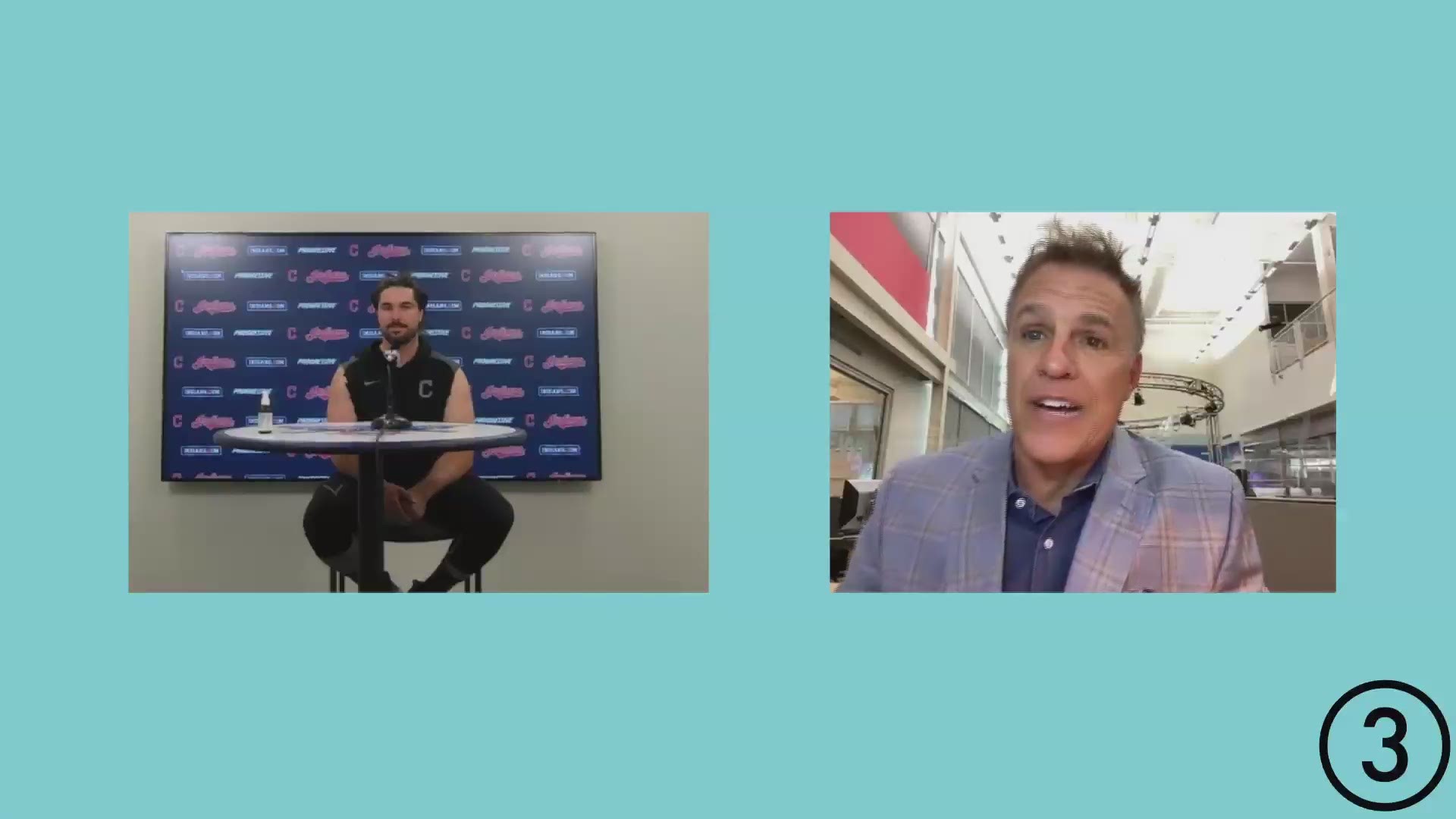 CLEVELAND — Wednesday was supposed to be a day of celebration at Progressive Field, the day the Indians finally welcomed fans back without (most) restrictions. Sadly, Mother Nature had other ideas.

But when the Tribe returns to Cleveland on June 11 (a date the team has dubbed "Opening Day 2.0"), the players will be revved and ready, including catcher Austin Hedges.

"Now the fun starts," Hedges told 3News' Jay Crawford Tuesday. Now you get to come out and watch an exciting ballclub win games in person, and we couldn't be more excited to have everybody out there."

The COVID-19 pandemic has put a damper on the stadium atmosphere in the preceding months: No fans were allowed at all in 2020, and so far this year the Indians have been limited to only about 14,000 maximum spectators. Now, with the bulk of Ohio's health orders having been lifted, the party is about to be rocking again at the corner of Carnegie and Ontario.

Hedges is in his first full season with Cleveland after being acquired from San Diego prior to last year's trade deadline. His only experience with a sold-out Progressive Field crowd came as a visitor with the Padres on July 4, 2017, and he's salivating at the chance to flip the script this time.

"I remember it being so loud and crazy," he remembered. "I'm really looking forward to being a part of the home side and soaking in all the cheering that we're going to have."

Though battered by injuries and inconsistencies with the lineup and starting rotation, the Indians enter the one-third mark of the 2021 campaign at 30-24, 2 1/2 games behind the Chicago White Sox for first place in the AL Central. Hedges himself has been thrown into the fire, thrust into the starting catcher role after two-time Gold Glove winner Roberto Pérez went down with a broken finger.

"Every single guy that's been called on to do something has risen to the occasion," Hedges said of the club's continued success. "We all go out there for the same reason, and we all want to see each other succeed."

Hedges is more than capable of filling Pérez's shoes defensively, but has struggled with the bat, hitting just .146 in 28 games. He's had his clutch moments, though, including a two-run home run that put the Indians on top for good in Monday's 6-5 win over the White Sox.

Through the uncertainties of the pandemic, Hedges admits he's felt fear at times over the past year-plus. However, he tries to remind himself that it's out of his control.

"The fear of failure, the fear of death, the fear of a loved one getting sick is so real," he said, "but the more I can put it in God's hands ... the more peace and joy I get to experience on a daily basis, and I think it makes it a lot easier to get through."