The All-Star & his wife Morgan have been lauded for their charity work in the community. 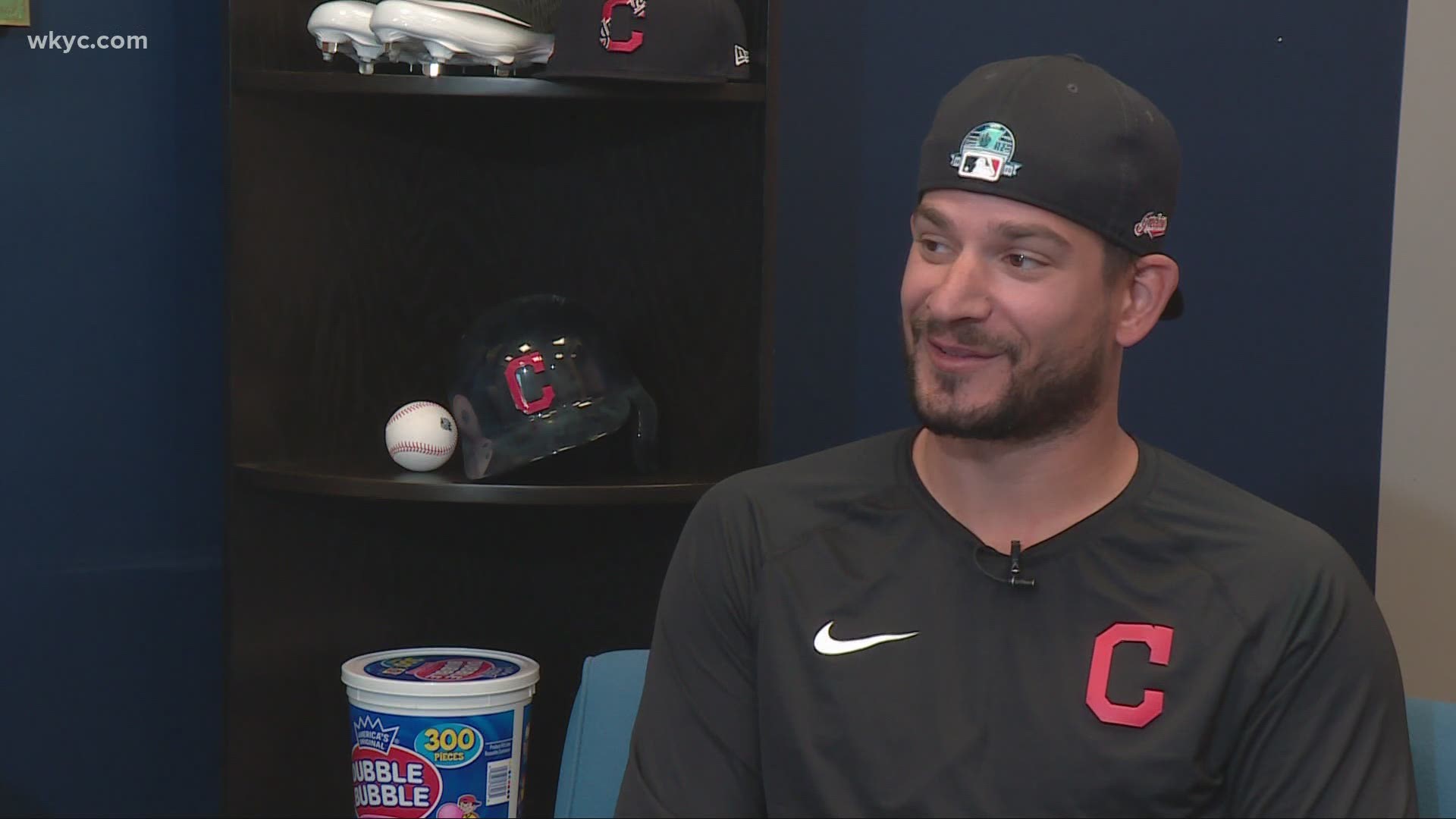 CLEVELAND — Each Major League Baseball team has named a nominee for the sport's most prestigious humanitarian award, and the Indians certainly have a worthy candidate.

The Tribe announced Thursday that closer Brad Hand will be its nominee for the 2020 Roberto Clemente Award. The honor is given annually to an MLB player "who best represents the game of Baseball through extraordinary character, community involvement, philanthropy and positive contributions, both on and off the field."

The 30-year-old Hand issued the following statement after his selection was announced:

"It’s a great award, and I’m honored to be our nominee this year for the Cleveland Indians. The award itself means you’re being a good teammate, a good person, trying to give back in the community in whatever way you can be. Obviously, with two young kids, I just want to show them how to be giving and it’s something we want to instill in them to help out in the community."

Hand has certainly done his part to help the Indians on the field since being acquired before the 2018 trade deadline, notching 52 saves (including a league-leading 10 this season) while making his third straight All-Star team last year. Off the field, however, he and his wife Morgan have earned praise for their "Helping Hands" program helping both kids from the Northeast Ohio Boys & Girls Clubs as well as patients at Ohio Guidestone's Alcohol and Drug Rehabilitation program.

Brad Hand is our 2020 nominee for the Roberto Clemente Award.

Brad's desire to contribute in the community and his generosity towards others are extremely evident and he is more than deserving of this honor.

Give a hand to Brad by voting for him! 👏https://t.co/9glgX5SQTF pic.twitter.com/6ZxYJptBrO

Just this year, for instance, Hand hosted a drive-in Tribe watch party for Ohio Guidestone residents and gave away team gear. The foundation also provided $3,000 worth of baseball equipment to local youth teams and donated $1,500 in school supplies to Stepstone Academy.

Should Hand be selected as the winner of the award, he would be the fourth Indian ever to be so honored, with Carlos Carrasco earning recognition in 2019 for his work with pediatric cancer patients in the wake of his own leukemia diagnosis. Previous winners include All-Star Andre Thornton in 1979 and Hall of Famer Jim Thome in 2002.

"Carlos Carrasco’s work and Roberto Clemente Award in 2020 inspired our entire organization to do even more in our community in 2020. Brad and his family have picked up right where the Carrasco’s left off, uniting our Northeast Ohio community through generous donations and programs giving back to multiple organizations across our city."

Founded in 1971 as the "Commissioner's Award," the trophy received its current name two years later following the death of legendary Pittsburgh Pirates outfielder Roberto Clemente in a plane crash while attempting to get hurricane relief supplies to the people of Nicaragua. The 50th winner of the award will be selected by a panel that includes Commissioner Rob Manfred and Clemente's three children, and fans can cast their votes and view the full list of nominees can be viewed at mlb.com/clemente21.