The current lease is set to expire in two years, but officials say details regarding a possible extension could come in a matter of weeks. 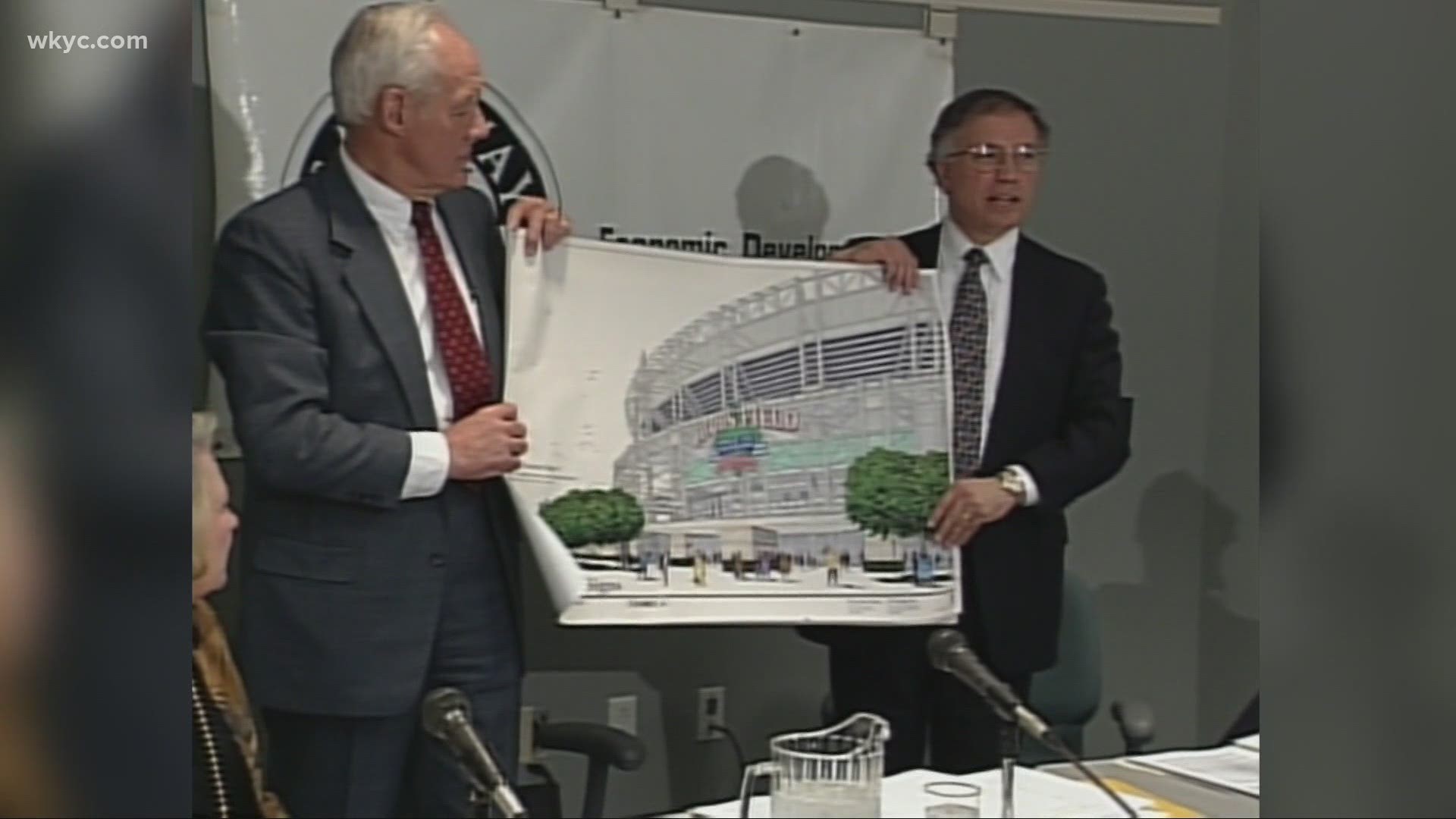 CLEVELAND — For the Cleveland Indians ballclub, the last year has been full of change.

There's been the loss of a franchise player in Francisco Lindor, the addition of several new and younger faces, games without fans, and finally the decision to change the team's name after more than a century.

Through it all, the Tribe is playing solid baseball, holding on to second place in the division. Fans will also be welcomed back to games at full capacity for the first time since 2019.

RELATED: Indians say they have list of nearly 1,200 possible options for new name

But the team is working on another change that will have a far greater impact on baseball in Northeast Ohio, and that involves where it will play its home games after the 2023 season.

At a former parking lot on the corner of Carnegie and Ontario, the ballpark (then known as Jacobs Field) opened in 1994 to great fanfare. It was the start of a 20-year lease deal between then-owner Dick Jacobs and Gateway, the non-profit that owns what it is now known as Progressive Field and manages it on behalf of taxpayers.

The Dolan family, which bought the team in 2000 from the since-deceased Jacobs, later extended the lease. It's now set to expire in two years, at a time when the stadium needs major infrastructure upgrades in addition to a makeover to keep up with newer parks.

The money from Cuyahoga County's taxes on alcohol and cigarettes set aside for stadium and arena improvements is hardly enough to cover the costs. 3News first reported last year Gateway was looking to the state for possible help, though no money was secured.

As of today, a few Gateway officials, the Indians organization, and County Executive Armond Budish are working on a lease extension, 3News has learned. All declined to discuss details, but Gateway Board Chairman Ken Silliman said in a statement that negotiations are "well along" and that details could come in a matter of weeks.

The potential cost of upgrading the ballpark will be in the tens of millions, if not more. Some teams have added development around sports facilities as one way to help pay for new stadiums and renovations, something Silliman has not previously ruled out.

While a lot of attention has been paid to possible new names of the franchise, there is only one option for baseball fans and city leaders here, and that's a name that includes "Cleveland." Keeping the team in the area will likely come down to the lease deal, something we will be following.