The time has come: Cleveland Indians play last game at Progressive Field before changing their name to Guardians

'I’m excited about the future.' 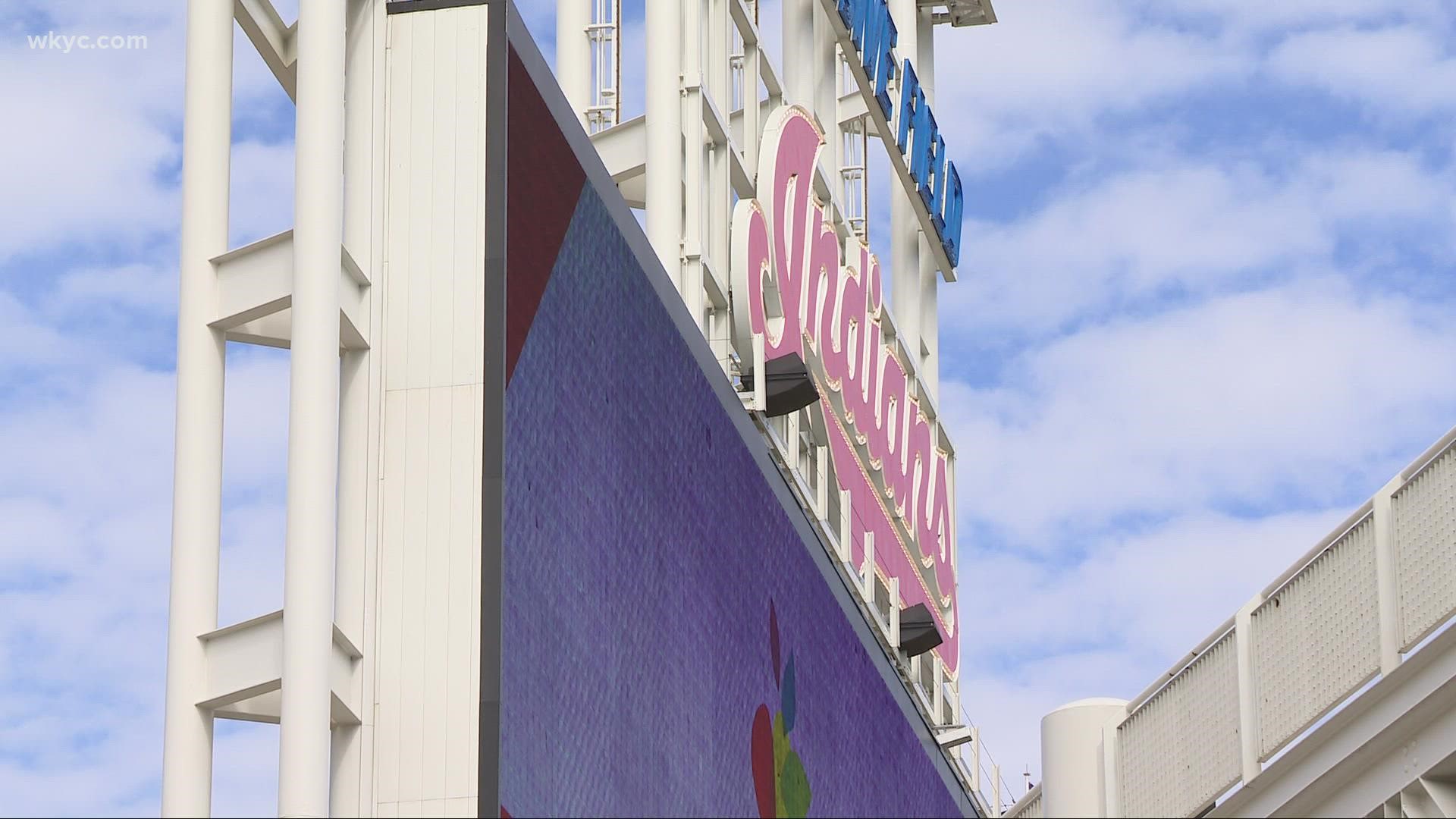 CLEVELAND — Monday’s game at Progressive Field is of special significance because it’s the final time baseball fans will ever see the Cleveland Indians play under that team name at home. 3News' Betsy Kling will have the honor of throwing out the first pitch at the historic game.

That means the Indians logo and signage will soon be removed from the ballpark as the team transitions into a new era as the Cleveland Guardians.

3News ventured out to Progressive Field on Sunday to see how fans were feeling in these final days with the team’s name -- and as you might expect, the reaction was mixed.

But they're not totally done just yet. After Monday's game, the Indians go on the road to close out the 2021 season with their final six matchups split between the Kansas City Royals and Texas Rangers. The last official game they will play as the Indians takes place in Texas on Sunday, Oct. 3.

One thing that we know is staying the same: Slider the mascot will return to join the Cleveland Guardians in 2022.

“We are excited to usher in the next era of the deep history of baseball in Cleveland,” team owner and chairman Paul Dolan said when the new name was officially revealed in July. “Cleveland has and always will be the most important part of our identity. Therefore, we wanted a name that strongly represents the pride, resiliency and loyalty of Clevelanders. ‘Guardians’ reflects those attributes that define us while drawing on the iconic Guardians of Traffic just outside the ballpark on the Hope Memorial Bridge. It brings to life the pride Clevelanders take in our city and the way we fight together for all who choose to be part of the Cleveland baseball family. While ‘Indians’ will always be a part of our history, our new name will help unify our fans and city as we are all Cleveland Guardians.”

Now we want to hear from you! Use the WKYC app to send us pictures of you and your family dressed in your Indians gear one final time. We might share your photos on TV or right here on WKYC.com.