Hundreds of fans lined up this afternoon outside the Indians' player parking lot as Kipnis tossed autograph memorabilia to adoring fans. 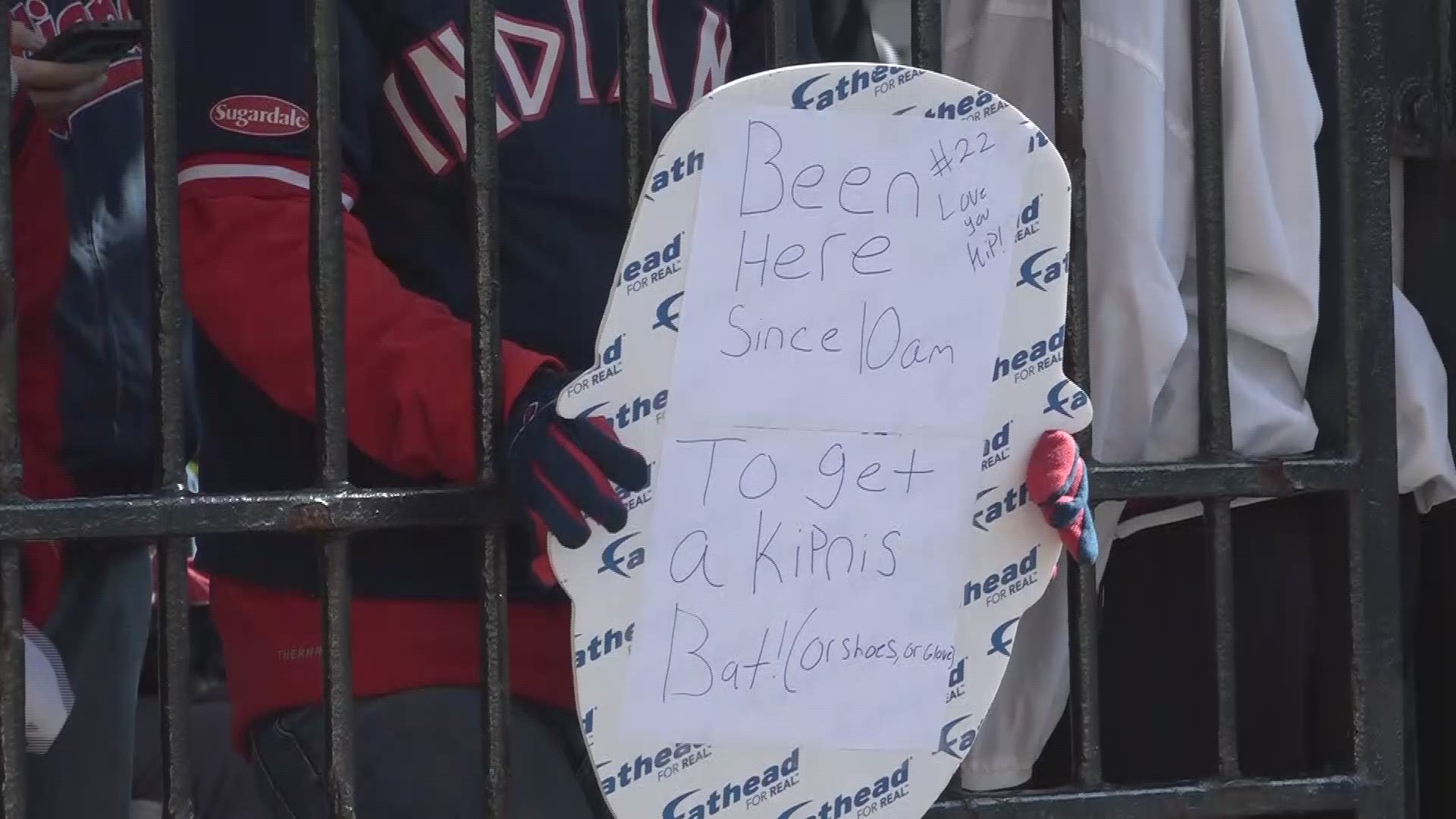 CLEVELAND -- Tuesday marked Cleveland Indians second baseman Jason Kipnis' annual shoe toss, in which he gives away basically everything in his locker that he has accumulated in the year. It's everything from bats, cleats, batting gloves and even bobble heads. And even though this tradition happened much sooner than he wanted, it still didn't deter people from coming out to give him thanks for another great year.

Hundreds of fans lined up Tuesday afternoon outside the Indians' player parking lot as Kipnis tossed autographed memorabilia to adoring fans. Kids skipped school and parents missed work but everyone left with a smile and an autograph from the veteran second baseman.

"This kinda closes the book on the year for me," Kipnis said. "This is a lot of fun. Seeing these familiar faces that have been at the games. That's what I enjoy, is that I recognize a lot of the faces and I know a good chunk of them by their first names. They come out to support us and we appreciate that, we love that. We know a lot of people are hoping for a championship and so is the team. The main goal is to do this from a float, from a parade one year, but until that happens we will keep doing it this way."

This offseason could be an interesting one for Kipnis and the Indians. The 31-year-old only hit .230 for the Tribe and is entering the final year of his 6-year, $52.5 million dollar contract. He's set to earn nearly $15 million this upcoming season with a club option remaining in 2020.