Cleveland Indians legend Sandy Alomar Jr. reveals the one thing he would change about his life: 'Beyond the Dugout'

We go 'Beyond the Dugout' for an in-depth conversation with Sandy Alomar Jr. 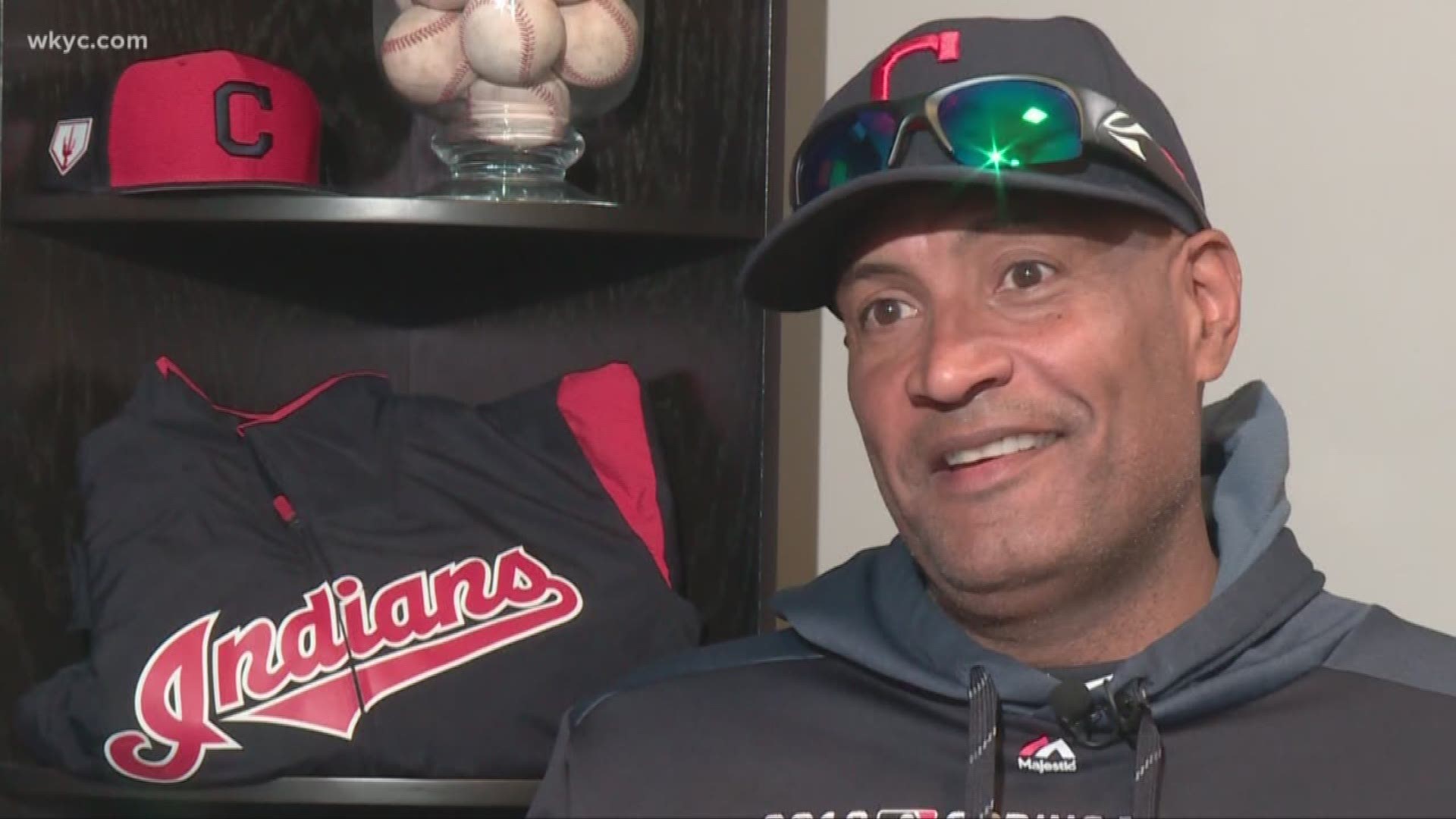 CLEVELAND — Get to know more about Sandy Alomar Jr. as we go "Beyond the Dugout" with the Cleveland Indians icon.

Question: Do you have any regrets in your life? If there’s one you could change, what would it be?

Alomar: You know how they say the grass is greener on the other side? It is because the grass on the other side might be fake. I believe that leaving Cleveland during those years, I never saw the postseason. After I left Cleveland in 2001, I played seven, eight more years with different organizations and didn’t have the chance to go to postseason.

►RELATED: 'Beyond the dugout' with Cleveland Indians pitcher Corey Kluber: What is his favorite Cleveland restaurant?

Question: What is the best and worst part about being a first base coach?

Alomar: Let’s start with the worst part. April and May is cold! You don’t have enough gear on your body and sometimes it’s hard to concentrate. The funnest part is being able to break down pitching, catching and defensive alignment and play a chess game with the opposition. I feel like I’m a player when I’m a first base.

Alomar: That’s probably a good question for my family to tell you. I really sometimes change subjects in a hurry. I tend to talk about something and then I move on. I’m not ADD, but I tend to move about conversations rapidly.

Question: What’s the best quality you have?

Alomar: I care about people.

► RELATED: What would Trevor Bauer do if he could rule the world? The Cleveland Indians pitcher discusses his life outside of baseball in 'Beyond the Dugout'

Question: Do you ever dream about what it would be like to see a parade for the Cleveland Indians?

Alomar: When I saw the Cavaliers parade, I could only imagine how the Indians parade would be. In ’95 when we finished that drought of winning baseball in Cleveland. We had a parade as a losing team in the World Series, and it was unbelievable. I cannot even imagine how it would be if we win the World Series.