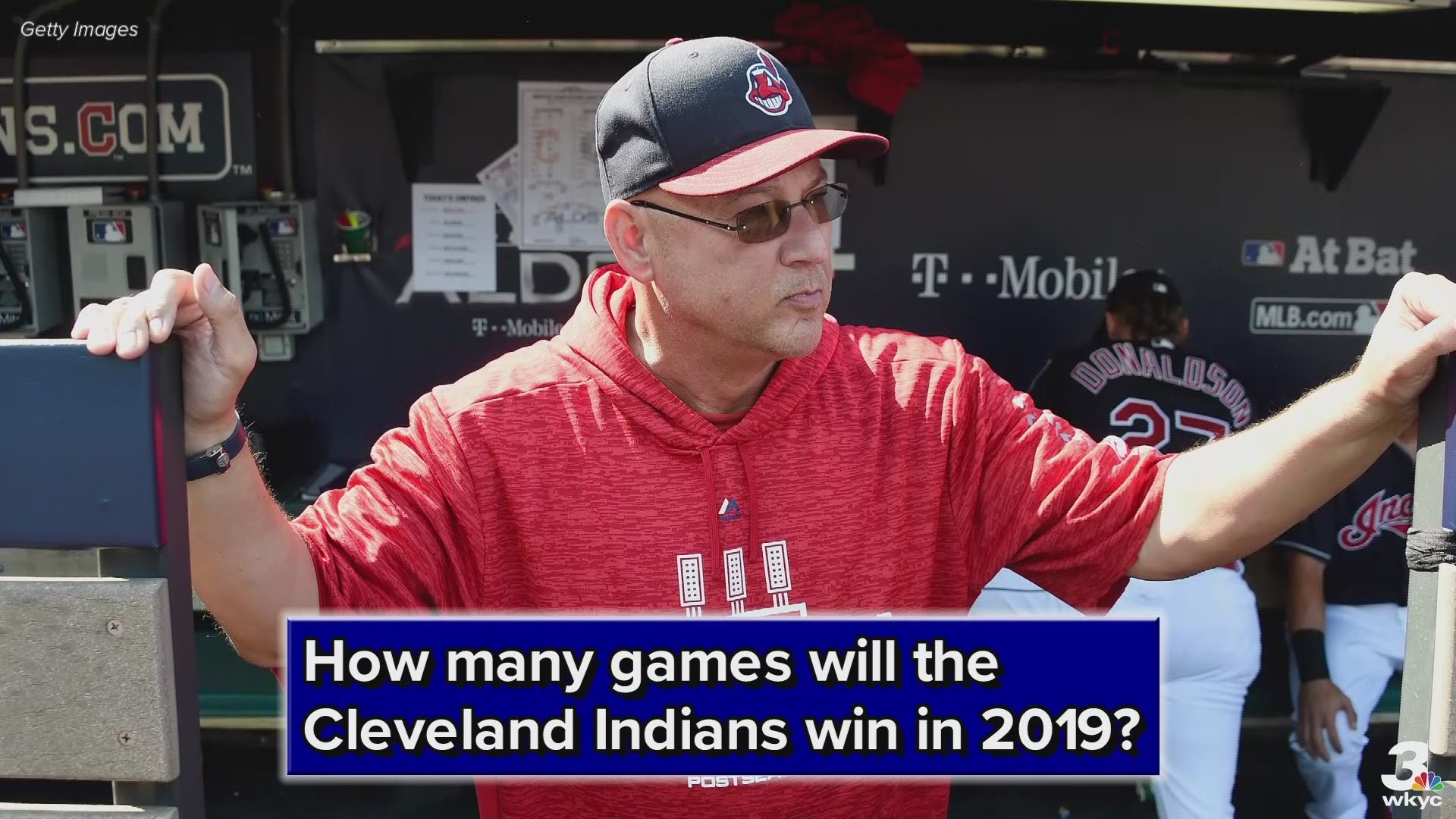 With pitchers and catchers just weeks away from reporting to Spring Training, the countdown has officially begun for the 2019 Major League Baseball season.

And while the offseason is still underway, the Cleveland Indians remain the favorites to reign atop the American League Central.

On Wednesday, the Caesar's Palace sportsbook released its over-under win totals for the 2019 season. Coming off of three straight American League Central Division titles, the expectations remain high for the Tribe, whose over-under win total was set at 91.5 games.

Should the Indians hit the over on their win total, it would mark an improvement from a season ago when they tallied a 91-71 record. A year prior, Cleveland posted an American League-best 102-60 mark -- an eight-game improvement from its 94-67 record in 2016.

Although the Indians are still expected to reign atop the AL Central, they'll be trotting out a new lineup in 2019. In the time since the Houston Astros swept them out of the American League Division Series last October, the Indians have traded catcher Yan Gomes, designated hitter Edwin Encarnacion and third baseman Yandy Diaz and have also lost outfielder Michael Brantley and relief pitcher Andrew Miller in free agency.

Whether or not there's still enough time remaining this offseason for Cleveland to improve remains to be seen. But at the very least, it appears, Las Vegas isn't anticipating any type of a drop-off.