Cookie hosted a ‘PLAY BALL’ event for 400 kids that included activities such as a home run derby, base-running, mini-games stations and more. 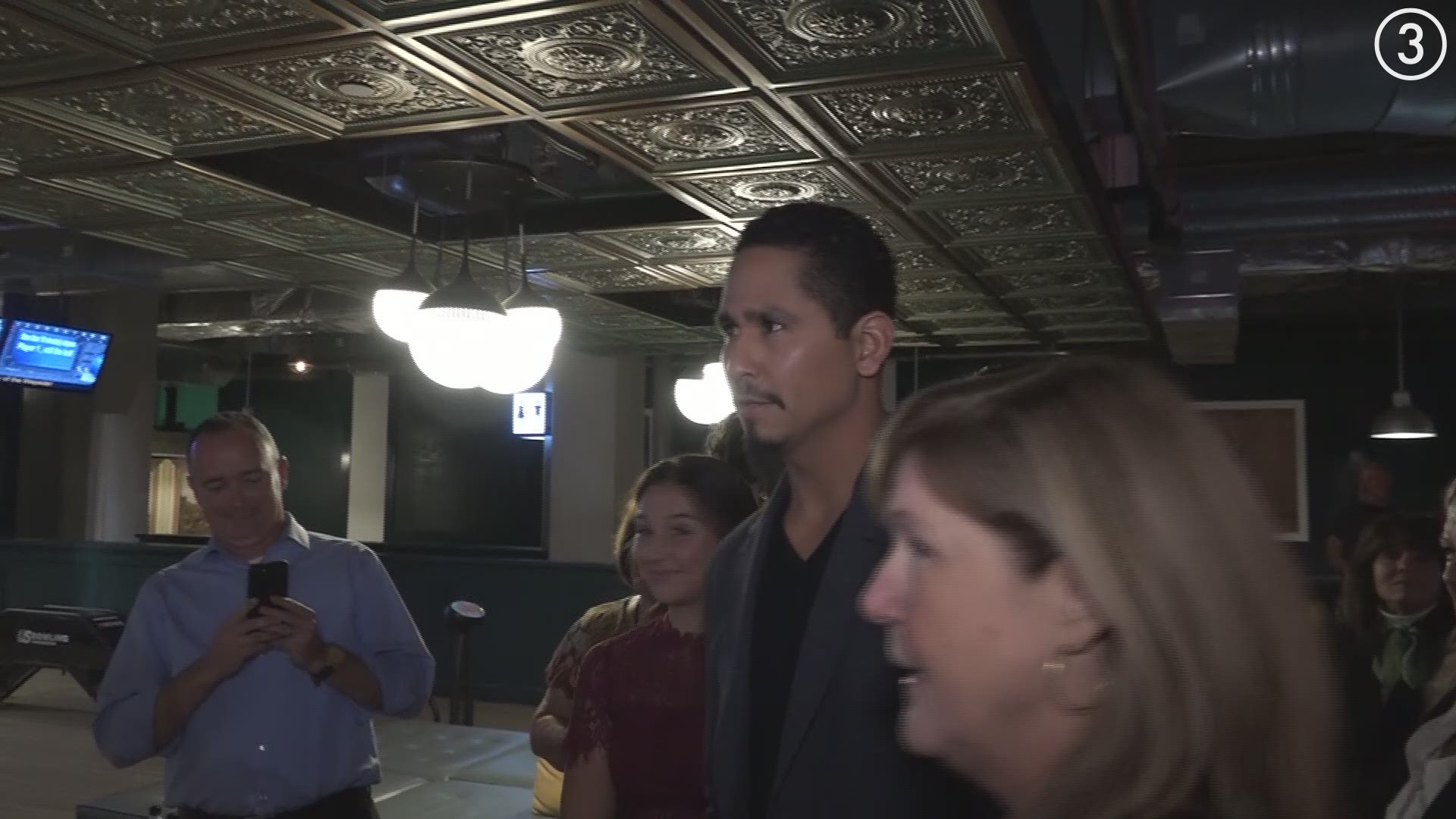 On Friday, the Tribe right-hander was at MacDill Air Force Base in Tampa, Florida, to host a 'PLAY BALL' event for the children who live on the installation. Around 400 kids took part.

Carrasco was part of a similar event during the World Series at Fort Belvoir in Virginia and was inspired to bring the concept to his adopted off-season home in Tampa. He was joined by members of the Tampa Bay Rays RBI program along with former Rays slugger and current MLB Network analyst Carlos Peña.

“These kids are the future right here,” Carrasco told MLB.com. “Who knows if one of these kids is going to make the Major Leagues, so they’ll remember this special day. But I learned something really nice just by doing this event for these military families. They save our country, they do a lot for our country, so why not give back to their families, to their kids?”

“All those kids over there, they were so happy,” Carrasco added. “No matter what; if it was rainy, sunny, cloudy. Just seeing those kids smile, that brings everything. Just trying to do something different to take them away from everything. I’m pretty sure they’re having a good time right now.”

Carrasco fought through a battle with chronic myeloid leukemia in the middle of the 2019 regular season, but worked through minor-league rehabilitation appearances with the Akron RubberDucks and Columbus Clippers before making a triumphant return to the Indians’ bullpen on September 1.

Carrasco's courageous return to the mound was rewarded when he was named the American League's Comeback Player of the Year.

RELATED: Cleveland Indians pitcher Carlos Carrasco honored at Our Lady of the Wayside 'Champions in the Community' awards

Carrasco is the third player in Indians history to win the Roberto Clemente Award, following in the footsteps of Hall of Fame slugger Jim Thome (2002) and Andre “Thunder” Thornton (1979). He followed that up by winning the 'Indians Champion' award at Our Lady of the Wayside's 'Champions in the Community'

Winning the Clemente and Indians Champion awards wasn't just about Carrasco's incredible comeback from leukemia. The pitcher known as 'Cookie' is a tireless supporter of charitable causes in Cleveland, in his native Venezuela, and around the world.

While working through his own battle with leukemia, Carrasco frequently visited patients from Cleveland Clinic Children’s who, like him, were fighting the disease. Also, after making his return to the Indians, Carrasco vowed to “punchout cancer” and donated $200 for every strikeout he had over the last month of the season.