We go 'Beyond the Dugout' for an in-depth conversation with Dan Otero. 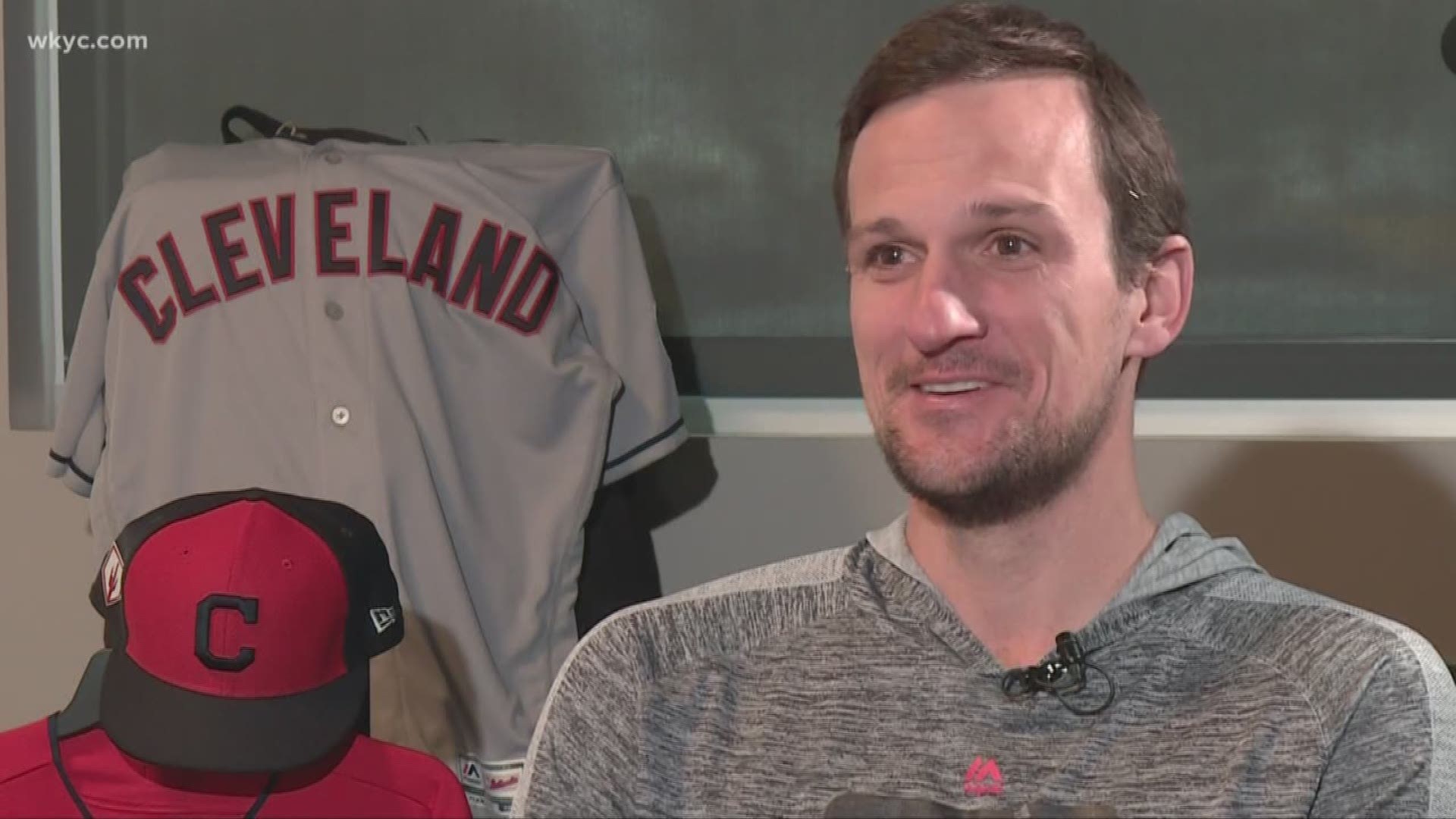 CLEVELAND — Get to know more about Dan Otero as we go "Beyond the Dugout" with the Cleveland Indians pitcher.

Question: You’re on the hot seat. Does it feel hot?

Otero: A little bit. Frankie [Francisco Lindor] was just in here, so I have to follow that. I don’t have blue hair, so this could be a little different.

Question: If you did dye your hair, what color would it be?

Question: What is your favorite show to watch with her?

Otero: We watch a lot of different shows. Sophia the First right now is probably the number one, but our middle daughter loves watching   Nutcracker. So, that’s our go-to right now whether it’s watching it or just playing the music. I’m Drosselmeyer, I’m the dad who brings the nutcracker to the godfather, so we reenact the whole show. It’s pretty funny.

Question: Do you have a favorite cartoon?

Otero: Growing up, Teenage Mutant Ninja Turtles. Getting home from school every day, the end of GI Joe and then got to watch TMNT before we started our homework.

Question: Who was your favorite one?

RELATED: Imagine having to reschedule your wedding because you were traded. That’s exactly what happened to Indians pitcher Adam Cimber: 'Beyond the Dugout'

Otero: My dad. Easy. He was the one that always took me to Little League games, and my parents -- both my parents for that matter -- but I always rely on them for anything. I would say both of them.

Otero: Online! You don’t have to leave your seat. Amazon makes it tough, though, when you have your credit card stored and you don’t feel like your spending money. But you are! So sometimes I wish my credit card got declined.

Question: Have you ever shopped from the bullpen?

Otero: I have not. Seen it done, but I have not done it.

Otero: Yep. That’s where I’m going to end that conversation.

RELATED: What would Cleveland Indians pitcher Mike Clevinger wish for if he met a genie? See his genius response in 'Beyond the Dugout'

RELATED: Cleveland Indians pitcher Brad Hand dreams of being on the PGA Tour one day: Beyond the Dugout