Removal of the 'Script Indians' sign is expected to take several days. 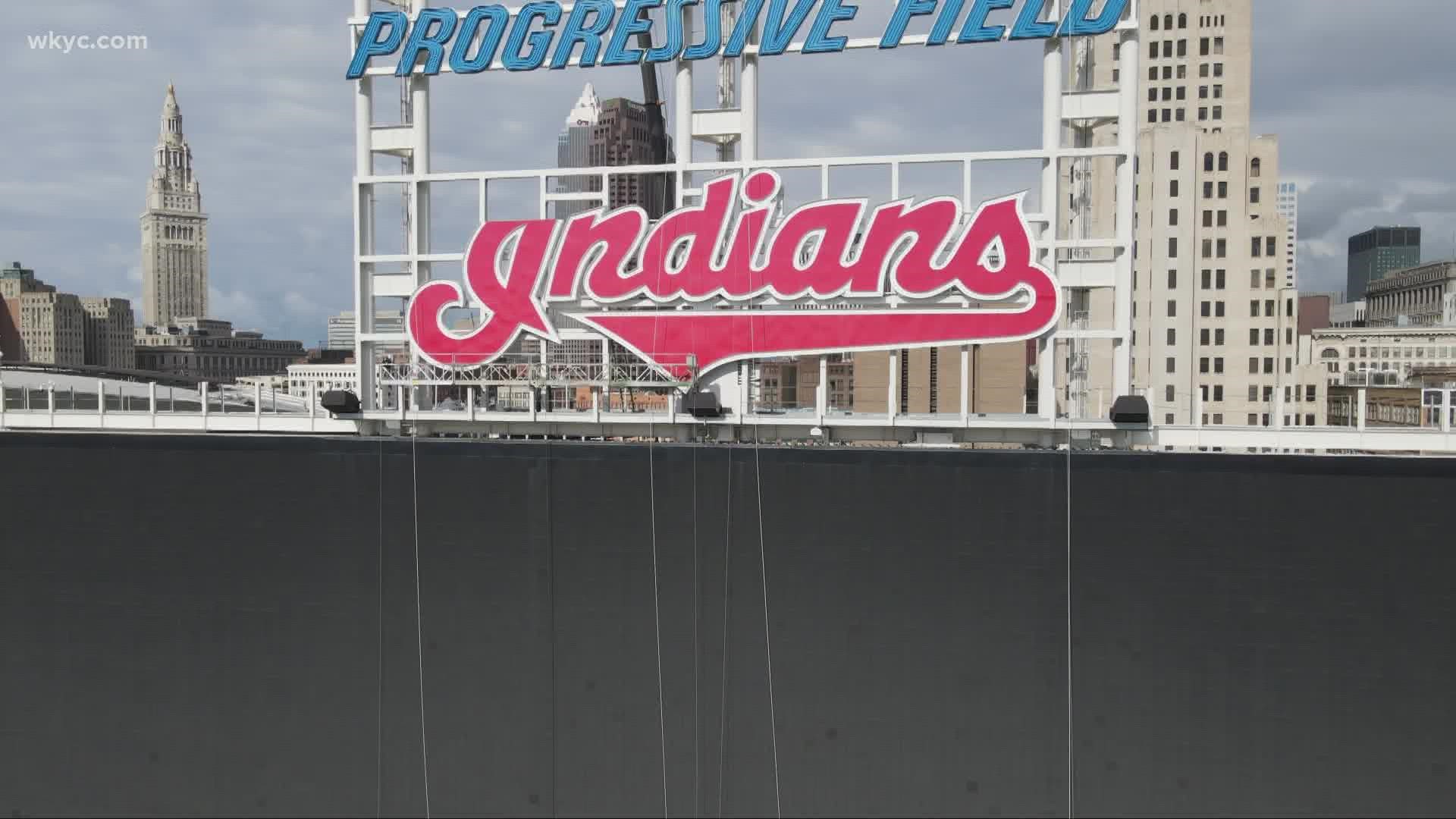 CLEVELAND — As the Cleveland Indians prepare to transition to their new name as the Cleveland Guardians, the Brilliant Electric Sign Company started removing the "Script Indians" sign from the Progressive Field scoreboard on Tuesday morning.

The sign’s removal is expected to be a multi-day process. The Indians tell 3News the first letter to come down will be the script "I."

Outside of Progressive Field, Howard Hoffman watched the process of the Indians sign coming down with his son Ryan.

"It offends people. I guess that's the way we live today, we have to go on,” Howard told 3News.

This moment comes as the Indians are facing a lawsuit from the Cleveland Guardians roller derby team to block the name change. The derby team’s lawsuit filed in the U.S. District Court of Northern Ohio alleges the ball club shortchanged the derby team, as 3News’ Mark Naymik reported last week. The lawsuit says negotiations between the derby and ballclub “broke down” Tuesday (Oct. 26).

You can watch extended footage of the sign's removal in the player below:

“Major League Baseball would never let someone name their lacrosse team the ‘Chicago Cubs’ if the team was in Chicago, or their soccer team the ‘New York Yankees’ if that team was in New York – nor should they,” Christopher Pardo, the derby team’s lead attorney, said in a statement. “The same laws that protect Major League Baseball from the brand confusion that would occur in those examples also operate in reverse to prevent what the Indians are trying to do here. By taking the name ‘Cleveland Guardians’ overnight, the Indians knowingly and willfully eviscerated the rights of the original owner of that name – the real Cleveland Guardians.”