A percentage of all sales will be donated to Cleveland Clinic Children’s for pediatric cancer research. 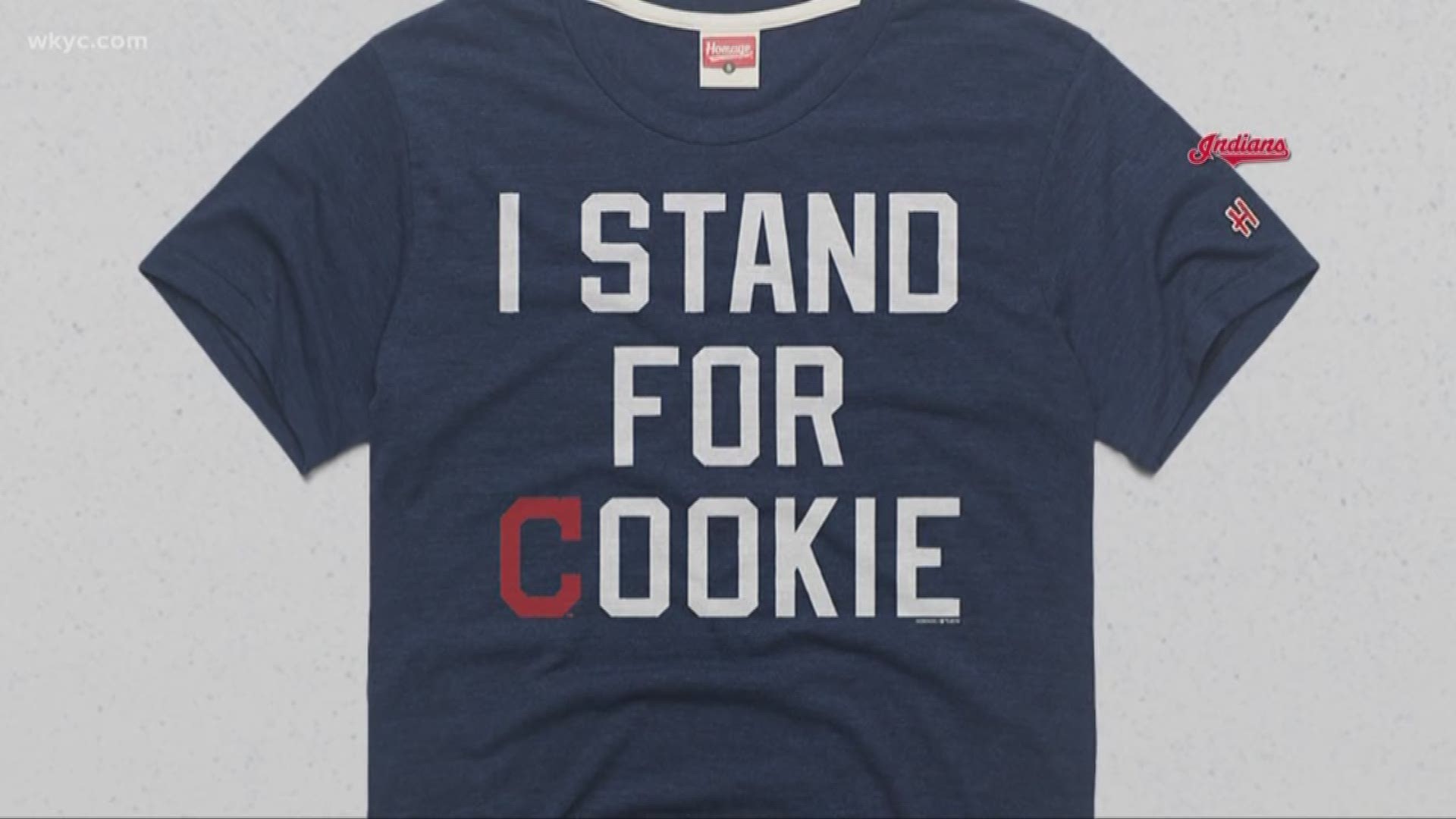 Inspired by the tearful moment involving Carlos Carrasco during last week’s MLB All-Star Game at Progressive Field, the Cleveland Indians have partnered with HOMAGE to release “I Stand For Cookie” T-shirts.

It comes after Carrasco recently revealed he was diagnosed with chronic myeloid leukemia, a treatable form of leukemia.

The shirts will be available at Progressive Field Team Shops starting Saturday, July 20. You can also buy one at HOMAGE stores in Crocker Park and Pinecrest (or online HERE).

A percentage of all sales will be donated to Cleveland Clinic Children’s for pediatric cancer research.

Earlier this month, the Indians released a health update on Carrasco, which revealed he has been cleared for strength and conditioning programs, as well as throwing activity. In revealing his diagnosis, which is considered a treatable form of leukemia, Carrasco said that he has the condition "under control."