Cleveland Indians starting pitcher Carlos Carrasco revealed to a Dominican Republic news station that he has been battling leukemia since last month. 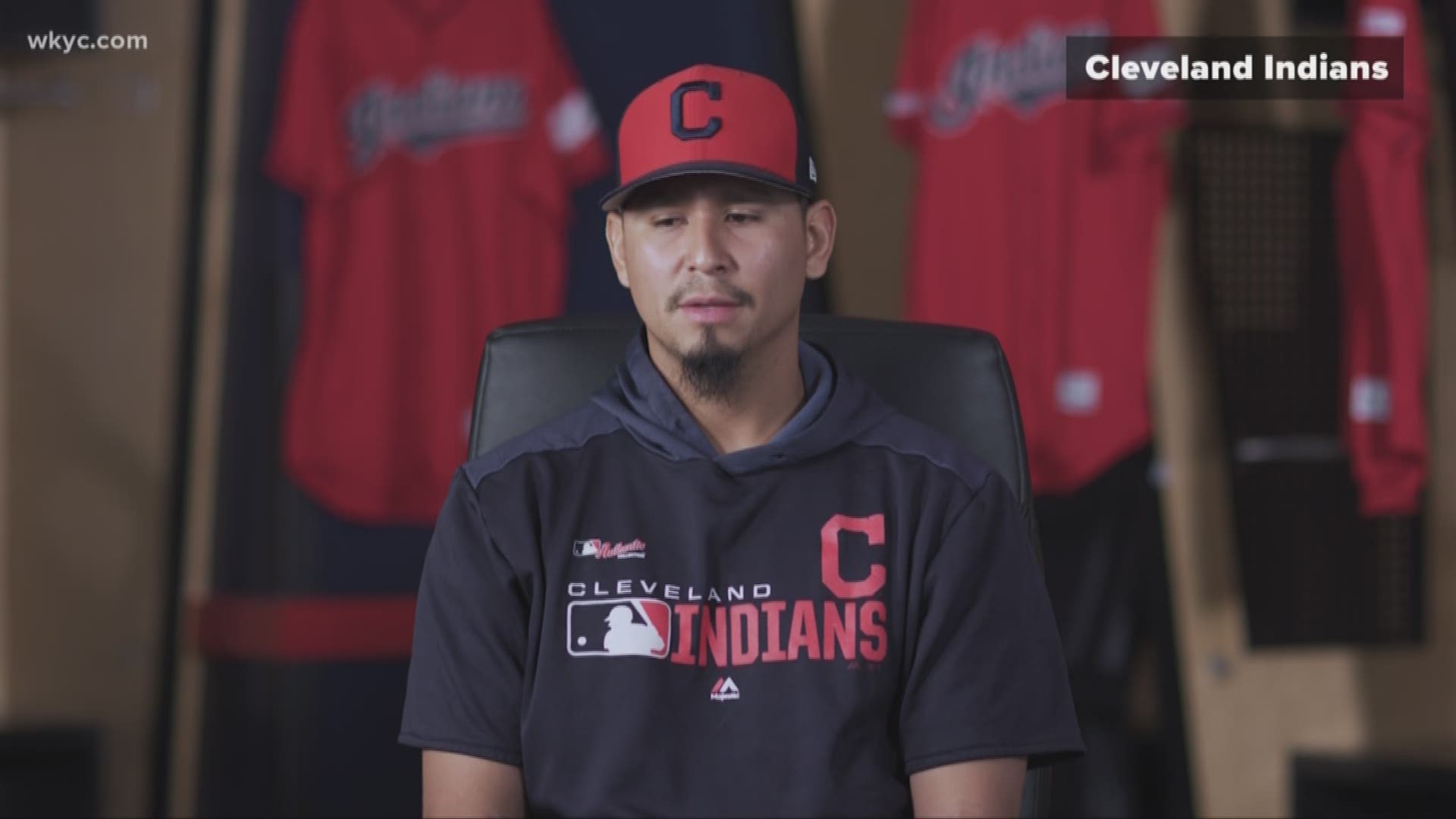 CLEVELAND -- Carlos Carrasco has been diagnosed with leukemia, but the condition is "under control," the Cleveland Indians starting pitcher revealed to a Dominican Republic news station this week.

Carrasco, who hasn't pitched since May 30, revealed his diagnosis to Frank Camilo of CDN 37 in an interview that will air in full on Sunday. In a clip from the interview, the 32-year-old Carrasco says he was having trouble with his energy levels and that tests revealed abnormally high platelet levels before his diagnosis.

Carrasco later released a video message to fans through the Indians Twitter account, saying "This is going to make me stronger than I've ever been." Footage of him spending time with pediatric cancer patients at the Cleveland Clinic.

"I have a lot of people behind me, helping me, especially my teammates [and] my family," Carrasco said, also revealing that he had been experiencing some symptoms as early as spring training.

In June, the Indians announced that Carrasco would be "stepping away from baseball activities" after being diagnosed with a blood condition following several weeks of feeling lethargic. At the time, the team said it expected him to make rejoin the club at some point during the 2019 season.

"He'll get through this with the help of everybody," Indians second baseman Jason Kipnis told reporters, per The Associated Press, last month. "I know the city will be very supportive of him. Every time anyone sees him they will wish him well and ask him how he's doing. I'm sure he'll still have a big smile on his face. He's always in a good mood."

According to Jon Heyman of the MLB Network, the hope for Cleveland is still that the right-handed Carrasco will return to the team this year.

Now in his 10th season with the Tribe, Carrasco amassed a 4-6 record, 4.98 ERA and 79 strikeouts in 12 starts before being placed on the 10-day injured list as the result of his condition. Last December, he signed a 2-year extension with the Indians that could keep him in Cleveland through the 2023 season.