According to Jon Heyman of Fancred, the Indians are nearing a 3-team deal involving Edwin Encarnacion, which will bring back Carlos Santana back to Cleveland. 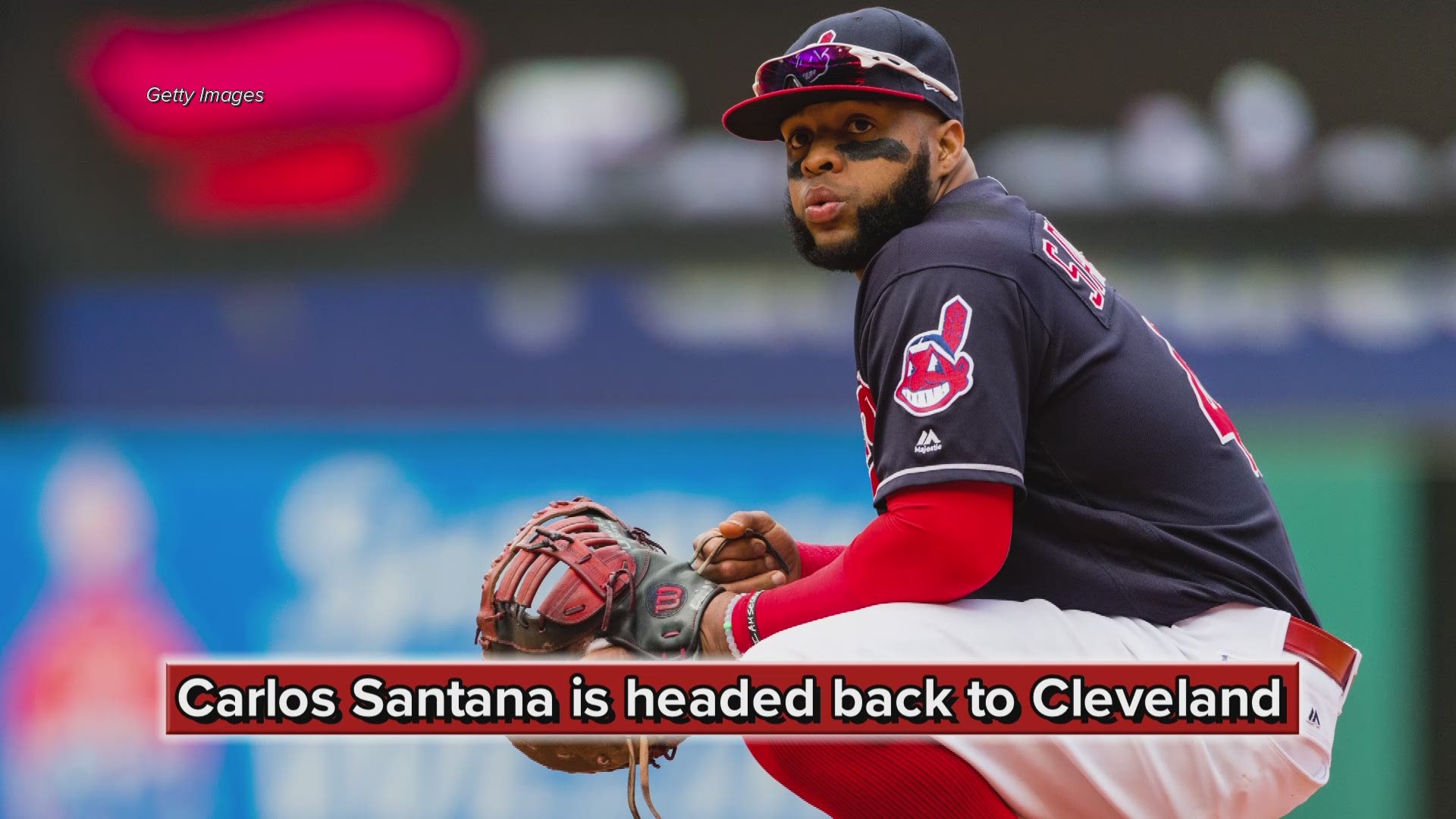 CLEVELAND -- The Cleveland Indians' have made their first big move of the Winter Meetings.

And they're bringing back a familiar face.

On Thursday, the Indians officially announced a 3-team deal that will send Edwin Encarnacion and a compensatory pick to the Seattle Mariners and third baseman Yandy Diaz to the Tampa Bay Rays.

News of the deal was first reported by Jon Heyman of Fancred and the MLB Network.

Santana had been traded to the Mariners earlier this offseason, but will instead return to Cleveland, where he never sold his home. In 161 games with Philadelphia last season, Santana hit for a career-low .229 average to go along with 24 home runs. He still has two years and more than $40 million remaining on the 3-year, $60 million contract he signed last offseason, as well as a club option for $17.5 million available in 2021.

The 23-year-old Bauers, meanwhile, arrives in Cleveland after appearing in 96 games for Tampa Bay last season. After entering 2018 ranked as the No. 6 prospect in the Rays organization, the left-hander hit for a .201 average and 11 home runs.

Earlier this week, Rays general manager Erik Neander told reporters that Bauers "is our guy" at first base.

That, evidently, is no longer the case.

The Indians likely aren't done yet. Dating back to the start of the offseason, Cleveland has been linked to various trade rumors involving its starting pitchers -- in particular Corey Kluber and Trevor Bauer.