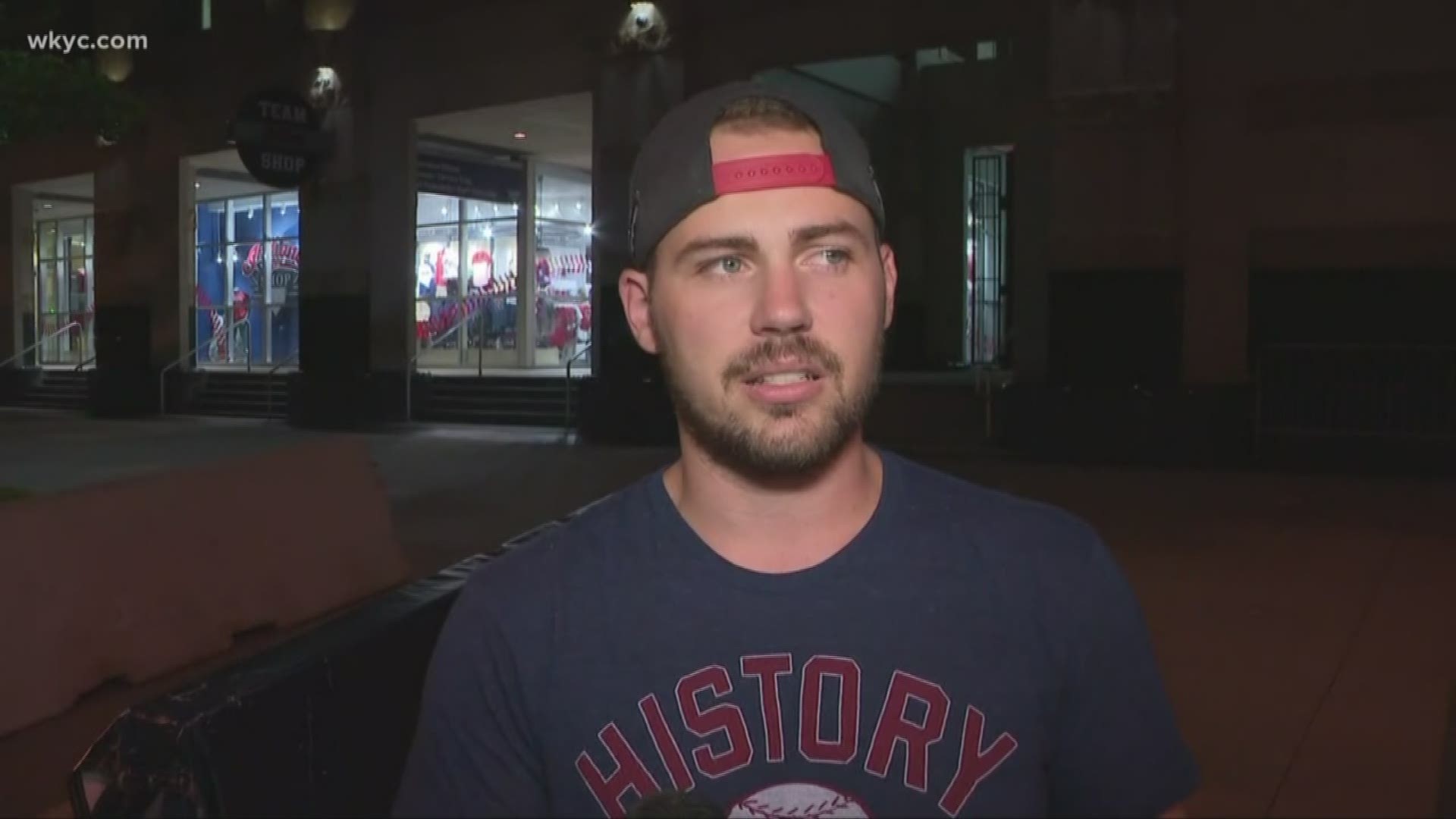 CLEVELAND — The Cleveland Indians have traded right-hander Trevor Bauer to the Cincinnati Reds as part of a three-team deal involving the San Diego Padres, the team officially announced Wednesday morning.

RELATED: Pitcher Trevor Bauer weighs in on Mike Clevinger’s ‘tangled mess’ of hair: Beyond the Dugout

RELATED: What would Trevor Bauer do if he could rule the world? The pitcher discusses his life outside of baseball in 'Beyond the Dugout'

The Tribe received outfielder Yasiel Puig and left-handed pitching prospect Scott Moss from the Reds and outfielder Franmil Reyes, left-hander Logan Allen, and third base prospect Victor Nova in the deal. ESPN's Jeff Passan was the first to report the move. 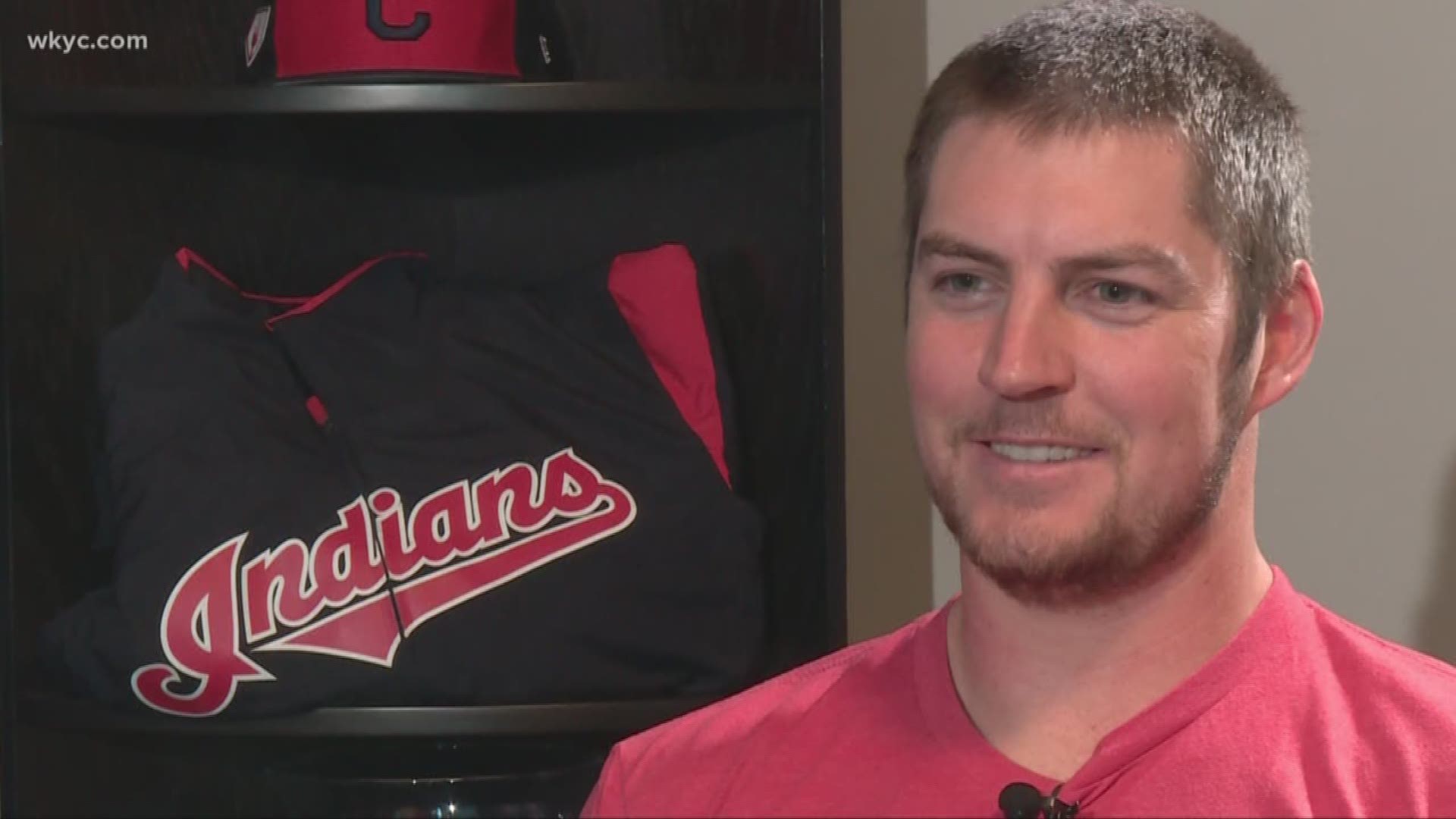 "Over the last several weeks, we explored the trade market in an effort to enhance our competitive position, both by supplementing our Major League roster and infusing young talent into the organization. We appreciate Trevor’s contributions to the organization in his time with us and while it’s never easy to part with a player of his caliber, we feel we’ve traded from an area of depth to help bolster our Major League club for this year and the foreseeable future. In Franmil Reyes and Yasiel Puig, we’ve acquired a pair of right-handed hitting power bats we expect to impact our lineup immediately. We’re also excited to add Logan Allen, a rising left-handed starting pitcher prospect who made his MLB debut this year, in addition to two more young prospects, Scott Moss and Victor Nova, that we’re eager to welcome to our organization."

Bauer learned he won't be suspended for the incident, according to Jon Heyman of the MLB Network. The right-hander will, however, be fined as a result of the toss, which came as he was removed from the contest after surrendering a lead in the fifth inning.

The 28-year-old departs the Tribe after pitching in Cleveland for seven seasons. His career record stands at 68-55 with a 3.92 ERA.

The biggest name coming to the Indians in return is Puig, who was hitting .255 with 22 HR and 60 RBI in his first season in Cincinnati after spending the first six seasons of his career with the Los Angeles Dodgers. His lifetime numbers stand at .276 BA with 130 HR and 391 RBI. The 28-year-old Cuban played in 58 postseason games for Los Angeles. He will be eligible for free agency at the end of the 2019 season.

Allen was one of the most prized prospects in the Padres organization, and was rated as the 98th-best prospect in all of baseball at the start of 2019. He made his major league debut for San Diego on June 18, throwing seven scoreless innings against the Milwaukee Brewers. In eight appearances, including four starts, the 22-year-old Allen posted a 2-3 record with an ERA of 6.75.

The final pieces of the reported puzzle are prospects Moss and Nova. Moss made 20 starts this season for AA Chattanooga in the Reds organization, posting a 6-5 records with a 3.44 ERA.  The 19-year-old Nova has played 26 games for San Diego's rookie league team in Arizona, compiling a .330 average with 1 HR and 17 RBI.